Artist Bjørn Nørgaard: The state of the ground mural "is awful" 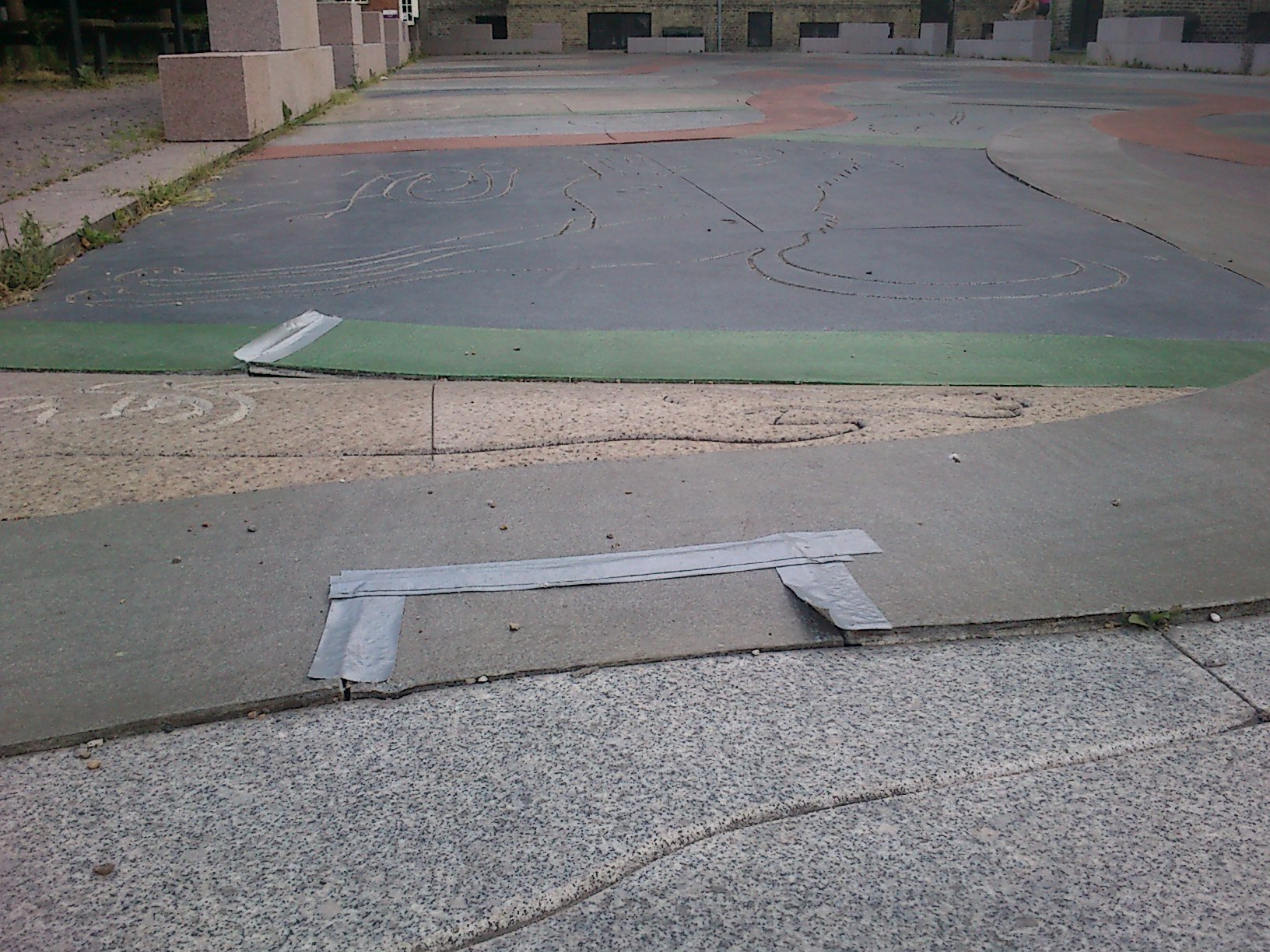 Damaged artwork could be fixed with the ''kintsugi'' technique, using gold. This is of course not feasible, says the artist

Artist Bjørn Nørgaard’s reaction was predictable when the University Post showed him pictures of the damage to his artwork ‘Biological Diversity’:

“No, that is not nice at all, it is awful, it is much worse than I thought,” he exclaimed.

University staff had apparently informed him about the damage, but he had not had the opportunity to see it personally.

Only way to really fix it is with gold

The cause of the damage is the special structure under the artwork that is made specifically for the original metal pieces that got stolen, Nørgaard explains. And you can’t see it because of the concrete material on top. The humidity goes from that internal layer to the one situated on top and produces the cracks.

There is only one real solution that he can see to the recent damage, says Bjørn Nørgaard to the University Post.

The “kintsugi” technique. Kintsugi? Yes, a Japanese technique for fixing broken pottery by putting gold in between the cracks.

“Of course we will have to fix the cracks with some other material cheaper than gold,” he admits.

The restoration of ‘Biological Diversity’ was always meant to be temporary.

Ideally, he would have liked his artwork to be fully restored instead of just a temporary solution.

But that was the agreement with the university, he says. A temporary restoration, with a promise that, within 5 years, the University will gather the money necessary for fixing it.

“Very often you will lose a lot of money by temporarily restoring the exhibition, but that is how politics works,” he said.

Nørgaard is optimistic about a meeting in two weeks time between the artist and the university authorities, he says.