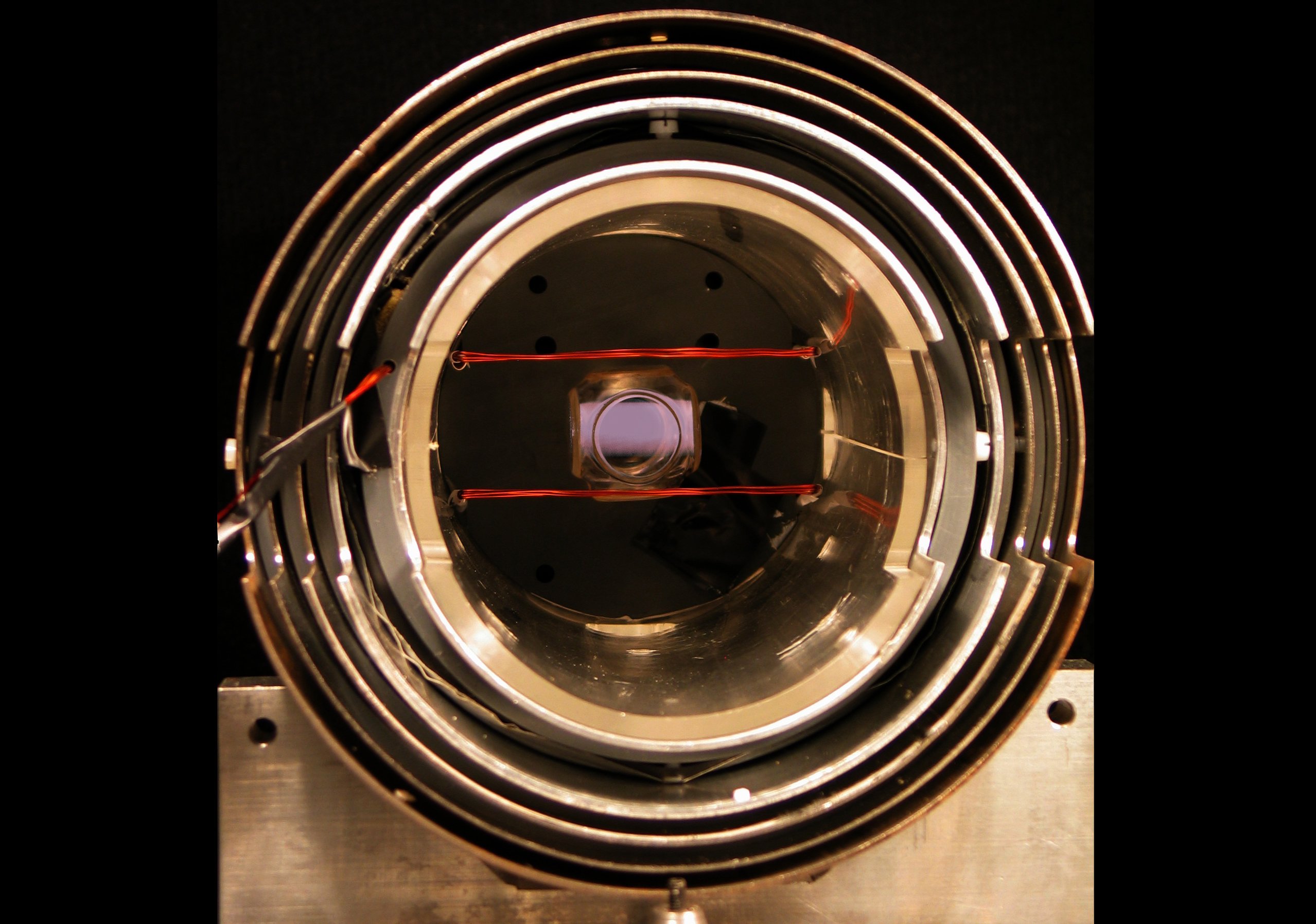 Central part of the magnetometer. The glowing object in the centre is the glass cell with atoms, used to probe the magnetic field. The cell is placed inside a triple-layer magnetic shield, protecting it from external magnetic fields
image: QUANTOP

Scientists at the research centre QUANTOP at the Niels Bohr Institute have created an atomic magnetometer, finally achieving the ultimate sensitivity allowed by quantum mechanics.

The atomic magnetometer is in fact so sensitive it can measure a magnetic field that is a hundred billion times weaker than the Earth’s magnetic field, in just a second.

This makes it possible to measure the electrical activity in the human brain and heart, or the chemical identity of atoms.

Atoms have a fundamental property, ‘spin’, making them act like small magnets sensitive to external magnetic fields. The sensitivity of a single atom is very limited, so atomic magnetometers are usually built with billions of atoms.

So what allows this atomic magnetometer to achieve the levels of sensitivity previously unattainable? University Post asked Professor Eugene Polzik, Director of the QUANTOP Center, for a brief and simple explanation:

»Unlike the previous versions of atomic magnetometers, the sensitivity of our magnetometer is limited only by quantum mechanics. We achieve this by using several new ideas,« Professor Eugene Polzik explains:

»First our magnetometer consists of two atomic objects which can be “entangled” or “quantum correlated” with each other. This allows us to cancel quantum noise which is common for the two objects and hence increase the sensitivity.«

In the press release on the Niels Bohr Institute’s website, Professor Eugene Polzik also adds that their »quantum magnetometer functions at room temperature which makes it a good alternative to the expensive commercial superconducting magnometers (the so-called ‘squids’)«.

»It has the same sensitivity with a cheaper and simpler instrument«.

The results have been published in the scientific journal, Physical Review Letters, and can be read here.