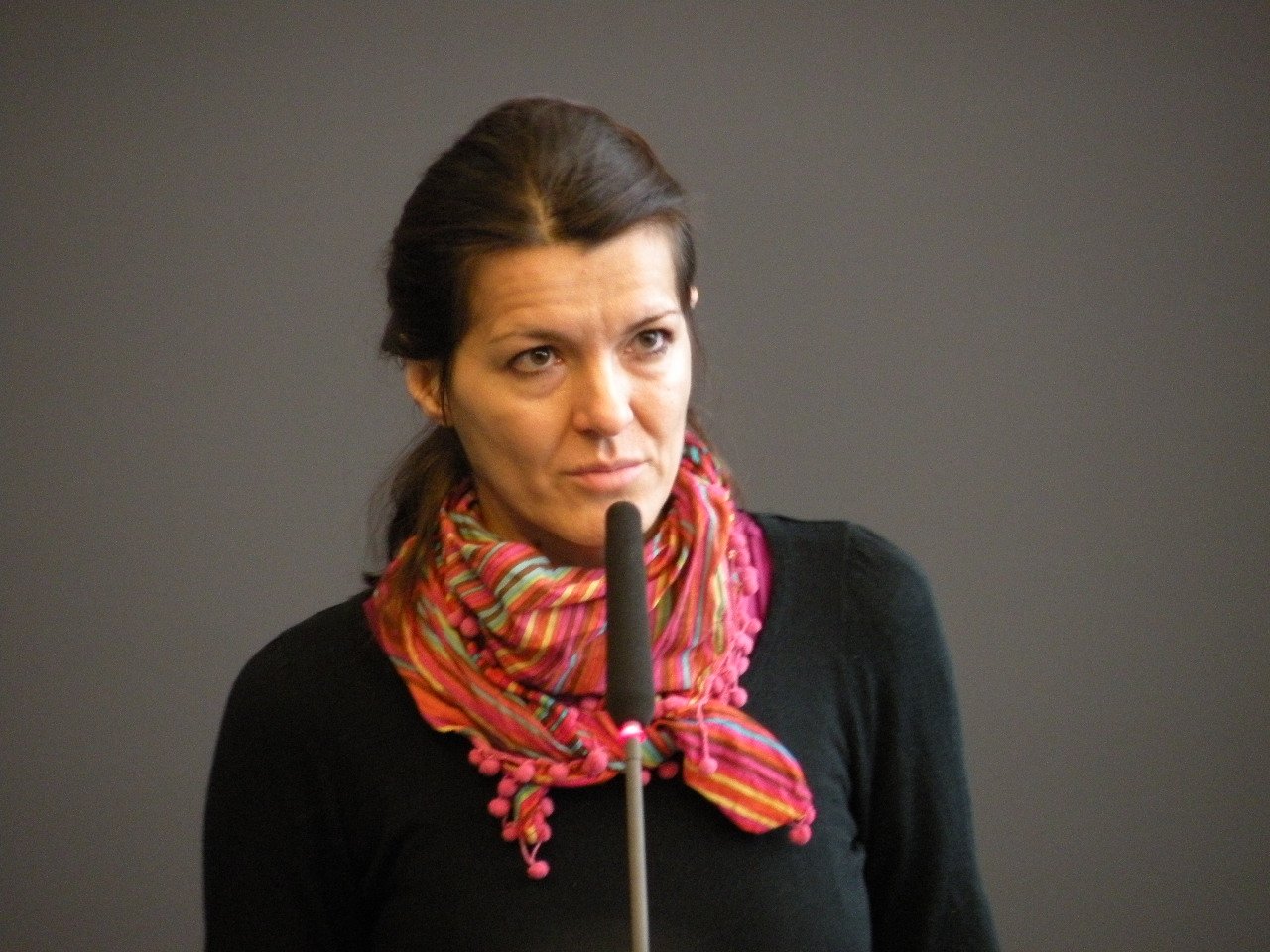 Bosnian Radmilla Rajic Njue spoke of her personal experiences as a refugee from Bosnia in Denmark
image: Luci Ellis

To commemorate Auschwitz Day, Bosnian Radmilla Rajic Njue spoke to high school students about the disorentation and confusion of being refugee from a country affected by genocide, at University of Copenhagen, Amager

Today is Auschwitz Day; 27 January – the anniversary of the liberation of Auschwitz concentration camp by Soviet troops. 600 or so high school students will visit the university of Copenhagen, Amager, over the next three days to discuss »Dangerous perceptions,«; how perception of others can lead to genocide.

Bored high-school students are a notoriously difficult crowd. Their anxious teachers remind them over and over to turn of mobile phones. One class troops in half an hour late, to applause.

However, Bosnian Serb Radmila Rajic Njue has their attention as she tells the story of her dramatic transition from music student, cramming for an exam, to refugee.

Radmilla’s family lived in a Muslim area of Old Sarajevo, and despite Muslim neighbours’ attempts to protect her and her family, was forced to leave, alone, under the cover of darkness. A refugee at the age of 20. She came to Denmark in 1992 and has lived here ever since.

»Everyone can be hit by dangerous perceptions,« she says, explaining her own and her family’s disbelief and disorientation at the time the war broke out in Bosnia.

»We were told by our neighbours that ‘you have to get out now, otherwise heads will roll – literally’. It seemed like a temporary insanity, some kind of a science fiction movie, and I think we all believed that we would wake up in the morning and it would all be over.«

Four months after Radmilla left Sarajevo, her parents, who had remained in their house with their youngest daughter, just 14 at the time, were woken by armed men banging on the windows. They had just 20 minutes to pack and leave, and just a few kilometres down the road they heard an explosion. Their house had been destroyed.

As Radmilla herself states, the Serbs have often been portrayed as the villains in Sarajevo. She herself finds it hard to conceive of how the genocide in Srebrenica, was able to take place. However, there were tragedies and civilian deaths on all three sides of the conflict, she says.

Addressing the question of how genocide can come about, she states that manipulation is easiest when people are without hope; at times of unemployment or uncertainty, religion and nationalism merge and young men in particular seek to belong.

Read more about him here.