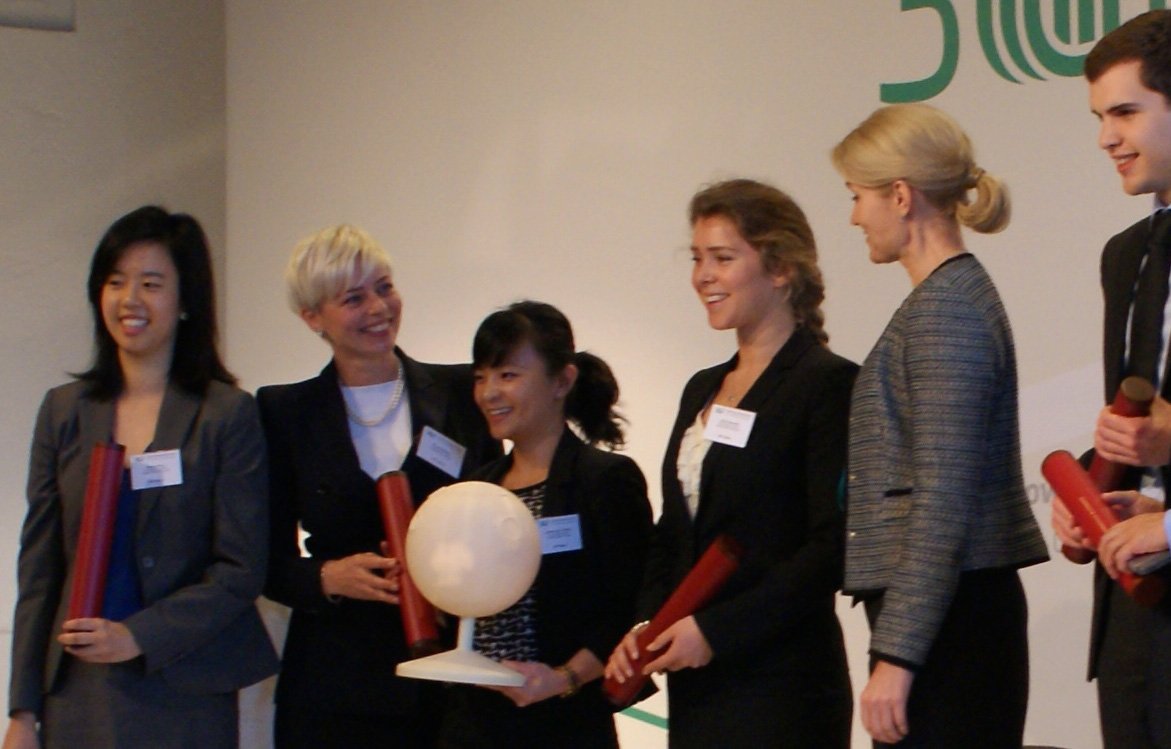 Australian team 'Terra Solis' from ANU in Canberra took first place in the international law moot, persuasively arguing against wind turbines as technology, and in favour of other policies. They got the prize from Danish Prime Minister Helle Thorning-Schmidt

The jury, consisting of Indian, Australian and Brasilian members, had an hour and twenty minutes to decide who had won this year’s competition. The winner was then announced by the Prime Minister Helle Thorning-Schmidt at a special event in connection with the diplomatic gathering in Copenhagen for the Global Green Growth Forum (3GF).

In the final round, teams were allowed to speak only on the command of “you got the floor”.

Team members were addressed by their honorific titles, like Sebastian of the UCPH team who was ‘Minister of Environment’.

The dramatic tone was upheld throughout with climate change threatening, and teams contesting on how they would change global policy.

The discussion was turn by turn, punctuated by questions from the chairman, and with teams trying to corner teams, challenging the feasibility of their arguments and linking them to legal issues.

Not enough space on this earth

The different methods and products to alleviate climate change – turbines, hydrogen technologies and solar energies – were all at stake. When products were strong, other teams tried to shake them on legal issues.

“We dont have enough space on the earth to put wind turbines and provide energy for everyone,” Australian contestant Alexander said at one point, targeting specifically the Danish team.

The Danish team from UCPH was disappointed, but glad to have taken part. “We are happy to have done it. And the most important is to take part in the competition,” Amanda Elizabeth Rischel a law student from UCPH.