Beyond the code - making artificial proteins 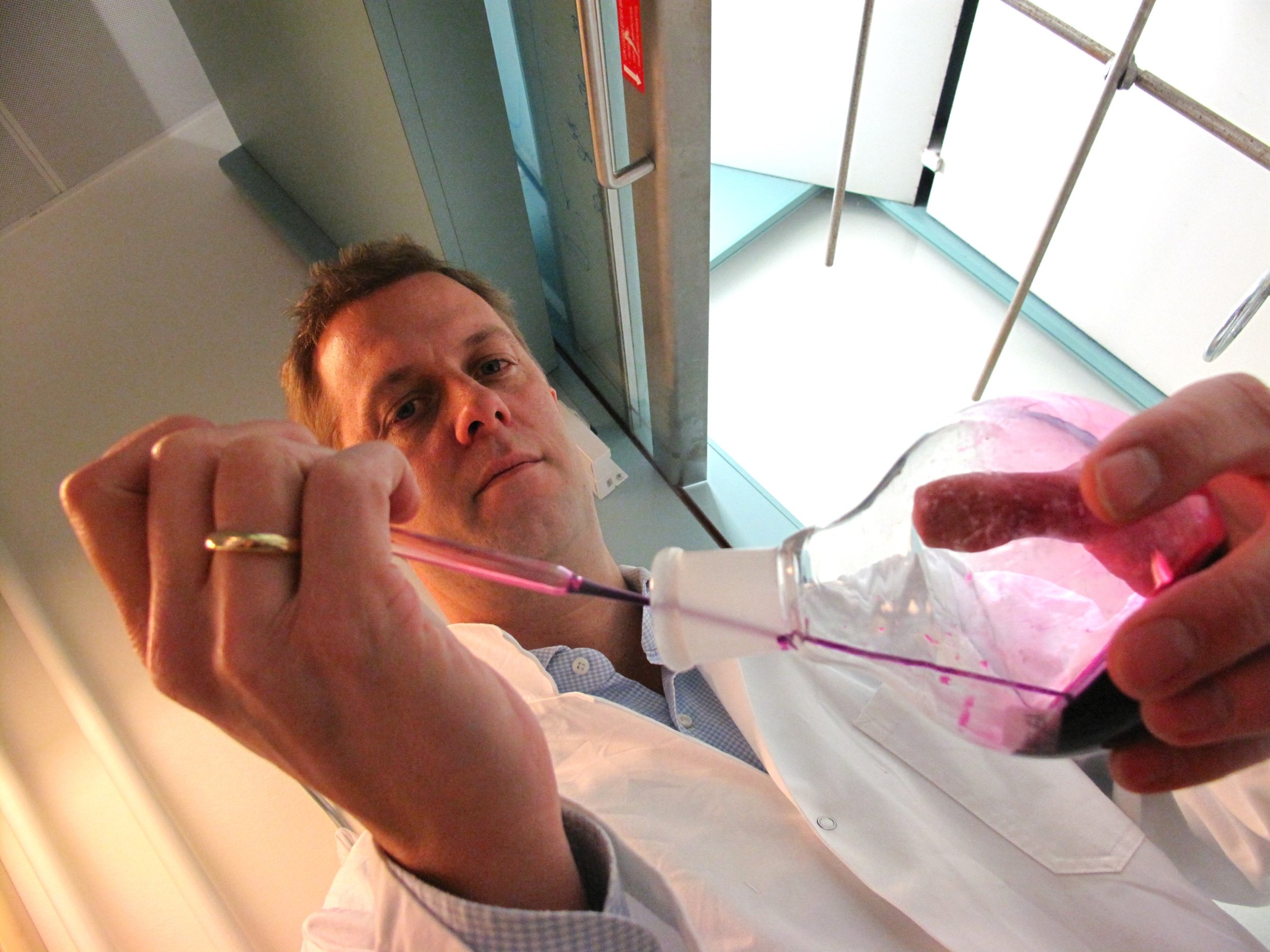 Nature can only get you so far: Kristian Strømgaard and his team are now taking the next step

Proteins do all the work. They digest food, fight bacteria and viruses, and in the brain they sense the outside world and process signals.

But for pharmaceutical researchers hoping to find new ways to fight illnesses, the body’s hard-working natural proteins have their limitations.

So scientists at the Faculty of Pharmaceutical Sciences are generating new artificial ones. In the long term, these new proteins may be the scientific basis of the fight against illnesses like Alzheimer’s disease.

»There are inherent problems with proteins as targets for drugs, but in the new emerging field of protein medicinal chemistry, we are modifying them to make them more useful,« explains Professor Kristian Strømgaard, a professor of chemical biology.

For the biological effect

Proteins are made up of complex chains of amino acids, building blocks that, following the genetic code, are combined in different ways depending on their function.

In a state of nature there are only 20 different amino acids, and this puts an upper limit on the types of protein that a body can produce and the effectiveness of drugs. Kristian Strømgaard and his team are creating their own building blocks, thereby multiplying exponentially the number of potential proteins:

»What we are trying to do is to expand beyond the finite number of amino acids, beyond the genetic code, so we can tailor the proteins to be new targets for drugs, thereby achieving a specific biological effect,« he says.

Pharmaceutics is related to the Ancient Greek word pharmakon, meaning both a cure and a poison at the same time. The ambiguity of it was not lost on ancient and recent philosophers, where the word is a metaphor for the dialectic of truth and appearance, essence and derivative.

There is an aesthetic to Kristian Strømgaard and his colleagues’ experiments that would not be lost on the Greeks.

In their main area of research, they use egg cells, oocytes, from frogs as a host to express the proteins with the new unnatural amino acids.

They then measure the activity of receptors in the frog cells. The measurement of the activity of the unnatural proteins within the cell are often combined with the use of a toxin from spiders.

»An exquisite tool to study these unnatural receptors«, Kristian says.

Industry would have closed us down

Some of the most successful companies in Denmark make drugs: H. Lundbeck is a world leader in anti-depressants, while Novo Nordisk is known for drugs against diabetes.

Yet he is hesitant to say that he is in the drug-making industry, yearning for the next blockbuster.

»This is very basic science, and making drugs is not my primary focus. Industry is much better at making drugs than we are,« he says, before adding:

»We have struggled with this technology of introducing unnatural amino acids into proteins for many years and industry would have closed us down five times!«

That said, the work can turn out to be the first stage in a drug discovery process. And close work with pharmaceutical companies is an advantage, not a limitation to science, he says.

»Working outside industry, there is the risk that nobody cares – but here we have somebody looking closely at our work, suggesting improvements. Sometimes it is important for us to verify whether we are doing something relevant«.

Whereas a company like H. Lundbeck or Novo Nordisk must always ask the question: Are these compounds potential drugs? Scientists can pursue tailor-made proteins for their own sake, not knowing where their science will lead, he explains.

»In one way, our team now has the best of both worlds: We have the complete freedom of research, and we also have the patience.«