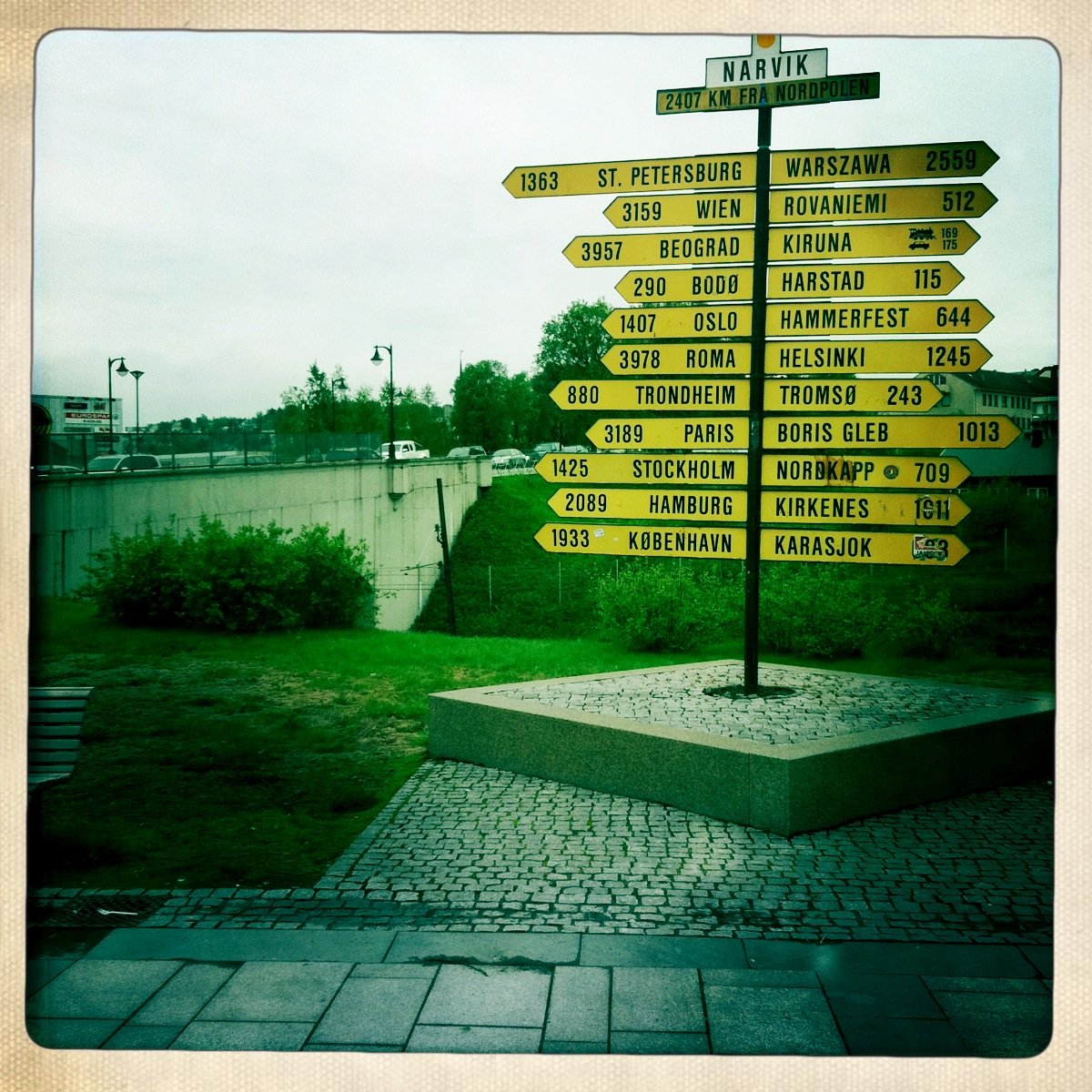 The six hardy men have reached Narvik, a town in Norway that is an awful long way up north
image: Katja Kjær

The hills in the north of Norway are steeper and the tunnels more dangerous than they imagined, reports medical student Katja Kjær, as fatigue is setting in. But the University of Copenhagen biking experiment continues

During the last four days, the six men from Ventoux, determined to complete the trip Copenhagen to Nordkapp, have moved into the crucial part of the trip.

As challenging surprises occur as well as important milestones are achieved, the six guys are starting to have their own equally exhausting infirmities.

Leif is having trouble with his knees, Lars with inflamed heels, Jens with his back and an ache in his neck, and the whole group is starting to complain about muscle weakness and tiredness. The weather is an all-powerful joker, letting the six friends alternately ride in sun from a cloudless sky through cloudbursts of rain, every day.

On cold days with rain and around three to five degrees Celcius, it is difficult to keep up the spirit, and small things are starting to become important for the riders. For example the fact that they are now more than halfway. They passed 1500 km on day 8, arriving at the Arctic Circle, after a 15 km long climb up a 7 per cent gradient. It was celebrated with a heavy intake of energy bars and gels, coffee, and cheering from us in the support team.

The six friends seem to be able to find the energy, and they are still keen to reach the Northern Cape on their bikes.

The route (which they had planned using Google Earth, before taking off) has been rendering some surprises. Hills are steeper and harder than any of the men had imagined, and no-one had given much thought to the numbers of tunnels which are dangerous to drive through, especially without lights, which none of them have brought with them.

But not everything is difficult. Between the challenges, for the riders – when they have the energy to notice, we pass through the most beautiful scenery of Norway, with wild moose and reindeer along the roads and rushing streams between snow-capped mountains, and salmon leaping. We in the research team tried, but failed dismally to fish salmon. Obviously, as academics, we are incapable of doing anything.

The oldest in the group, Erik K., 72, is having trouble keeping up pace, and he has been arriving later than the others the last couple of days. The group is working hard together to help each other, and take turns to push each other over the most exhausting mountain tops, and remind each other to keep drinking and eating. Something that they tend to forget, when the weather is cold, or when extremely tired.

From a scientific point of view, it is important that they all finish, which is why the research team has taken turns supporting the group and riding with them the last 50 – 100 km every day, to keep up spirits. This is the part of the trip, where one or two of the six friends might choose to withdraw from the project, and the support team, research team and the bikers are working together to avoid that. For example by stashing up on ibuprofen, voltaren gel, hydrocortisone lotion, energy drinks with new flavours, and bars with new flavours.

Today, stage 11, they ride through Narvik and in a couple of days – hopefully – all six men will have reached the Northern Cape, where they will be subject to muscle and fat biopsies and blood tests, to see what the impact of these 14 days of hard work has had on their bodies.

We will keep in touch with the top stories from the trip. Will all six men reach the Northern Cape on time?