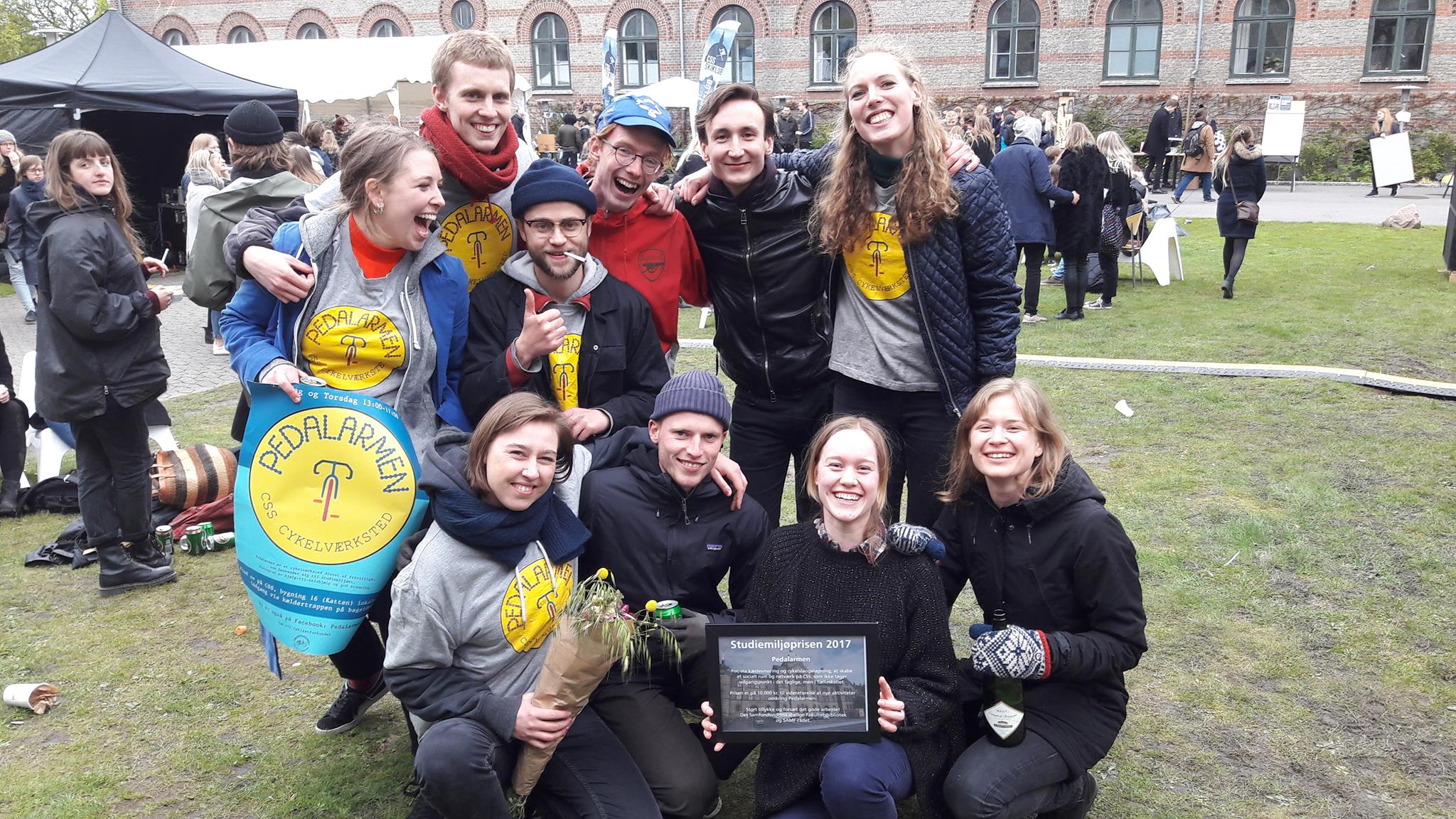 Prize winner — This year’s study environment award was awarded during campus day at social science campus CSS. The winner is the ‘crank arm' or Pedalarmen initiative – a volunteer driven cycle workshop, which has students from different study programmes meeting over rusty chains and worn out tubes.

This year’s winner of the study environment award at the CSS campus is the Pedalarmen or ‘the crank’ initiative, a voluntary bicycle workshop in a hidden basement under building 16, where students from all corners of CSS can do anything but hear presentations while cleaning chains and discussing feminism. Here anyone can borrow tools or get help in repairing their bike. 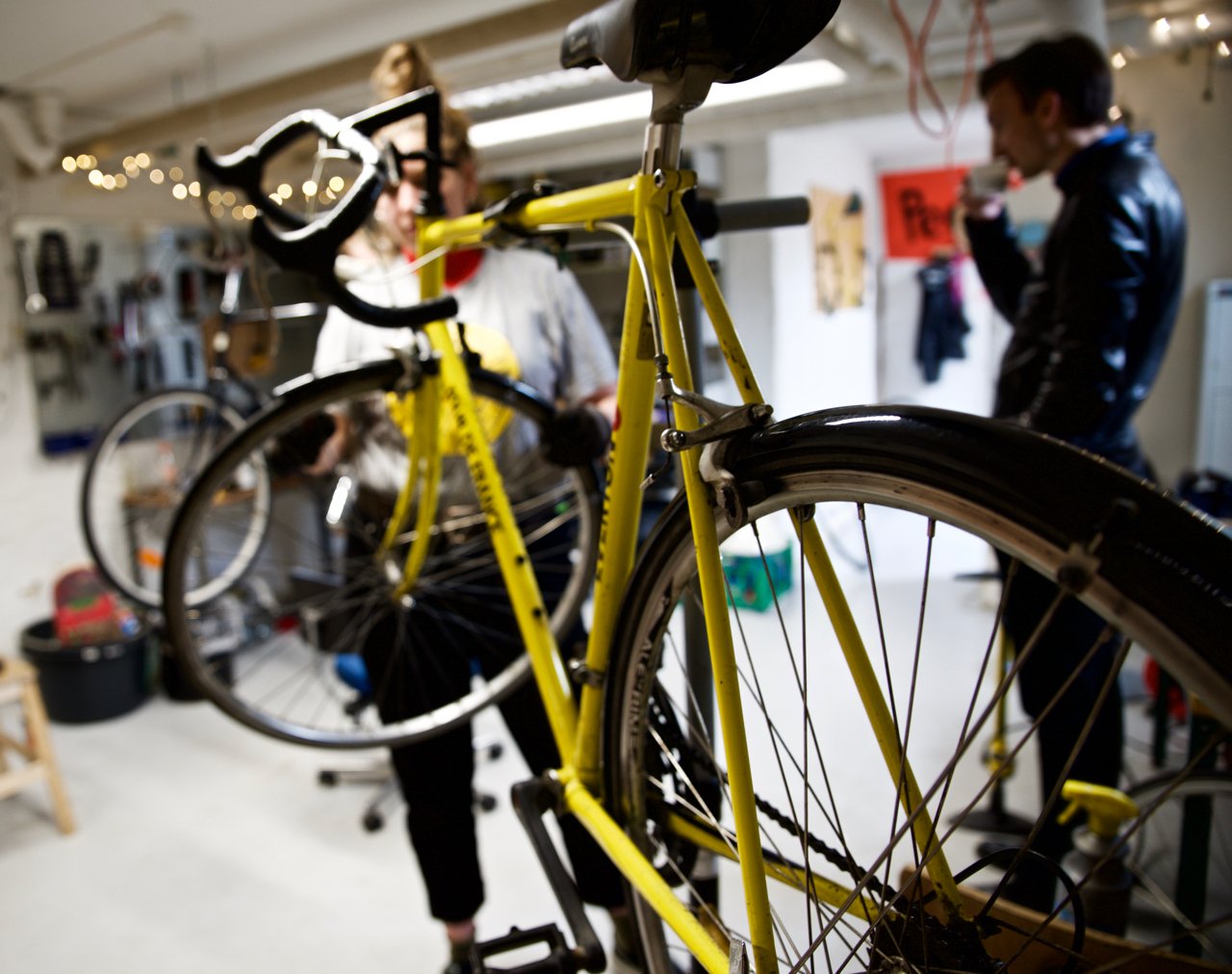 From queer and critical dialogue to interdisciplinary community

Anna Asghari studies sociology and is one of the founders of the Pedalarmen initiative. For her, the ‘crank’ started 4 years ago with a failed pop-up event on a rainy day and an anarchistic vision.

“We did our first pop-up event on CSS and it was a disaster. It was pouring with rain, and we were trying to get a pavilion up, which just kept rolling over. Fortunately, we had taken a crate of beer to try to attract people. It was a real crappy day. Luckily the free beer helped,” she says smiling.

A few years later, Anna Asghari and her friend Andreas Løppenthin took up the idea again. They cleared a basement room and soon the pedalarmen, as it appears today, took shape.

“At first we had a lot of political thoughts. It started out as an anarchistic, queer, revolutionary, bike workshop. We had to be everything that broke the norms and was critical. Over time, we got new volunteers from subjects such as political science and economics, and we had to reconsider many things,” says Anna Asghari.

With each semester, more and more volunteers have come to the initiative and the Pedalarmen today has volunteers from almost all subjects on campus. 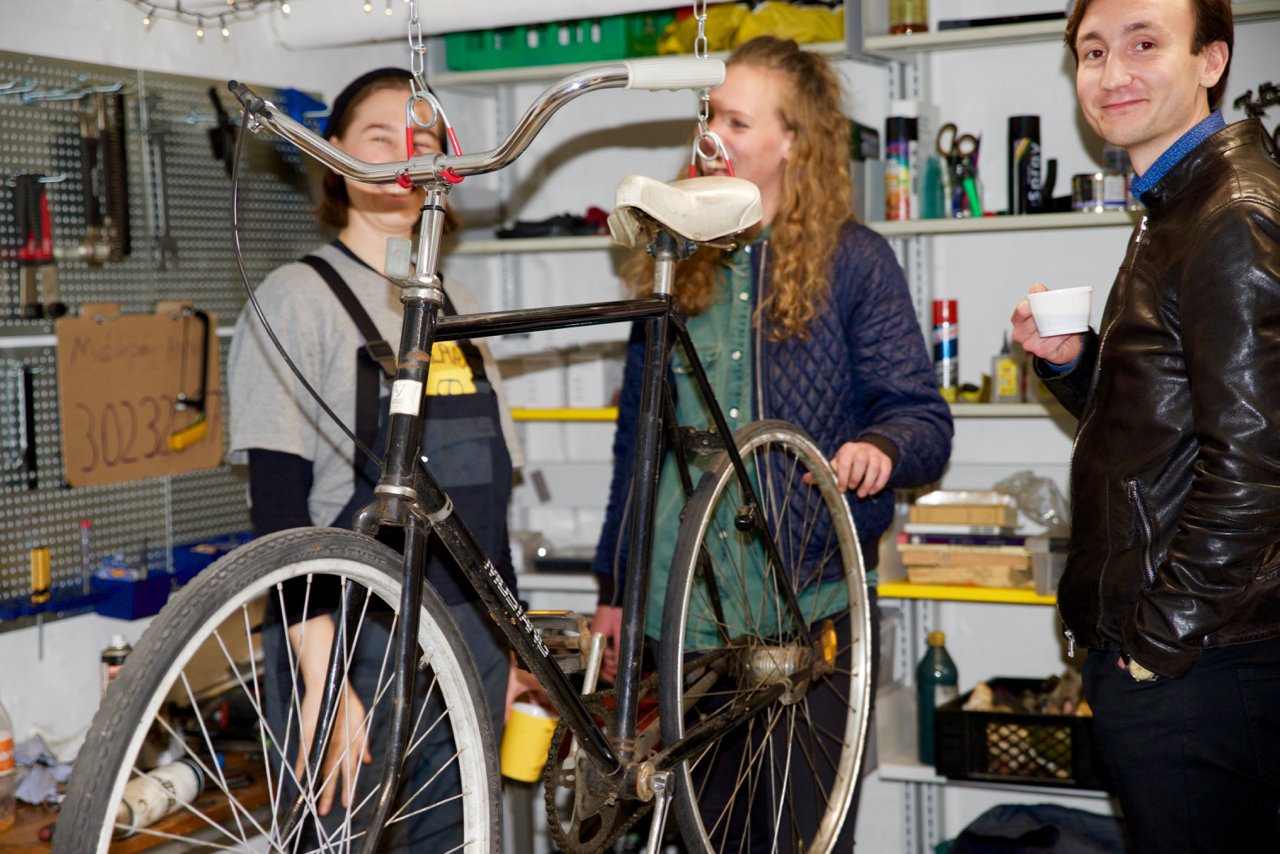 To meet about other things

Sofie Stubkjær studies political science and is a volunteer in the Pedalarmen and she really enjoys it.

“It’s really nice to talk to other students about something else than assignments or beer,” she says, and continues eagerly:

“On the other hand, I never think I’ve had so many discussions about feminism as down in the Pedalarmen – there are just so many sociologists!”

In the nomination, the Pedalarmen was described as a place that ties study fields together and where you can learn and get a helping hand. Not least, it was honoured because it had no particular academic affiliation. The nominator reckoned that this was precisely what gave the place its strength.

“The social environment at the University of Copenhagen is essential for the students’ well-being – and therefore also for the quality of their learning. I am convinced that this can help prevent dropout,” he says.

According to Sofie Stubkjær, the volunteers did not expect to receive this year’s study environment award, which is now displayed in the workshop.

“We knew we were nominees, but we did not expect to receive it, there are so many associations that do good work. We thought of ourselves as the ‘joker’ because we do something non-academic.”

Sofie Stubkjær explains that the money was well-received and that in general there have been cuts to several student campus initiatives. Anna Asghari adds that some of the money has already been set aside for new tools.

“They are going to a new drill, because the one we have now is really bad. We also need a truing stand for wheels and we want to spend money on a lot of courses and volunteer development,” she says. 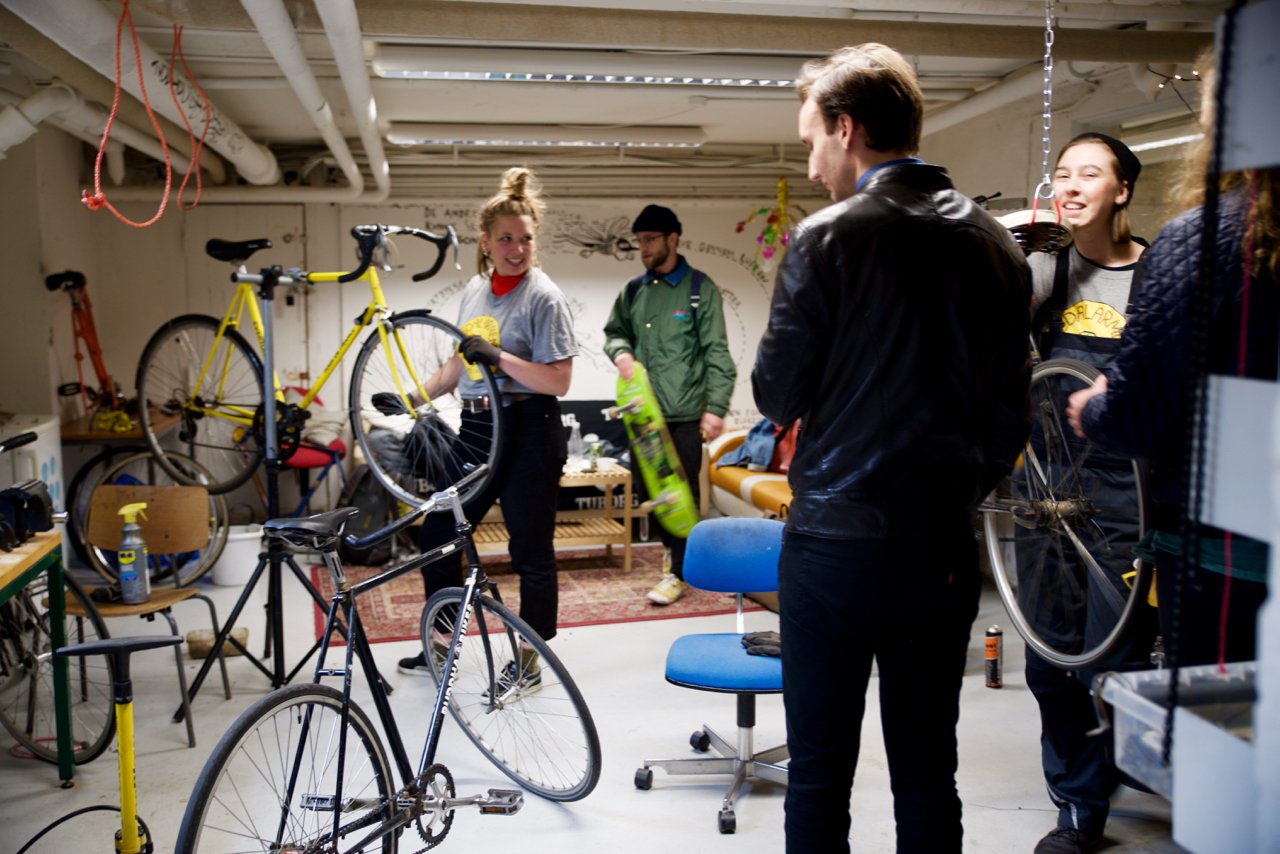