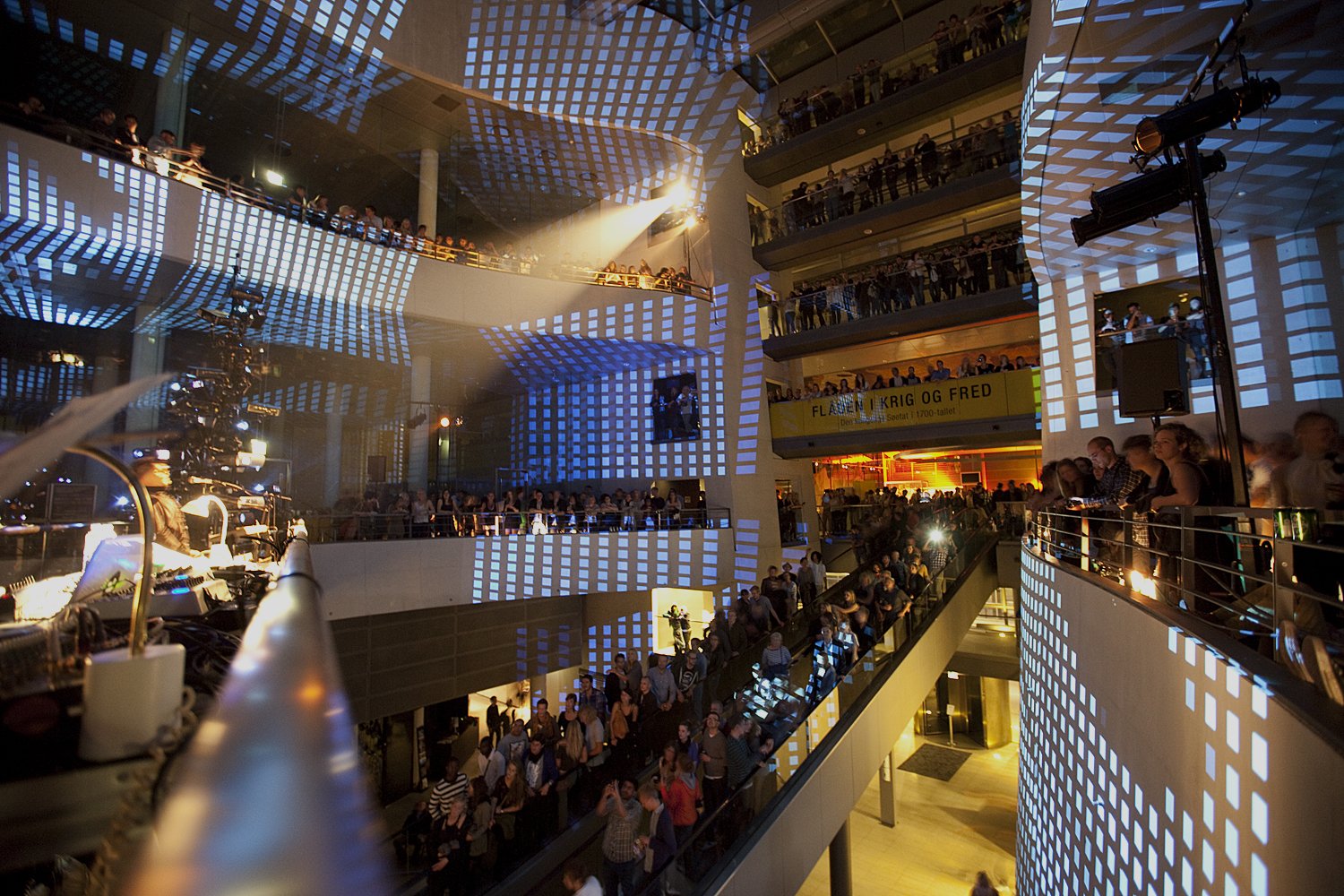 The Black Diamond will host a students only party on 16 September
image: Johanne Fick

Defying the critics, the Black Diamond library will repeat its party for students this year. But, organisers say, for the event this Friday 16 September, tickets will be given to partygoers beforehand and the amount of people coming in will be controlled better

Last year, what was supposed to be happy ‘Black Diamond’ Royal Library event ended in acrimony, disappointment for hundreds if not thousands of students, and a subsequent war of words on these pages.

Depending on whether you believe the organisers’ or witnesses’ estimates, between 600 and 2,000 students waited to enter the party.

Thousands of students are expected to party again this year at the Royal Library on 16 September, as the Black Diamond opens its doors for the third annual Students Only! Fest.

The event is a part of the Royal Library’s network for students that gives access to a variety of cultural events happening at the Black Diamond building annually.

According to last year’s organisers, they didn’t expect so many students to turn up at the event. However, the house was full in the first fifteen minutes, and couldn’t be refilled with those waiting as few left the event.

»We have taken the liberty to make tickets this year. This will be able to control the amount of people coming into the event and ensure entrance,« comments Lise Bach Hansen, Producer for cultural events at the Royal Library.

Nonetheless, the organizers encourage students to buy their tickets soon to avoid disappointment and to show up at the event as soon as possible.

The theme this year is inspired by Persian poet Rumi, who lived during the 11th century. Famed for the beautiful tone of his poems of liberty, spirituality and love the event organizers promise a similar atmosphere.

»His universe is the whole theme of the evening,« adds Hansen.

Hansen promises images of oriental starry nights, seducing colours and lights. Even the musicians playing at the event must read about Rumi in preparation for the event.

»The event will be totally opposite of an event like Distortion, which is a cold and fleshy techno party. This even will be a warm and seducing night. We are tired of these Copenhagen parties, as they are too cold,« assures Hansen of the atmosphere.