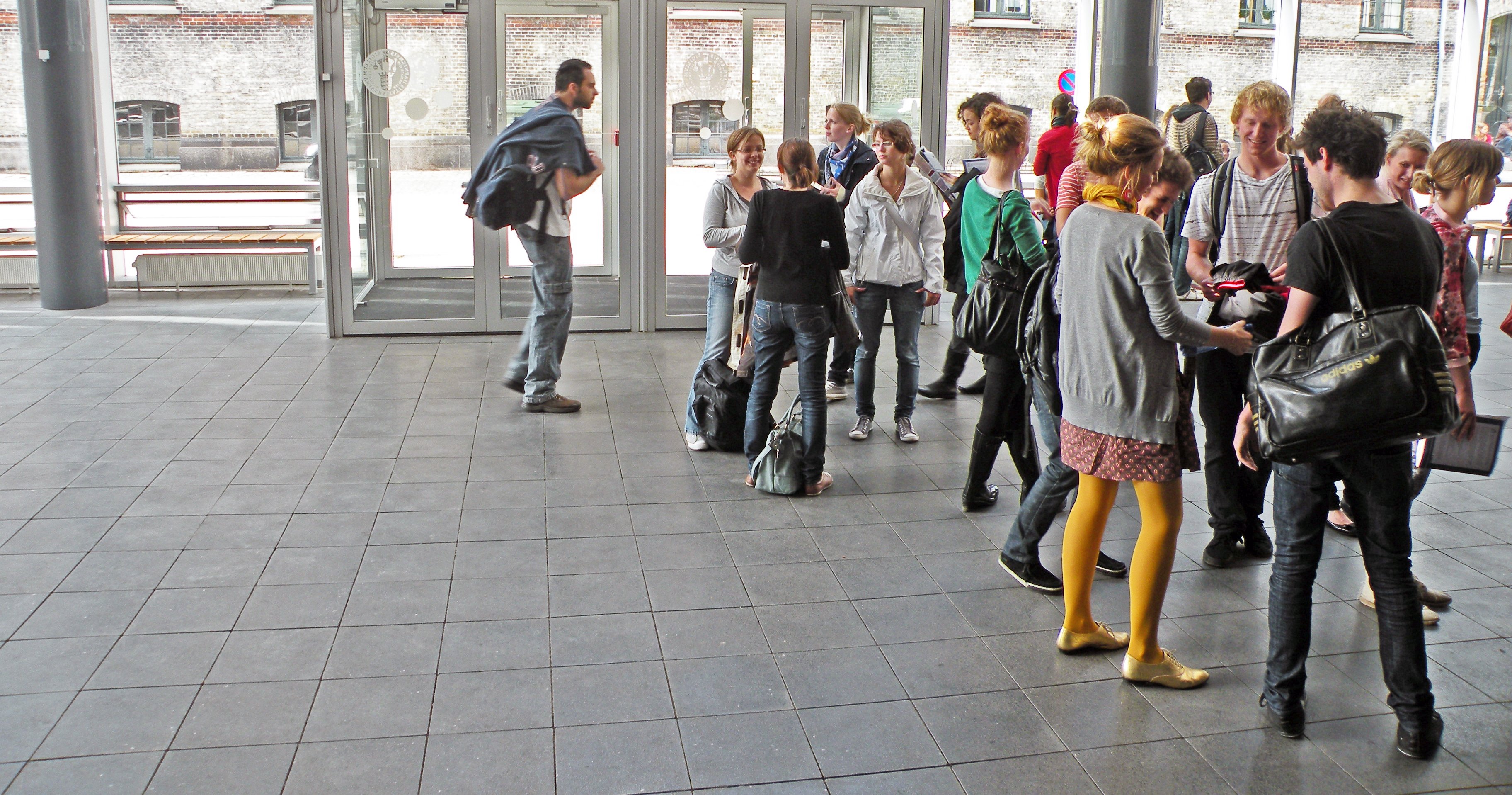 Just before the queues started for the intro meeting
image: Luci Ellis

Around 500 curious students packed into the Christian Hansen auditorium at the Faculty of Social Sciences (CSS) Monday afternoon.

See our photo gallery of the event here.

The first hour of the meeting was highly practical: the Danish welfare state has a lot to offer, but requires a whole list of papers to be filled out. Unfamiliar with these, the audience had to take notes continuously.

But when the grading system was presented, the new students stopped writing and gazed. Could this be the culture shock? If we are to believe the International Office at the University of Copenhagen, students don’t need to worry about getting homesick just yet.

According to their presentation, the culture shock has four stages, the present being the wonderful »honeymoon« stage.

Following presentation of courses in Danish culture, students witnessed one of them: black Danish humour – surprisingly enough from the teacher in academic writing.

The ESN (International Erasmus Student Network) was also present, using the word »beverage« seven times as a tempting part of the presentation of their activities.

Our own University Post was on the same wagon and gave out flyers with a free beer included – of course to be consumed at the soon-to-be-opened student house.

To major in botany

A big part of the presentation was on housing – a problem for internationals, especially those used to dorms on campus. However, Sam from Sidney is already settled in Copenhagen.

»I live in Nørrebro. They say it is dangerous there, but I disagree. I really like it!«

Although he became a tad jealous when Diane from California told me she lives in the hypermodern Tietgen Collegium. She wants to major in botany.

«I wanted to live in Scandinavia, and Copenhagen seemed like the right place», she said.