Blæsedalen reveals the carbon balance in the Arctic 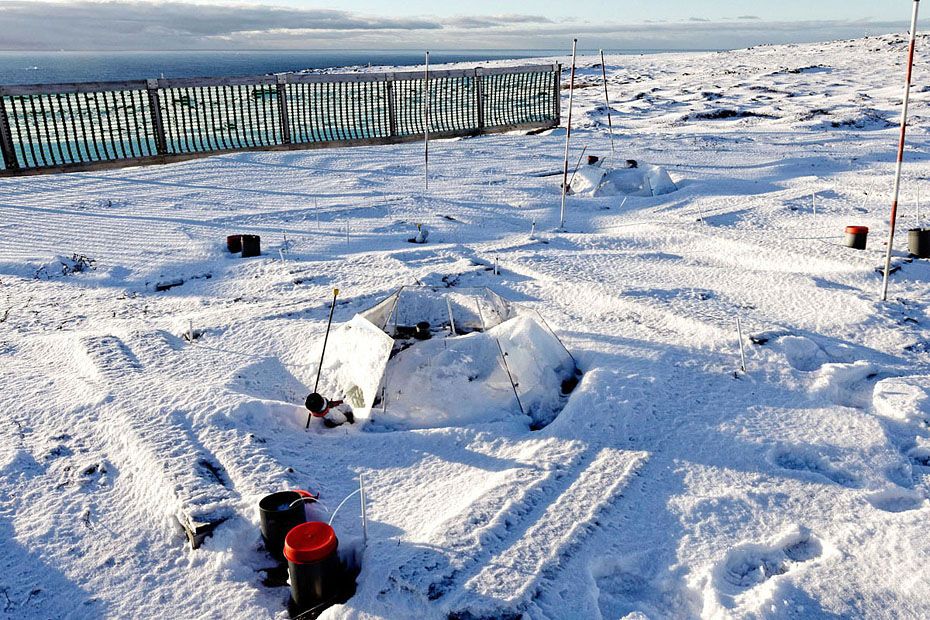 EMISSIONS – It snows here. In the glacial valley Blæsedalen, researchers are trying to find out how much carbon the tundra contributes to the atmosphere and global warming
image: Anders Fjeldberg

ADVENT CALENDAR 2016 – A few kilometres from Arctic Station, researchers are investigating the carbon balance in the Arctic. Enjoy photos and coverage from Greenland leading up to Christmas Eve.

If a deep permafrost on the ground in the Arctic dries out due to global warming, will it release greenhouse gas CO2 into the atmosphere by uncovering the huge volumes of organic carbon beneath?

Will it eventually release catastrophic volumes of CO2, so much that the attempt to limit global warming to an acceptable level will become pointless – with catastrophic temperature increases and climate changes to follow?

On a slice of the tundra, a few kilometres east of the Arctic Station on Disko Island in West Greenland, researchers from the Center for Permafrost from the University of Copenhagen are attempting to find out the answer.

The area lies in the glacial valley ‘Blæsedalen’ which means ‘Windy Valley’ in Danish, thus called because the winds from the central part of Disko Island fall between the island’s mountains and hurtle towards the sea via Blæsedalen. The wind is almost always blazing here.

Researchers use small, open, hexagonal greenhouses to investigate how Arctic plants and soils respond to climate change. Some organic material lies on the ground in the greenhouses, and researchers are investigating how much more of it will break down and emit CO2 when subject to an artificially increased temperature.

They have also set up windbreakers – or snowbreakers– up in Blæsedalen, which recreate the effect of winter. They catch snow drifts, which are directed downwards, increasing the temperature near the ground by a few degrees. It seems the breakdown of organic matter also happens in winter.

Here is a windbreaker which has already created a little downward drift. Note the two other windbreakers further down to the right of the photo.

The image here is taken by an employee from Uniavisen in October, but videnskab.dk also has an article (in Danish) with an image of the same area from the summer, where everything is green. The article describes the researchers’ work by calculating how much extra CO2 can be released in the Arctic.