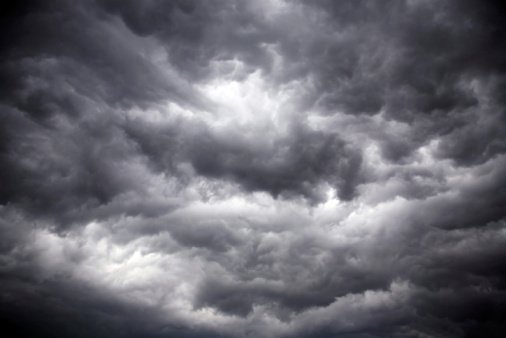 Prognosis is blacker than an Icelandic ash cloud, if the University of Copenhagen is not awarded further funding
image: Photos.com

Stark warning from the Rector. Next two years will see drops in revenue and possibly further job cuts

The University of Copenhagen may be forced to further tighten an already strained belt. The prognosis is a DKK 105 million total decrease of government funding, the so-called ‘basismidler’ in 2011 and 2012, compared to 2010.

This is unless the government steps in with additional funds from the so-called Globalisation Pool.

The bleak prognosis was presented by the rector to the General Collaboration Committee (HSU) which includes staff representatives, in a memorandum on 7 April it has emerged.

»This may not seem like a large amount in relation to the University’s DKK 7 billion turnover, but this is worrying as the funding just keeps on shrinking,« says Antonino Castrone, who is director of finances at the University of Copenhagen.

»The concern is exacerbated by the uncertainty of the financial crisis and how tight the 2011 budget is. […] There is a need for both disciplined economic management and a continued strong focus on increasing revenue,« he continues.

According to Castrone. the University has already drawn on DKK 100 million from its own capital, and further expenditures are not a viable option.

The university is pinning its hopes on the Globalisation Pool negotiations in the autumn, where politicians will debate how to spend the remaining millions.

The university stands to receive DKK 200 million extra research funding in both 2011, and 2012, provided that half of the remaining money is granted. This money is necessary to continue research at the current level.

If not, the University’s finances will be worse off over the next two years than it has been in 2010. Even after all the savings and cutbacks, the university will have a projected deficit of DKK 26 million this year.

According to the memo, more job cuts are a possibility:

»From a purely economic point of view, it is possible to adjust staffing. This could be through an increase in productivity (e.g. the introduction of new IT systems), a qualified freeze on hiring, or actual dismissals (which should only be considered as a last resort).«

Employees to be kept informed

Rector Ralf Hemmingsen has promised to involve university employees at an earlier stage in the budget process than previously, and to keep them better informed.

»We have recieved a satisfactory budget proposal, which gives a picture of a more rewarding budget process, where we staff members can enter the discussions with suggestions at an earlier stage in the process,« he says.