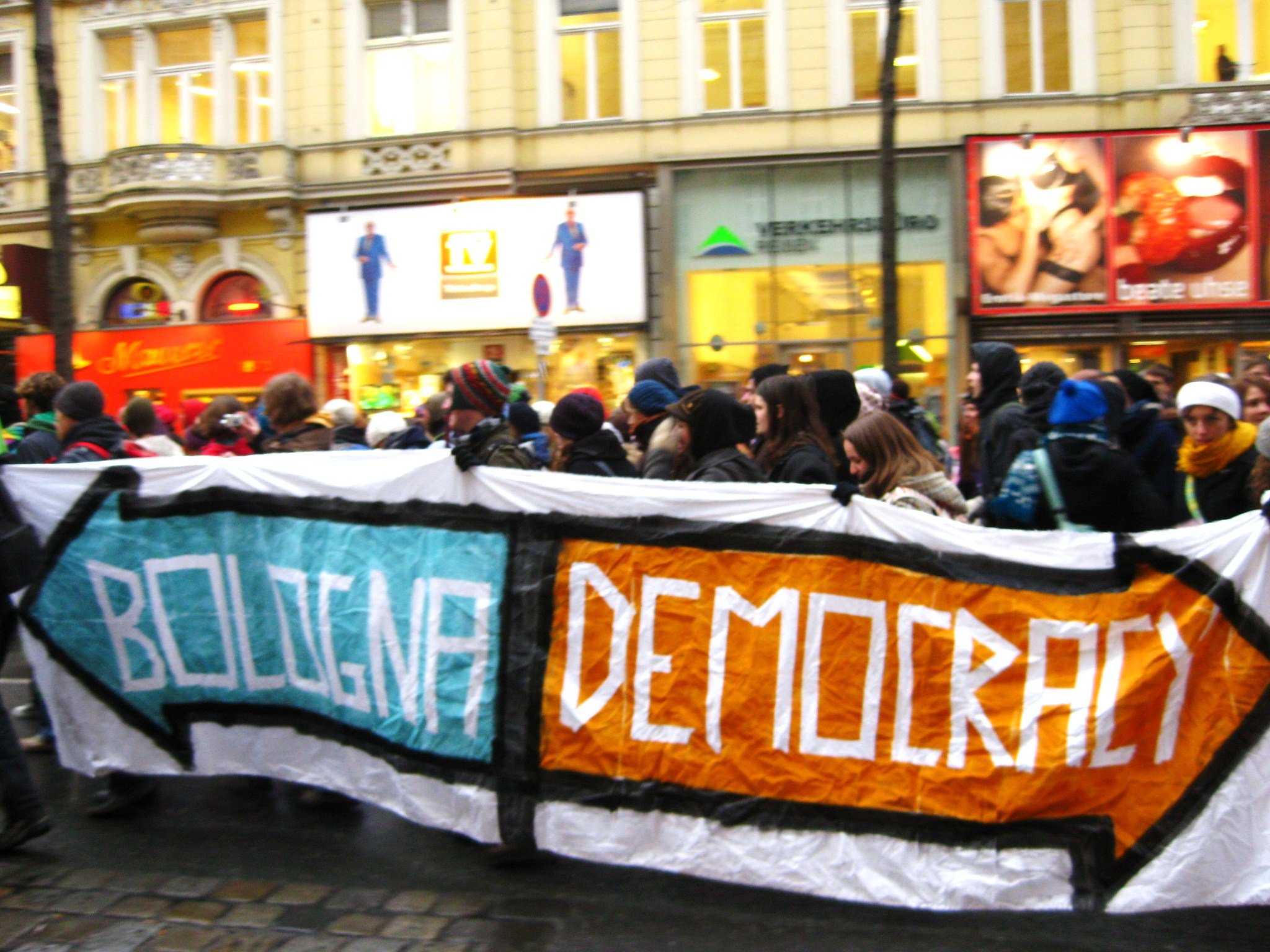 As Vienna conference headaches wane, ministers and student unions agree on one thing: The Bologna process has been misunderstood

The Bologna Process has been misused and misinterpreted. This is according to two declarations coming out of the weekend’s conferences in Vienna that you would have expected to differ: One from European ministers and one from the European Student Union.

In the minister’s declaration, protests stem from matters unrelated to the Bologna Process and to insufficient explanation.

»Recent protests in some countries, partly directed against developments and measures not related to the Bologna Process, have reminded us that some of the Bologna aims and reforms have not been properly implemented and explained. We acknowledge and will listen to the critical voices raised among staff and students,« they write.

Like in the ministerial declaration, the European Students Union says that the Bologna Process has been misinterpreted, but not just by students.

They write that the process has been »the scapegoat for ill-advised reforms […], when in fact those reforms only suited the priorities of the national governments.«

ESU President Ligia Deca is quoted in University World News as saying that, »the Bologna Process has been misinterpreted, misused and twisted to fit the short-term political aims of the governments. It is sometimes impossible to recognise the basic goals of the process: better social conditions for students, better recognition of foreign degrees and better possibilities to study abroad.«

The ministers assembled for the celebration produced a declaration with an unprecedented focus on the social dimension of higher education policy.

The ministers in Vienna committed to »working towards a more effective inclusion of higher education staff and students in the implementation and further development of the European Higher Education Area« and stress the importance of »the social dimension«, and »equal opportunities to quality education«.

In contrast to the ministers’ positive and conciliatory tone, the 130 delegates at the Europeans Student Union’s (ESU) Student Summit pointed to shortcomings in their critical declaration. The union criticises the implementation of some Bologna goals for being »superficial and incorrect«.

There is currently a tension between the so-called ‘social dimension’ of the Bologna Process and »addressing higher education as a competitive market«, write the ESU.

EU, not Bologna, makes the commitments

For the ministers, the conference was meant as a stocktaking exercise, to celebrate ten years of the Bologna Process. The process is in itself is not legally binding and therefore the intentions and aims expressed at the conference may be realised to varying extents in the member states.

Not all Bologna process members are EU members. As for concrete commitments, in the European Union this takes place in the EU instititutions, where social measures in higher education reforms were also discussed at a meeting of the European education ministers’ council meeting last month.