By bike to northern Norway, in only two weeks 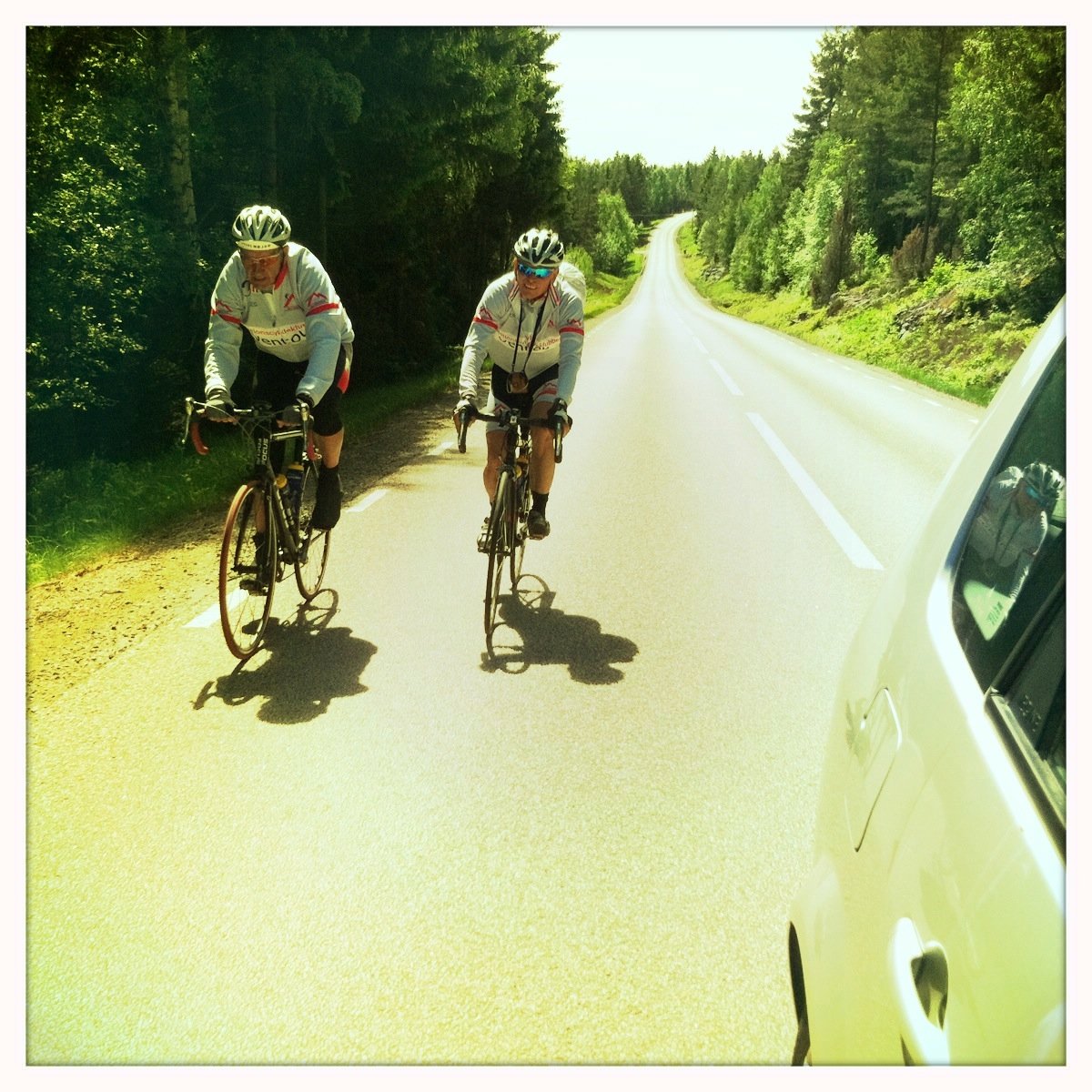 Six men are to bike to northern Norway as part of a University of Copenhagen experiment. In the support vehicle is medical student Katja Kjær, who will give us regular updates

Cyclists are like migratory birds. When the weather is bad, they normally head off to warmer climates. Not six recreational cyclists from Denmark, who used the weekend’s bout of bad weather in Denmark as their cue to head off to the northernmost part of Europe – Nordkapp, or North Cape in Norway.

It all started with a bet three years ago. A man accepted a bet that he could ride his bike 2,800 kilometres all the way to the northernmost part of Norway, in only fourteen days. On 28 May 2011, six men started out on their bikes from Rådhuspladsen in Copenhagen, headed towards Norway through Sweden.

Sure, professional cyclists can achieve astonishing accomplishments by finishing grand monuments of cycling with a duration of three weeks plus like the Tour de France. But for regular mortals, who happen to have other daily duties than riding their bike all day long, this is a different challenge.

Only way to find subjects

The group travelling up through Norway consists of friends from the bike club Ventoux: Lars, Leif, Erik N., Jens, Frede and Erik K. The six men, who are sixty years old on average, agree to test the original bet.

Now this arrangement happened to be a perfect opportunity for the Center for Healthy Aging, Department of Biomedical Sciences, since subjects for research projects that involve this kind of physical strain are hard to come across. It is close to impossible to find subjects willing to undergo 8 hours-plus of bike riding on a daily basis for two weeks.

The joint venture between the Center and the cyclists is ideal to assess the influence of extreme endurance efforts on the human body.

»The cardinal point in our monitoring programme is metabolism, or to be more exact, changes in metabolism and nutritional behaviour during the trip«, says Jørn Wulff Helge, head of the department and in charge of the Nordkapp-study.

To accomplish this, the state of the riders’ eating habits will be meticulously recorded, and more quantifiable investigations will be carried out like the intake of heavy water (water highly enriched with the isotope deuterium) and prospective collection of urine samples to estimate the total energy consumption during the exercise.

At present, the team has four stages behind them which is about 800 km. Another 2000 km to go until the northern tip of our continent.

The days are long and challenging. The groups start out at 8 am every morning and they have often not reached their destination before 6-9 pm. Unlike professional cyclists, the six men have to find their way themselves, and as a consequence, some days have been longer than expected, because of random detours.

Days like yesterday, day four, with thunder, lightning and heavy rain crashing down upon them, the goal seems far away.

Flat part is over

But spirits are now high. Luckily, the six adventurers have allied themselves with wives and friends who follow their quest with support, backup bicycles etc. and take care of logistics such as transportation of luggage. And every stage finish is celebrated with wine, beer and good food.

We have now reached the south-eastern part of Norway.

The rolling terrain is starting to take its toll on the riders, as opposed to the more familiar flat topography of southern Sweden. Four stages down, ten to go. Expect an update from me as soon as an internet connection is available again.