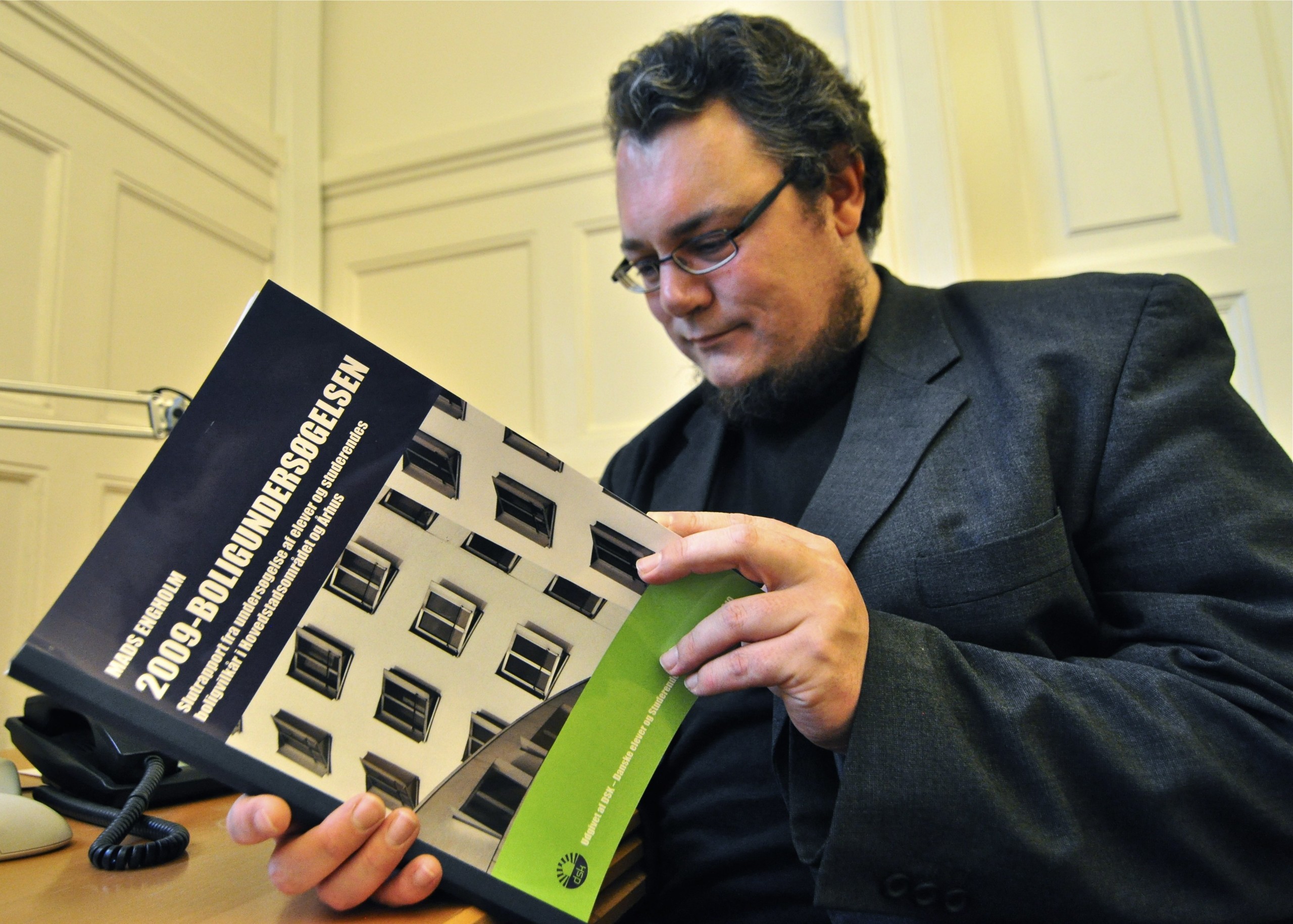 Mads Engholm glancing through a report he recently authored on the housing situation for Danish students
image: Afton Halloran

The Copenhagen Campus development plan is certainly ambitious, according to Mads Engholm, an anthropologist and consultant for the Danish Student Union (DSF).

Housing over 1,000 people in one place is one immense undertaking, but getting them to interact, integrate and contribute? This is another issue.

The project is needed to solve the widespread Copenhagen housing issue, Engholm thinks, but it also needs some serious thought in order to make it socially sustainable.

As a large scale social experiment, the Copenhagen Campus can work, according to Engholm. But only under certain conditions. He fears that natural social interactions between students will be manipulated and socially constructed for the long-term goal of integrating foreign students with Danes.

A project like this has not been tried on this scale in Denmark before, and Engholm notes that creating a sense of place at all levels is important.

»The large-scale people and the small-scale people often fail to speak with one another. Dialogue is needed to ensure that local daily life is valued just as highly as the greater idea of social integration,« he reflects.

Having Danes move in, with the express purpose of living in an international campus, may be the sticky point.

»I don’t think some Danish students give a damn, they are just thinking: how does this benefit me? And what do I get out of it?«

If the project does not focus on day-to-day interactions between students on a small scale, like within shared kitchens, it will be a complete failure. And this would set a bad precedent for future like-minded projects, Engholm fears.

There are many pragmatic measures that will ensure the project’s success. One recommendation that would have international and Danish students interacting is through volunteer organizations like student societies for music, sports and development work as a place of gathering, networking and meeting. According to him, the project should do this by housing the organisations in the campus itself.

»It is important that developers think of how they can involve civil society in development. And, input is needed to make sure that everyone is involved in setting up the possibilities,« he states.

The project’s legitimacy among Danes outside the campus is also an issue.

»Danes need to feel that the foreign students are an extra bonus to Danish society. If everyone is forced to live together and integrate, what’s the point?« he comments.

»Some might not want to integrate. It needs to be realized that it is not an easy task.«