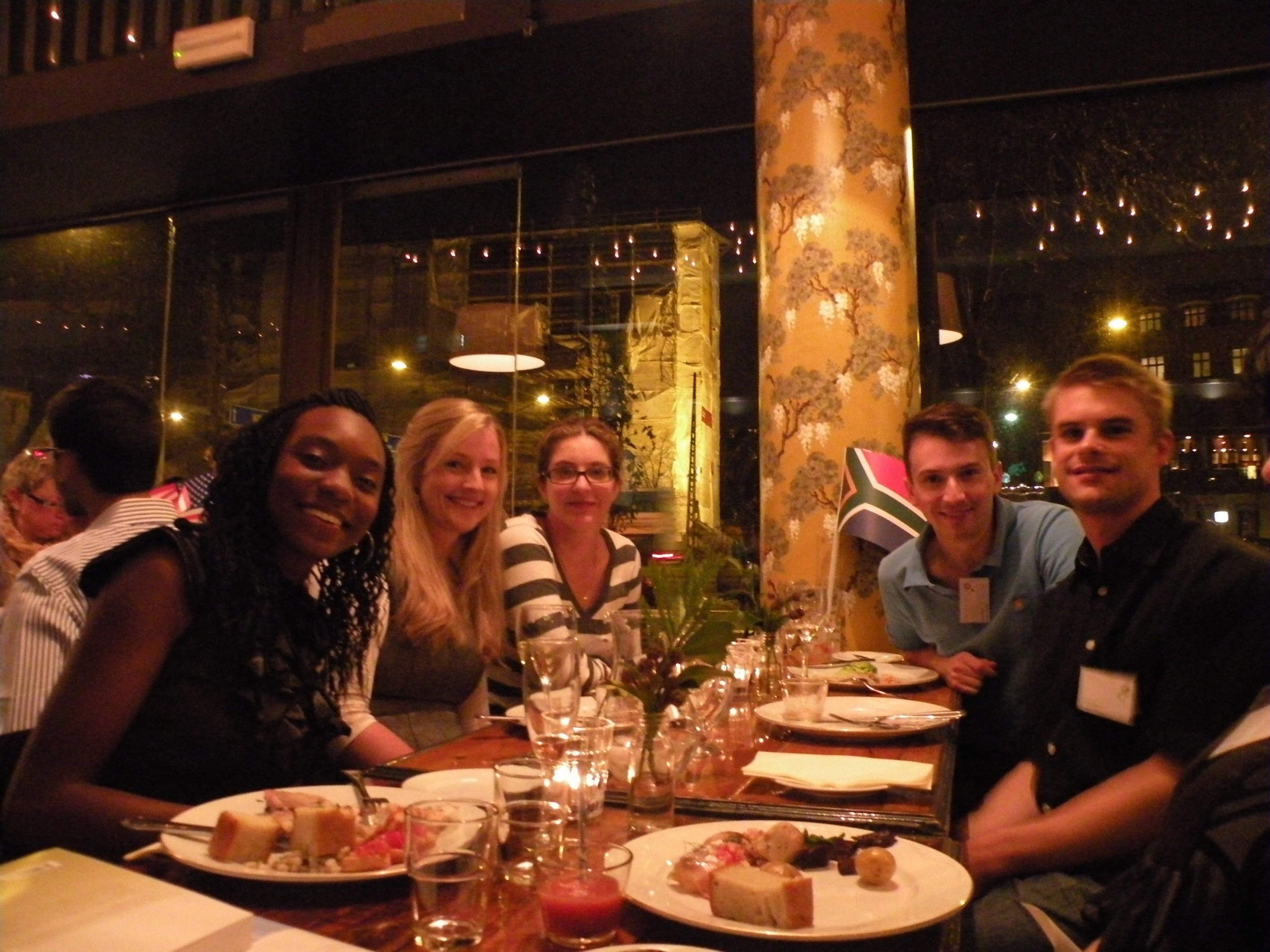 Cape Town's table at the welcoming dinner Monday night. For them, this year's theme, 'Access to Food' is closer to home, they say
image: Camilla James

Recent droughts across parts of Africa have increased the University of Cape Town team’s desire to find a solution in Copenhagen’s law contest this week. This is according to participants, who talked to the University Post Monday.

Law students from all over the world met for the first time Monday night for a pre-competition dinner in the Copenhagen Competition. They are the eight finalists, selected from 15 teams, for the final oral rounds. Their discussion: to negotiate an agreement on the global problem of access to food.

»Being from a developing country I find we are more passionate as a team,« says Unesu from the University of Cape Town. »We feel we are representing the whole of Sub-Saharan Africa«.

The main aim of the competition is to reach an agreement and find solutions through ‘global’ negotiations between teams representing fictitious yet realistic countries.

Cape Town wants to be optimistic, but knows that they must be realistic in their discussions, the South African team members say.

The team from Peking University seconds the South Africans general view of the competition.

»We have different values, but we have the same goals,« a team member says.

»It is just good to be taking part«, he says, adding that for them, winning would just be an added bonus.

The Hebrew University of Jerusalem, took the prize last year, and is predicted to win again by some teams due to the strength of their written exams.