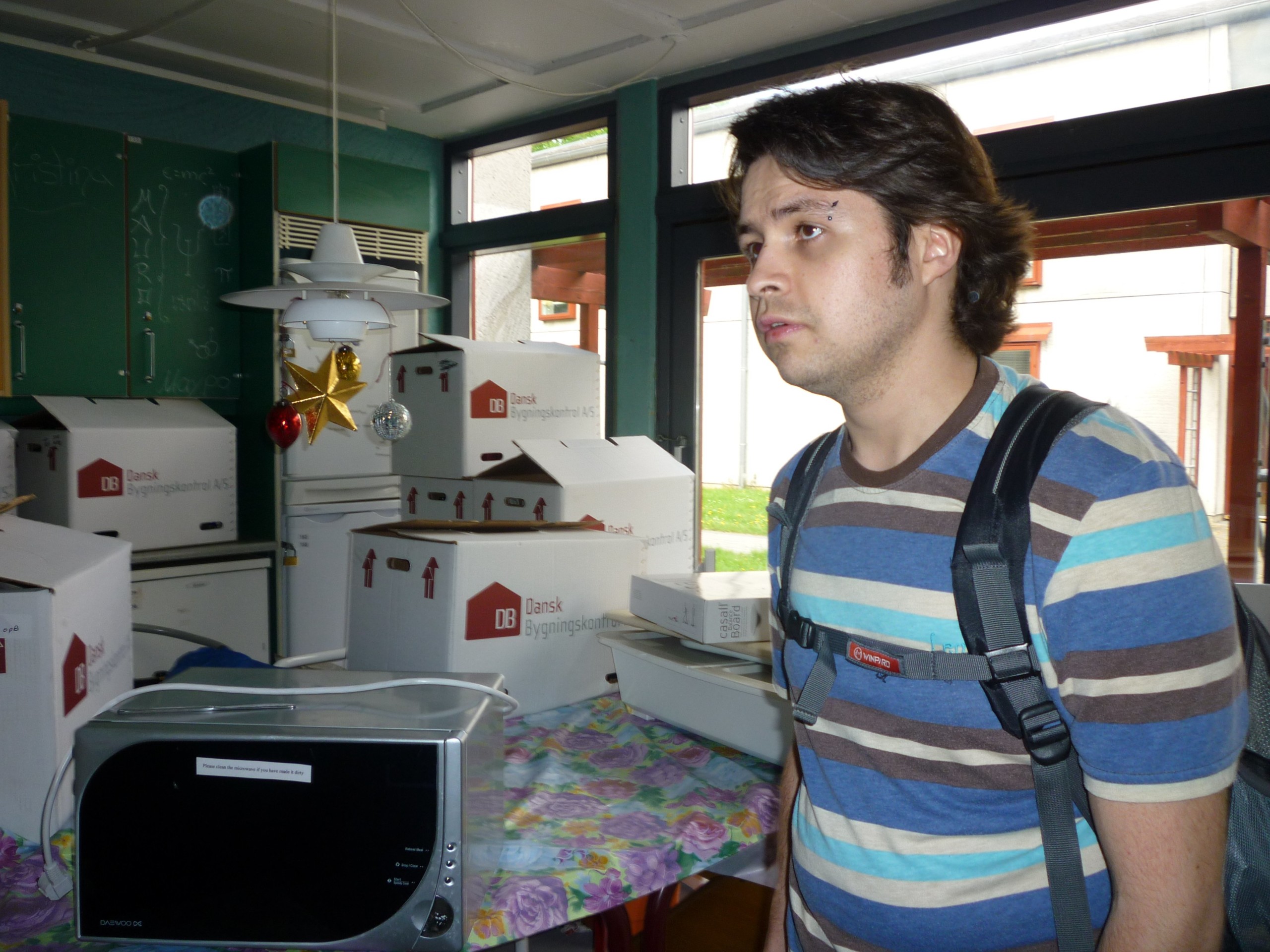 Sunday night students were evacuated as poisonous smoke seeped in through the ventilation. Four days later, confusion still reigns, with no internet and thieves lurking

Sunday night a transformer-station under Denmark’s International Kollegium (DIK) in Albertslund caught fire and burnt out the basement.

Luckily no one was hurt. But Thursday, as the University Post visited the scene, the smell of smoke still hangs in the air, and electricity is largely missing with consequences for the already exam-stressed residents.

9.30 pm on the fateful Sunday night, Mahesh Gariya and Carlos Diaz were in their kitchens cooking, when the lights all of a sudden went out. Seeing that other buildings nearby still had light, they figured it was nothing to worry about and lit candles instead.

An hour later, the lights blinked back for a second and then the electricity went out altogether.

»We heard sirens far away, but thought it was just an ambulance passing, until we saw the lights from the fire-trucks parked right outside!« says Carlos.

The fire-department first told the residents to stay inside because the smoke from the fire was poisonous. But then »one of our block-mates had a torch and saw smoke coming from the ventilation-ducts. So around midnight we were evacuated. We had to wait outside until 2.00am.« says Mahesh Gariya.

A representative from the insurance company came by around 1 am, but contrary to what the residents could later read in a local paper, no one was rehoused in hotels – the only thing they were offered in compensation was a pizza.

Thursday night, and four days have passed since the fire, but although renovations are going on and the power-cables have been dug up, electricity has only been returned to some of the rooms. And all kitchens are still in the dark. The residents can’t cook or keep their food fresh in freezers and refrigerators. Laundering is also impossible.

A tired Mahesh describes the situation: »The renovators have put all our things in boxes. Our kitchen smells like smoke and putrid food. All our food was ruined and now we have to eat out every day.«

With the electricity out, the doors to the dormitory must be kept open, as the electronic cards the residents use as keys do not work.

Things have already been stolen and the residents are worried.

»No one is here during the day. I have exams so I have to go to University every day to write my papers. The doors are open and there is no security. Anyone can just walk right in,« Carlos explains.

Without internet access exams have become more stressful than usual. Internet-fees are normally included in the rent, but residents have not been offered a refund.

Residents, who would not be quoted, report to the University Post that they are tired and fed up of extra commutes and temporary living arrangements. Their refusal to be quoted is due to the fear of reprisals from administrators, they say.

Now they can only hope.

Residents were originally told that everything would be back to normal within three-four days. But the deadline has now been moved to Thursday next week.

Be sure to check out our student reviews of the dormitories and residences of Copenhagen.