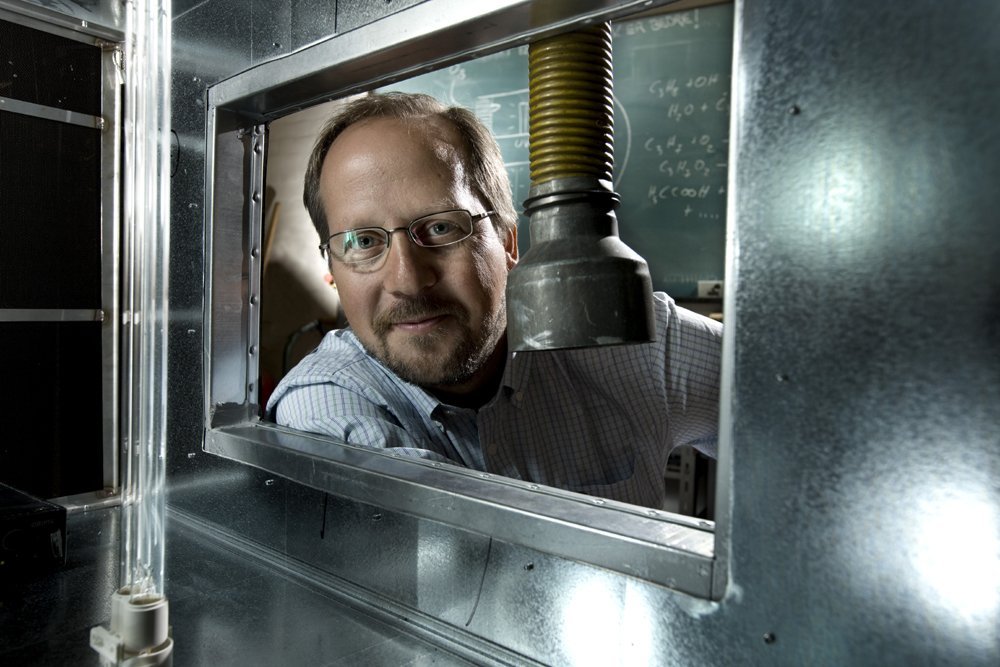 Factories pollute the air with unpleasant smells. Fortunately a University of Copenhagen chemist seems to have found a solution.

Matthew Johnson, an associate professor at the University of Copenhagen, has done trials on the Danish company Jysk Miljoerens who faced complaints from neighbours due to the smelliness of their plant.

Johnson’s invention mimics the atmosphere’s natural ability to cleanse itself. Polluting gases rise into the sky and start forming particles when they come across naturally occurring compounds such as ozone. With help from sunlight, the newly formed particles are washed out of the atmosphere by rain and when the rain hits the ground, the atmosphere is clean again.

»I have researched atmospheric cleansing mechanism for years. And suddenly I realized that the mechanism is so simple that the popular terms can be packed together in a box, and used to clean the air in such houses.«

»It creates a better climate, and in this case it also removes the smell from a company, so the company can continue its production and the neighbors are happy,« says Johnson to Science Daily.

Rather than diluting pollution, the new process actually removes pollution. By purifying air that is already inside, it is both energy efficient and beneficial for the climate. It is also a solution for people who suffer from asthma and allergies.

Lars Nannerup is the CEO of Infuser who has co-operated on the project. »We are proud that it is a Danish invention, and we’re proud that this invention helps make the world a better and a cleaner place,« he says.

The photochemical air purifier is a multi-tasker and comes in a variety of sizes depending on it’s use, from large scale operations to desktop systems.

The University Post asked Matthew Johnson about whether air purifiers have a wider potential against pollution.

»I believe the potential is worldwide. Due to the publicity surrounding the success at Jysk Miljørens, we have had inquiries from North America, China and from throughout Europe. Everyone knows of a factory that smells bad, whether it is the food processing industry, water treatment, spraypainting, you name it.«