Chinese student visit: Learning how to complain the Danish way 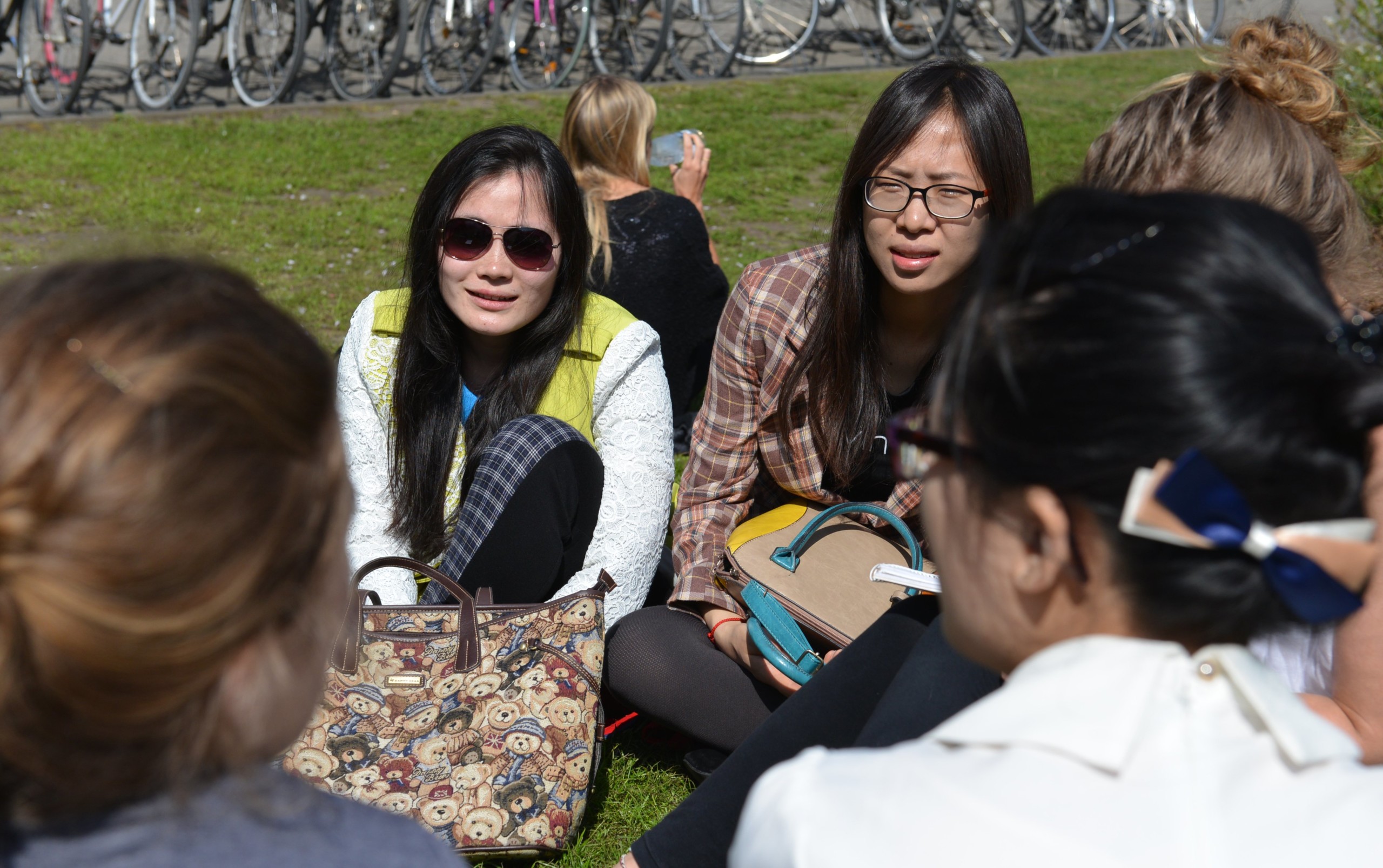 You can make a complaint and get a better grade?! Chinese students from the Sino-Danish Center in Beijing baffled by what they hear from Danish students

Qi Zhou was surprised that the Danish students would ever complain about a grade – and that it would work to do so: “Wow, I thought – we can complain if we don’t think the grade we receive is fair? Now I basically see it is a right.”

“We aren’t used to complaining to the authorities or our teachers. Conversely, Danish students are quite demanding,” says Meng Zhang.

Danish-language site Uniavisen had spoken to a group of Chinese and Danish students from the Sino-Danish Center in Beijing. They are on a cultural exchange here in Copenhagen, visiting universities, parliament, Carlsberg and various Danish welfare institutions. Right now, they are enjoying the sun outside a University of Copenhagen campus building.

“Of course we discuss things that we are unhappy with too, but we do it in smaller groups and not directly with our teachers or the authorities,” Qi Zhou says, and mentions the Chinese version of Facebook, Weibo, as an example: “If you write something very critical there you may be called up by the authorities and be invited for tea,”

“What does that entail?” Tanja Krawack, a Danish student asks.

“You will probably be convinced to change your opinion, if you don’t want to damage your career,” says Jie Huang, who is the only one of the Chinese students who isn’t a member of the Communist Party yet. That process is starting, however, because in a couple of years Jie Huang’s studies are over and it’s good for one’s career to be a member of the party.

Danish students would try to have it their way

What can Danish students learn from the Chinese?
The Chinese students all agree that Danish students could learn a thing or two about respect for their teachers. In China, they celebrate Teacher’s Day once a year – a tradition many of the University of Copenhagen’s lecturers would probably love to see happen over here: A half day where students thank their teachers for their hard work and often give them flowers.

Do the Chinese students work harder than you Danish students?
Tanja Krawak, who has played a big part in setting up the cultural exchange for 14 of her fellow students, replies:

“I’m not sure, but there is definitely a difference in our approach to work. Our Master’s course is based on a Danish model, and I think that the Chinese students are incredibly good at adjusting and learning from others. We Danes would probably try to change everything so that it fitted with how we would want it.”

Around the campus where we are sitting, there are posters advertising the afternoon’s lecture, entitled ‘China Talk’. It has nothing to do with the visiting Chinese students, but it does go to show that there is an interest in China in Denmark at the moment.

Have you students noticed this interest during your exchange?
“I hope the Danes are interested in China. Especially because we are going through such great changes. Yesterday we met a Danish journalist, who showed us a picture of Tiananmen Square, and told us that this is still how most Danes view China,” Meng Zhang says. “That’s not today’s China. China is a process of everything changing.”