Cleaners stressed, depressed as they now lose their jobs 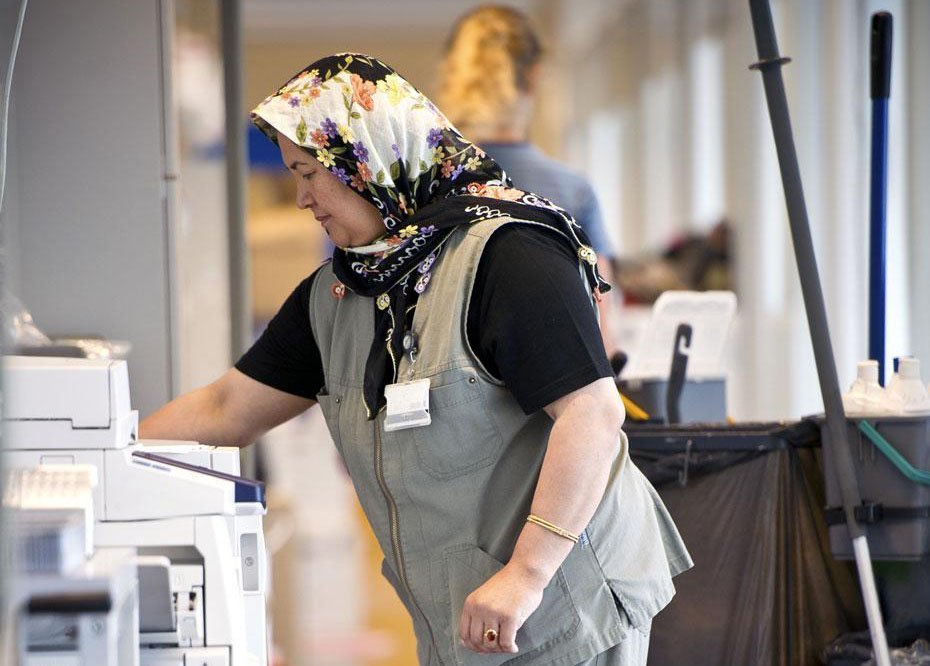 26 cleaning assistants have been fired after the Faculty of Health and Medicine Sciences has terminated its contract with cleaning company Alliance+. Some of them have been working at the Panum building for 30 years

Back in 2011 the private cleaning company Alliance+ had taken over the cleaning of the health science building , and had immediately fired six of the cleaning staff.

Now the remaining 26 have lost their jobs, after the company’s contract with the University has been terminated, reports our Danish section Uniavisen.dk.

The move is controversial, as the faculty management originally chose to give the contract to a private company even though the faculty’s own cleaners, now fired, offered to do it cheaper and better.

Did not live up to quality standards

Management then defended the original decision, saying the staff’s offer was unrealistic.

Now Arnold Boon, Director at the Faculty of Health and Medicine Sciences, explains that the quality of the cleaning since then has not been up to standard.

»The quality criteria were made clear when Alliance+ bid for the task, and is established in the contract. External consultants have evaluated the quality once a quarter, and we have held meetings with the company about the problems. They have not lived up to the contract, and we were forced in the end to make this move,« Arnold Boon says.

Henrik Nordenlund, CEO of Alliance+, disagrees and says the quality has been better than before they took over.

Trade union for the cleaners, 3F København, has met with the 26 staff members who have been fired. Bente Leck Andersen of the union 3F says that many of the cleaners are taking their dismissal – and the bad working conditions over the last – years very badly.

»Just yesterday, I talked to a member of staff who was run down with stress, and who had got a depression. And I have talked to several staff members who have also been affected badly. They feel stressed, as the quality of their work has not been evaluated as good enough, even though they have done their best,« she says.

No plan to re-hire them

Some of the staff have been at Panum for more than 30 years.

Faculty director Arnold Boon says he has no plans to re-establish a University cleaning department: There will be a new tender round for private companies to bid for the cleaning tasks in the first half of 2013.