Climate protests: The world is watching 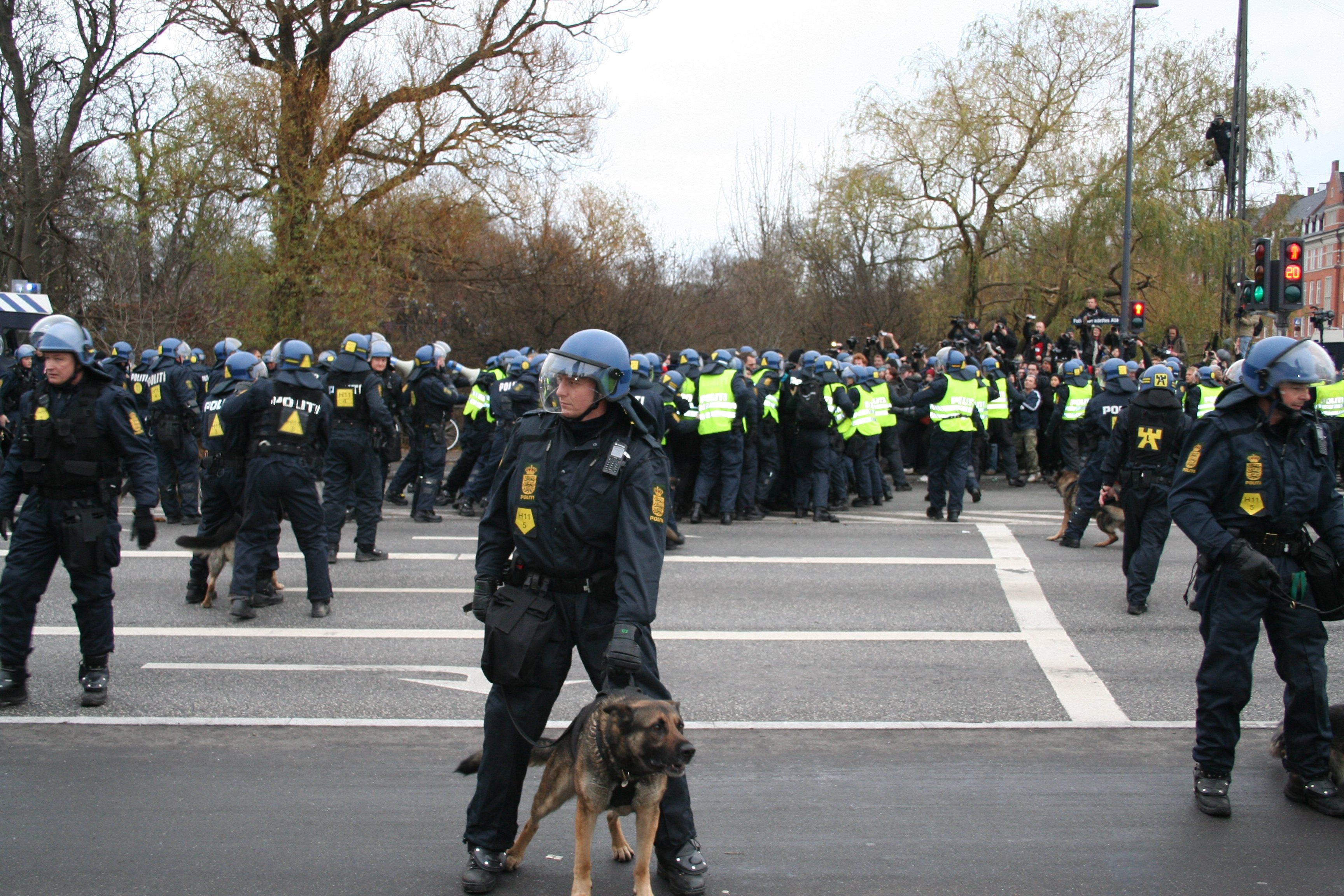 The police shut down climate protesters attempts to storm the harbour on Sunday
image: Emil Verner

On Sunday, 249 were arrested as police shut down an anti-capitalist climate protest, when activists from all over the world marched to the harbor and set up a blockade. University Post reporter Emil Verner was on location to give a first-hand account

The protest, which was relatively small, led by Climate Justice Action, expressed the view that capitalism is to blame for the climate crisis.

The police allowed the protesters to march for about one kilometer down Østerbrogade yesterday at noon. At Østerbro station, with the hostile msuic of N.W.A. playing, the police shut down the unauthorized protest in dramatic circumstances.

Those protesters who were looking for attention got what they came for.

»We heard the police saying that they were going to stop the protests after we turned the corner by Østerbro station even though we hadn’t done anything illegal,« says one Danish protester. She managed to get out of the center of the demonstration before the police cracked down.

The police surrounded the protesters and seized the truck from which they were playing music and leading anti-capitalist chants.

The police’s demeanor seemed to contrast with the relatively peaceful nature of the protest. As the demonstrators tried to stand their ground, one man had his hands in the air yelling, »we are the peaceful ones!« In the end, the police outnumbered the protesters and sat them down in rows between each other’s legs with their hands cuffed.

The police later reported that they found bolt cutters and gas masks on the protesters’ truck. It is not clear how many demonstrators were subsequently released.

According to DR1, 249 people were arrested and taken to the ‘climate prison’ in Valby.

Meanwhile, about a hundred people stood behind the police line observing the scuffle. Many took pictures or filmed the scene. A protest against the arrests formed, made up of random bystanders and demonstrators. »The whole world is watching,« they shouted in unison.

Several coaches rolled up to take away the arrested. In response, the observers chanted, »this is what democracy looks likes.« The police’s response gave the Climate Justice Action protesters the attention they wanted.

According to the Climate Justice Action website, the protests were intended to highlight that shipping is an unaddressed source of 5 per cent of global greenhouse gas emissions.

»Our economic system, the way it produces goods, and the way they are transported and finally consumed is the root of climate change.«

While the spin of the message is quixotic, the fundamental point is not as radical as the outcome of the protests would suggest.

We all benefit from world trade, but there is an argument that consuming local goods would improve the environment. Societies benefit from international trade through, for example, cheaper products, a wider variety of goods, lower costs to producers and an enhanced flow of ideas across borders. However, presently, the pollution from transport is not reflected in the price of the wine you buy that’s shipped or trucked to Denmark.

These are not the words of the climate protesters but of Oystein Dahle, former Vice President of Exxon.