Closer to Allah in Copenhagen 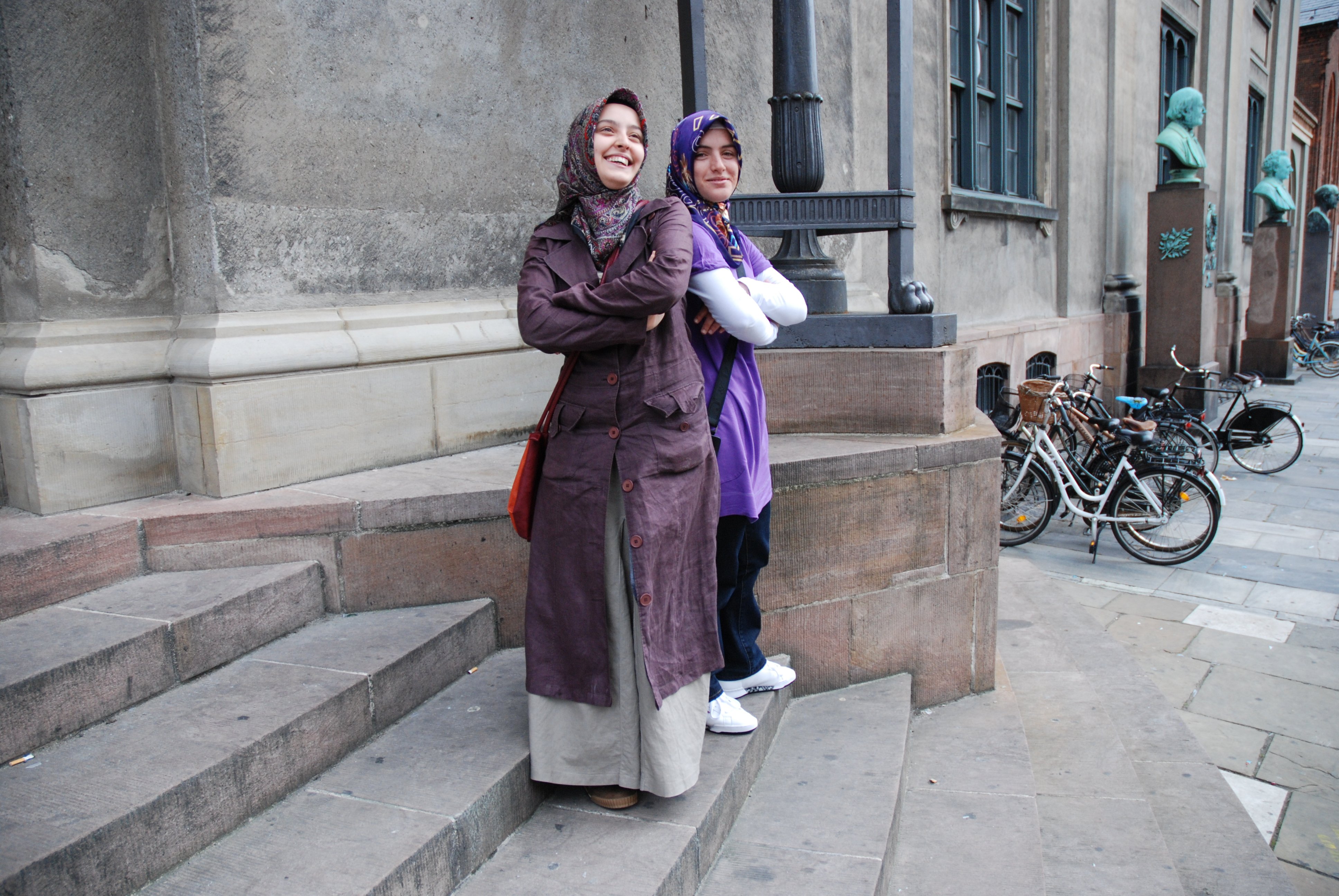 Kübra (left) and Sevda (right) say the headscarf is not a symbol of intolerance.
image: Mike Young

Strict laws on secularism in public institutions force students in Turkey to go to classes with their hair uncovered. Not so in Copenhagen, where some Turkish female students opt to follow the Muslim tradition and cover their hair with a headscarf.

Paradoxically, they are more Muslim here than at home.

»But I am not a religious extremist,« maintains Kübra Aydin of AIB University in Bolu, who studies psychology on an exchange programme in Copenhagen and wears a headscarf.

»This is not a symbol of radicalism, nor, on the other hand, is it just a fashion statement. In Islam both men and women have rules for the covering of the body. These rules are at the same level as the rules against stealing and lying,« she explains.

Scarf liberates women
Sevda Solmaz studies International Relations in Copenhagen, but comes from the Aegean University (Ege) in Izmir. Like Kübra she relishes the fact that she, here in Copenhagen, can go to class with a headscarf. She resists the interpretation that the headscarf somehow implies intolerance.

»The headscarf does not mean we are backward-looking and it does not, for us, connote the subjugation of women,« she says. Quite the opposite, the headscarf tradition is rooted in the idea, that women who cover their hair are absolved from the potential sin of attracting men.

Wears wig
99 per cent of the Turkish people are Muslims, but Turkey has a constitution that defines society as secular with no religious involvement in government affairs. Since the 1980s and 1990s this has resulted in the harsh enforcement of a headscarf ban on students, workers and public servants in schools and universities, courts of law and government offices.

In Turkey, Kübra, like many other students, circumvents the headscarf ban by covering her hair with a wig when going to classes.

In Copenhagen she can wear a headscarf to university, but still faces other conflicting norms of accepted behaviour.

No handshake
Kübra politely refuses to shake my hand when I interview her and Sevda for this article. She promptly apologises, explaining that it is nothing personal, it solely has to do with her religion and culture. When I ask her if this polite way of refusing-the-offered-handshake in itself is prescribed by tradition, she smiles, and then admits that precisely this, she has defined for herself.

In Islam, intercourse before marriage is not allowed, and touching the hand is interpreted as a first step in this direction, she explains.

Neither Kübra nor Sevda have boyfriends. Kübra explains that in Islam, they must control their relationship with the opposite sex.

Maybe closer to God
Both Kübra and Sevda admit that the experience of coming to Copenhagen has helped to define and clarify their use of Muslim religious symbols and behaviour. Part of this process has been meeting Turks living permanently in Copenhagen, first and second generation immigrants, all with Danish careers, who have a completely different life experience.

»When I first came here, I did not meet other Turkish people, but I met some in the mosques a bit later. Maybe you could say that the experience of living abroad made me closer to God, and that is why I am covered here,« Sevda says.

Sevda and Kübra will have none of it.

»Allowing the headscarf does not affect the rights of others not to wear one. In Turkey, the victims are actually those with the headscarves, those who want an education, but cannot because of the ban. But in my opinion it is the duty of government to provide access to college for all of its citizens,« says Sevda.

Career fears
Now, Sevda worries about the consequences for her in Turkey if, and when, her friends, teachers and future potential employers find out that she in Copenhagen wears a headscarf. She also fears that her continued use of it back home will block her career.

»I want to apply for a job at the Foreign Ministry. I can pass the written exam, but at the oral exam they will see that I wear a headscarf,« she says.