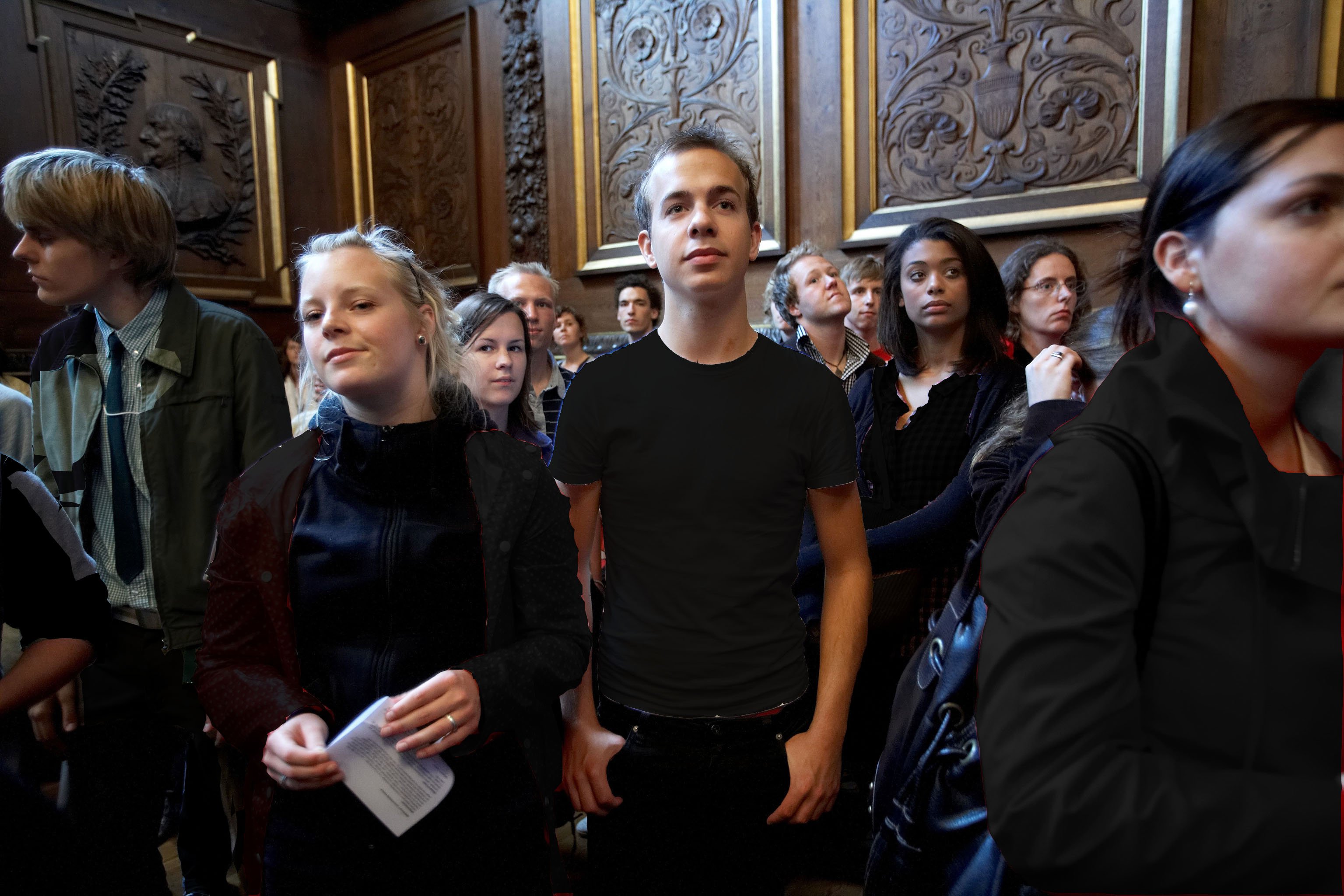 Too much black? Actually we cheated a bit. The Danish students on this picture from a recent matriculation ceremony did wear a few colours...
image: Søren Hartvig, image manipulated by University Post

The Danish sense of fashion reveals alot about the Danish way of thinking, reckons our regular Singapore student commentator

In the months leading up to my exchange in Copenhagen, I stocked up on what I thought was typically Scandinavian fashion. Contrary to popular belief, it wasn’t just an excuse to shop at H&M. I really wanted to assimilate into my new home and dressing like a local would surely help. So I kept a look out for salmon pink trousers, sweaters with festive prints on them (preferably with reindeers) and shirts with super cool and minimalistic collars. In fact, the kind of stuff European exchange kids wear back in my home university in Singapore.

I arrived in Copenhagen only to stick out like a sore thumb. My colourful clothes had me looking like a Swede and not a Dane. While Swedes appear to embrace all hues of the rainbow in their wardrobe, most Danes seem to believe in the austerity of dressing only in black. On an off day or so, they might don dark blue or grey. But really, colours aren’t something many Danes do on a regular basis.

(Okay, fine – they might have a hint of colour on their Fjällräven backpacks or their thoroughly oversized scarves, which are absolutely crucial for braving the frigid cold while peddling about on their bikes.)

But yes, I screwed up.

How was I to know that Danes didn’t dress as flamboyantly as Swedes? CEO of Danish Fashion Institute and chairman of the Nordic Fashion Association, Eva Kruse, summed up Danish fashion sense nicely in a documentary that expounded on Danes and their obsession with dressing, uniformly, in black: To many Danes, it’s just the most practical and safest way to be fashionable.

Well, at least I now had an excuse to do more shopping.

However, after having lived, schooled and partied with Danes, I realized that this uniformity, or unwillingness to take risks and stick out from the crowd, was something that seemed to echo in different forms through much of Danish living.

Some time back, we had a massive dormitory party in Tietgenkollegiet called Tour de Chambre (French for “room tour”).

This involved partygoers visiting each others’ rooms, which would have a unique theme, game and a special drink. Halfway through the craziness and right before inebriety consumed me, I couldn’t help but notice that almost every room I visited had similar Danish designer lamps and furniture. Many of which were clearly inspired by the famous PH series by Danish designer and writer Poul Henningsen.

Danes have great pride in Danish design and most dream of having their entire house furnished with it. I reckon, with a PH Artichoke lamp costing DKK 50,000 and a Hans J. Wegner CH07 Shell chair costing DKK 20,000, the total cost of furnishing a whole house with Danish design might cost more than actually purchasing the house.

It dawned upon me that Danes have an inclination towards uniformity. Even in politics, almost all policies are passed in the ‘Folketinget’, or Danish parliament, only when a consensus is reached.

This reminded me of one of the first things my Danish housemates taught me to help me understand Danish people – the ‘Law of Jante’. The Law of Jante is a description of widely accepted Scandinavian values that praise humility and frown upon individualism – in short, know your place and act appropriately.

In an interview on a Danish television programme, Robyn, a famous Swedish pop star, was asked about the Law of Jante and its effect on the region. Her view, which is shared among many, is that Danes do tend to be more conservative and restrained in music and art and maybe the Law of Jante had something to do with that. Interestingly, unlike Swedes, many Danes will probably never be too keen on going a little crazy and putting on something from H&M’s Anna Della Russo collection.

Danes are not dull

It’s easy, especially for foreigners, to conclude that Danish uniformity makes Danish people, well, dull. I think Danes are anything but dull. What is really needed is, perhaps, a better comprehension of what it means to be ‘uniform’ in Denmark.

Take a Danish designer lamp. It appears simple, minimalistic and almost cold on the exterior. But place it in a room and have it light up a ‘hyggelig’ (cosy) Danish dinner and it works like a charm. The simplicity of the lamp elegantly adorns a plain room with style and character; its light breaks through its seemingly nondescript facade and catalyzes an evening filled with laughter and too much beer. In short, Danes may dress in black and appear restrained, but look beyond that and you’ll find a community that is not short on personality and good fun.

Danish uniformity is too often misunderstood. I’ve had the opportunity to be immersed in this ‘uniformity’ and I’ve never been so addicted to wearing black and oversized scarves. And through my experiences with the many Danes whom I now dress pretty similarly with, I know why you really shouldn’t judge a man by his clothes – perhaps more so in Denmark than anywhere else.