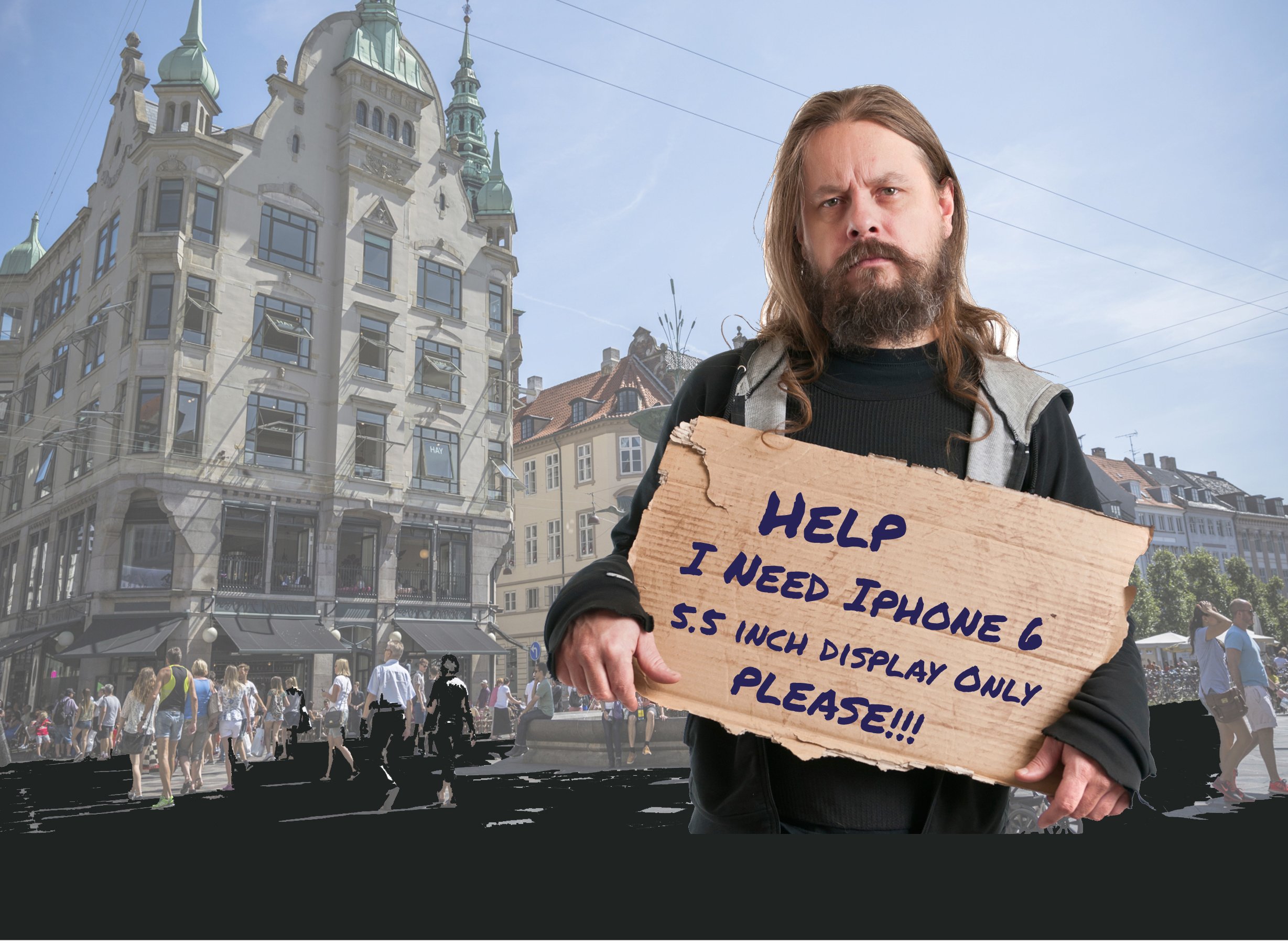 Some homeless people in Denmark have iPhones. Here's why that's a good thing

I don’t ordinarily get my technology news from the local newspaper sold by the homeless in Denmark, but I did this week. First of all, I learned that you can pay your homeless newspaper seller by text message. If you don’t have loose change, as I often don’t, you can send a text to the newspaper seller’s registration number, along with the amount you want to give him, and the seller gets paid right away.

Secondly, I learned that some homeless people have iPhones. Not my particular seller, but another reader had written a letter to the editor of the newspaper saying he’d tried to buy a paper the previous week and his seller had been too wrapped up in his iPhone to pay attention to a potential customer. The letter writer was asking if it made sense to spend 20 kroner on a newspaper to help a man who had a phone that was worth at least 2000 kroner.

Perfect device for a homeless person

The newspaper had a good response. They said an iPhone was the perfect device for a homeless person. It allowed him to keep all the information he needed in one place – government documents, health records, family photos. And it was a way for him to get phone calls and emails related to housing or jobs. I thought that was a very sensible approach.

Danes have a very sensible approach to IT in general. The Danes are very practical people, and they use IT for all manner of practical things.

For example, there’s a new app you can get from your kommune [municipality, ed.] that allows you to immediately report things that need repairing around town. You know, you come across a park bench that’s broken, and you just hit the app, send the GPS coordinates, and it’s immediately reported to the right person. How long it will take them to fix it is another question – it is the kommune after all – but at least it’s reported.

Where cash is obsolete

Technology plays a big role in everything having to do with money in Denmark.

Only 25% of Danish retail transactions are in cash, down from 81% twenty years ago, and you have to know that the Danish tax department loves that. If they can trace it, they can tax it.

There’s even a law being talked about that would allow Danish businesses to refuse cash.

This is because more and more, you can pay for things directly with your mobile phone. That’s nice for small businesses, like my hairdresser. She loves mobile phone payments, which allow her to spend less time taking cash back and forth to her bank, and make her less likely to be robbed in her shop.

Now, of course, as money goes online, crime goes online too. Denmark has been relatively insulated from identity theft and cybercrime so far. To steal money online from Danish-speaking people, you have to be a Danish-speaking cyber criminal. Most of the IT engineer types in Denmark are busy with profitable B-to-B startups. They don’t have time for crime.

So, language has protected Denmark up to a point. There is one Danish-language IT scam going around, the HJÆLP JEG ER STRANDET I LEEDS!! email. You get it from one of your Danish friends whose email account has been hacked, and it says they are stranded in Leeds, England and need 1350 British pounds to get home; please send it via non-traceable Western Union.

This has been going around for more than year and the person is always in Leeds, England and always needs exactly 1350 pounds – so basically, the criminal got one letter translated into Danish once. And it still works because many Danes are unfamiliar with this scam, even though a round trip ticket from Denmark to Leeds only costs about 100 pounds. If the letter writer is asking for 1350 pounds to get home, I guess he’s going to be doing some shopping first.

The CPR is a national menace

But I have a great fear that more cybercrime and identity theft is on its way to Denmark. As those of you who live here know, the country’s IT systems are all based around something called the CPR – the central person register.

Everyone has a CPR number, and you will get one yourself as soon as you arrive in Denmark. The CPR number is used for nearly every service, public or private. It’s used for banking, for the doctor, for school, for picking up packages at the post office, and for taking books out of the library. My daughter used hers last week to sign up for a Bhangra Dance course.

So, lots of people have your CPR, and if they don’t, it’s pretty easy to guess.

Your CPR number is your birthday, plus the century your card was issued in, plus 2 random numbers, plus your gender. Did you know that men have uneven CPR numbers, and women have even numbers? I did not, until I looked it up.

Anyway, the CPR was probably high tech in 1968 when it was first introduced. But now I think it’s a national menace. Anyone who has your CPR can impersonate you. So far it’s been mostly minimal damage.

But the potential for trouble is certainly large if the number that controls your entire life in Denmark is somehow hacked, as it is bound to be. In summer 2014, the government accidentally posted 900,000 CPR names and numbers online. Oops.

There is a system called NEM ID that provides two-factor identification for banking business, but it’s based on Java, which is the world’s buggiest system. It needs constant updates. I think that – like two-factor logins to Google or Facebook – using your CPR should require getting a confirmation code on your mobile phone. Nearly everyone in Denmark has a smart phone.

Even some of the homeless people.

This featured comment is an excerpt from Kay Xander Mellish’s new book: How to Live in Denmark: A humorous guide for foreigners and their Danish friends. It’s available on Amazon.com, Saxo.com. and on the iTunes store. An old-fashioned paper book is also available for order at howtoliveindenmark.com. Chinese version available soon!