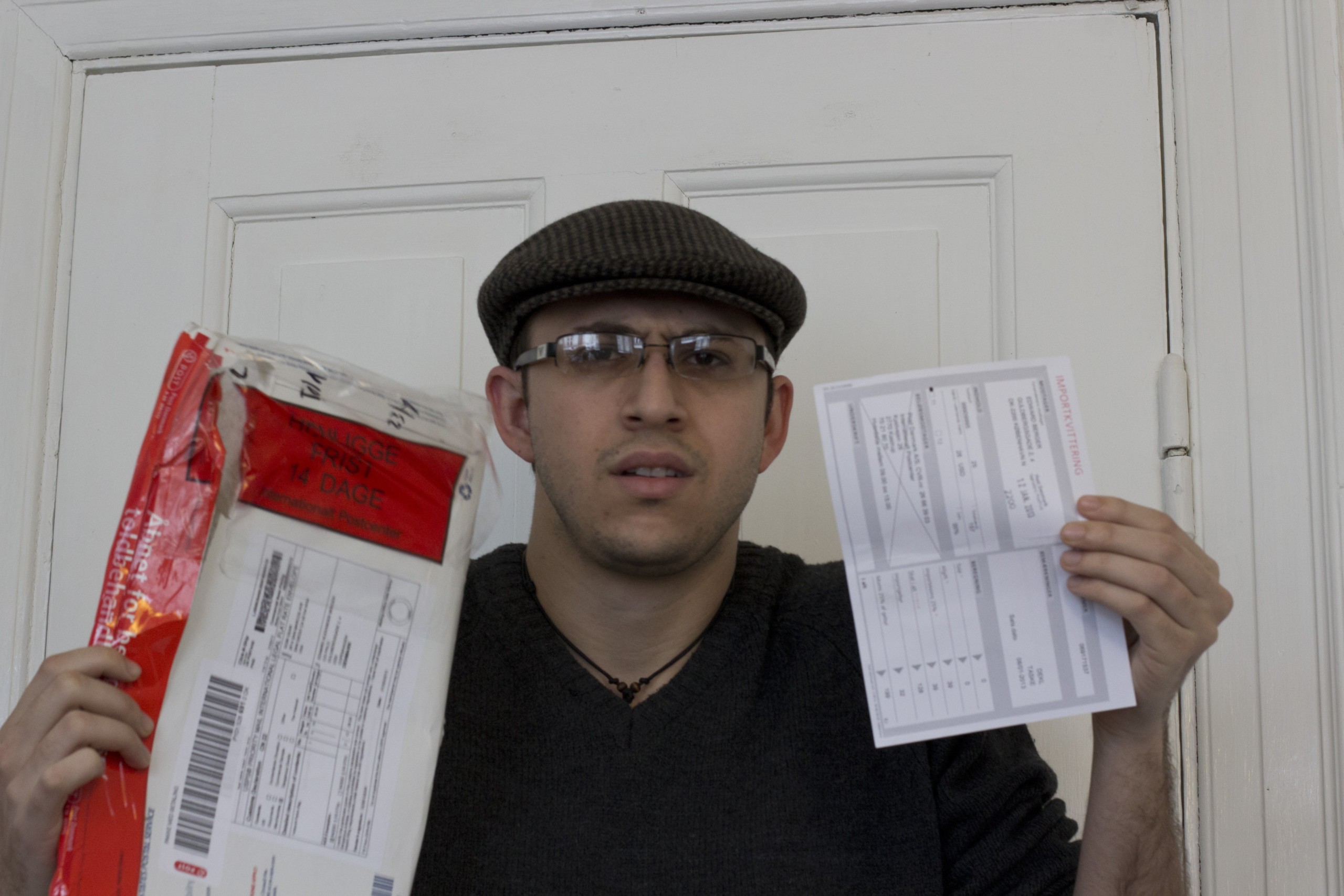 With the red tape, the customs and the extra VAT fees, Denmark's postal and tax regime has gone beyond ridiculous. Alex Berger is unimpressed

I want to talk about a problem that impacts everyone, but is especially hard on newcomers to Denmark, who will be blindsided by the level of customs and excises on international postal service transactions.

Last week I received a package notification slip which in and of itself was a small miracle. You see, the Danish Post (PostDanmark) is in general terribly incompetent. If your package is coming from overseas…well…good luck. It’s destined to spend more time sitting in warehouses and lost in customs than total time in transit.

This is a mistake, right?

I wasn’t completely sure what the slip was for, but assumed it had to do with a product sample a US-based company had sent me to review on VirtualWayfarer. By the time I reached the post office and queued up in a long line, I had a few minutes to puzzle over the package/customs slip I’d received in the mail.

It listed some DKK 199 (USD 35) in fees and taxes for the package. Knowing that the complimentary sample I’d been sent was only priced at USD 28 or DKK 150, I was more than a little puzzled about what it might be.

Had they decided to send additional samples? Had a mistake been made? Had someone sent a care package from the US that I didn’t know about?

After reaching the counter, I handed over the slip and proof of identification. The post office employee then spent the next 5 minutes searching the shelves for the package before finally finding the smushed and partially abused USPS flat rate envelope. I confirmed that it was, in fact, the product sample which included a very visible customs declaration form highlighting the USD 28 value of the item. The package was also wrapped in the red customs tape which I’ve come to associate with some sort of VAT tax or fee.

To my surprise, I was then informed that I’d need to pay DKK 199 in VAT and unavoidable fees if I wanted to pick up the package. While paying a VAT tax on the item might make sense and wouldn’t overly aggravate me – paying a DKK 160 combined fee and VAT on that fee (yup, Denmark charges taxes on fees and taxes) is ridiculous. Annoyed, I insisted that there must be some sort of mistake.

After all, it would take a profound level of mean-spirited corruption and/or general incompetence to create a fee and tax system that would result in taxes and fees that were 130% of the cost of the actual item being sent, right?

A fee is a fee

The clerk shrugged. I rephrased my complaint. He shrugged again. Then he told me if I didn’t want to pay the fees, I could refuse the package and have it returned to the sender (the default answer I’ve gotten from the postal folks every time I’ve mentioned the issue). I asked him what the point was of having someone send an order or a package if you didn’t intend to actually pick it up. It generally presupposes that if you’re receiving a package that you might, you know, need that package, right? He shrugged again. Then gave me a number to call, but told me they wouldn’t do anything.

He was right. The lady I reached when calling Post Danmark quickly explained that it was a flat, tiered fee. I asked what the fee was for? Apparently an unavoidable import tax and VAT. I asked if paying the VAT when shipping the package would make it possible to avoid the fee, and if the fee was a punishment designed to discourage people from paying at pickup. Her answer? Nope. The fee is unavoidable and VAT etc. can only be paid when the package is received. Flabbergasted, I asked her how they could justify charging a fee that was well in excess of the original price of an item. She didn’t care – the fee was the fee.

This isn’t just a Post Danmark and Danish Customs issue, it’s a regulatory and governmental issue. The fact that things like this are allowed and built into the system is not only idiotic, but it ought to be criminal given the profoundly exploitative nature of it.

Denmark: Shame on you…

What possible, viable, or credible justification can there be for charging a 130 per cent fee in excess of the original purchase price AND cost of shipping on an item that is not available in any way/shape/or form in Denmark or from a Danish company?

In expressing my frustration and outrage over the incident to friends, they’ve all noted similar experiences. In short, it’s just viewed as part of the system. To me, it looks like a legal alternative to the types of bribery and extortion you’d find in many third world countries.

I love Denmark, and the Copenhagen area, but there are aspects of the Danish system that not only drive me up a wall, but for which the Danish government should be deeply embarrassed and ashamed.