Comment: In reflection on the citizenship test I took 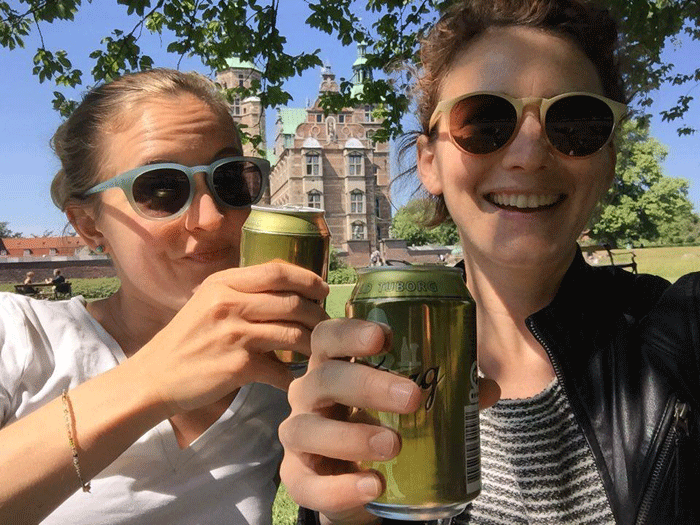 Two academics walked into a citizenship test. One answered ‘1970’ to the question, ‘Hvornår havde den første film om Olsens-banden premiere?’, in English, ‘When did the first film on the Olsen-banden have its premiere?’ The other responded with ‘Geranium’, to the question, ‘Hvilken dansk restaurant fik sin tredje Michelinstjerne i februar 2016?’ or ‘Which Danish restaurant got its third Michelin star in February 2016?’. Both represented arguably elite applicants, and both will most likely fail.

While the second question was answered correctly, it raised the question of who would know such an answer? While the business of being a foodie in Denmark and particularly Copenhagen is impressive, it is accessible to a privileged few, perhaps particularly so amongst those actively seeking citizenship.

“Perhaps it is designed for a greater purpose than blind exclusion – rather, this version as adapted by the current government may serve to entrench a very specific type of Danish-ness.”

Moreover and surely most obviously, who should know such an answer? The irrelevance of many of the questions was stunning. Over the past year, I had heard about the national joke of the inclusion of the question on the Olsen-banden movies, ‘Hvem instruerede Olsen-Banden filmene?’. While I assumed that the test reform included an appropriate reaction to public opinion, I nevertheless committed the name, Eric Balling, to memory. Alas, as the first question revealed, to no avail.

Test constructed to exclude, and fail

For the past 2.5 months, I labored over the 148 page preparatory material. And this was just a complement to the years I’ve spent in Denmark, raising Danish children, educating Danish students, volunteering with urban gardens and Røde Kors / The Red Cross and voting in municipal elections, amongst countless other citizen-’ish’-type activities. Yet for persons like my friend and I, educated and now employed at the University of Copenhagen- and moreover formally trained in pedagogics, to do so dismally, how did the others fare? How did those fare with less experience in studying, with less training in the sheer act of how to learn?

As others have also made evident, this test is constructed for failure. The response options for the first question above of 1968, 1970 and 1971 epitomize how many of the questions leave no room for educated guesses and reasonable deduction. Yet perhaps I misinterpret the true intention of the test. Perhaps it is designed for a greater purpose than blind exclusion- rather, this version as adapted by the current government may serve to entrench a very specific type of Danish-ness. If so, I imagine they’d enjoy applying the current exam to the entire citizenry. If Politiken’s ongoing poll holds true, we would likely see a share of the so-called Danes sent packing.

As I sat in a crowded building of applicants yesterday, having spent nearly DKK 1,000 to sit for my first try at the exam, I had to wonder where all the money goes. But of course the economic incentives of failure for the host institution fall far behind its more sweeping political purposes.

And as I left the exam feeling deeply frustrated, I also thought about the significance of such feelings for Danish society. How to make visible to the government the manifold effects of perceptions of isolation and exclusion of some residents within a community?

Within ten days, we’ll receive the results. But for now, it’s time to relax. And DR2 is showing a documentary on Flemming Quist Møller that really shouldn’t be missed!