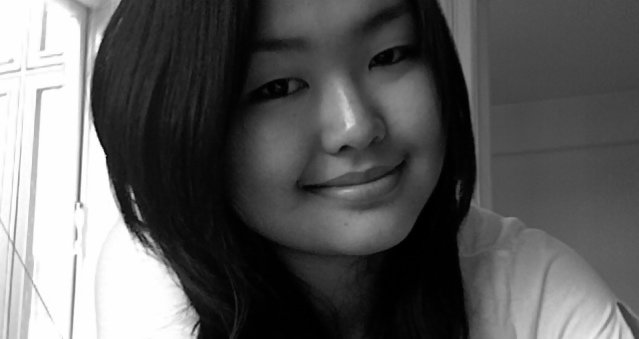 Batzul Gerelsaikhan is from Mongolia. She is studying for a bachelors degree in Economics at the University of Copenhagen, and has taken part in a number of events connected to the COP 15 climate conference
image: Batzul Gerelsaikhan

The voices of the developing countries are unheard at COP 15, writes Mongolian University of Copenhagen student, Batzul Gerelsaikhan, in a letter to the University Post

I came here in Copenhagen all the way from Mongolia in January for my Bachelor’s degree in Economics at the University of Copenhagen, so I had the privilege to volunteer and attend as many conferences and events as I can handle until this moment – IARU Int. Scientific Congress on Climate Change in March, Local Government Climate Change Leadership Summit in June, and Bright Green Expo during the COP15 this December to name the biggest.

Hence, I was looking forward to COP15 for a long time with a hope of seeing a ‘sharing’ mutual understanding between the developed and the developing countries, but to much disappointment, the gap between the two remained the same; and I have seen and heard only the voices of the developed countries, where they explained what they will do in the future and which new technology they will be using for themselves.

There are many developing countries like theTulun islands, for instance, where the people don’t even use cars, not even electricity, are facing the sea level rise, and they are estimated to be drowned down in 10 years, leaving its people to become refugees along with many other climate refugees in the world.

These developing countries are indeed the most innocent victims of climate change, and people are giving little (almost no) attention to these vulnerable countries.

So far, I have heard three Nobel Peace Prize winners, many royalty, PMs, MPs, ministers, governors and researchers speak of the dangers of climate change in the future; but why don’t they understand that the developing countries will be repeating the exact same mistakes they have taken, to become like them?

All this new technology and renewable energies are economically very expensive, for some countries too expensive, or more like impossible to get; hence we’ll keep using the old technologies with not much choice, unless the developed countries are willing to give a hand and help us jump the polluting steps of becoming a developed nation (and no, we are not talking about “$10 billion to Africa” kind of aid, we know you spend trillions for your defense, when you’re not at a war!).

Mere talk is not enough

I’m surprised to see that people find it so shocking that G77 and China leave the conference in midst of it; that protestors stand outside Bella Center in this freezing weather,and that Obama chooses to get his Nobel Peace Prize in Oslo rather than coming to Copenhagen immediately to help solve this issue.

Those people want an immediate action and not mere talk – since time is running out. Also, it is becoming clear that COP15 is most likely to fail like Kyoto protocol, because like mentioned above there are no mutual bindings between the developed and developing countries.

Whether it’s 2 degrees, or 1.5 degrees, it is important that countries should have a differentiated responsibility for each of their actions, since it is not fair for the developing countries to pay a tax for the C02 they haven’t created.

Hopenhageners like me, however, are still hoping that politicians can break the wall between the rich and poor like Germans did to its Berlin Wall. After all, we are all the same and everybody will be affected more or less on this one planet by this climate change.

It is only matter of time when we will all finally realize that sharing is the best solution now. If we fail to do so, it will be even more expensive and more impossible to reach any goal we’ll set in the future.