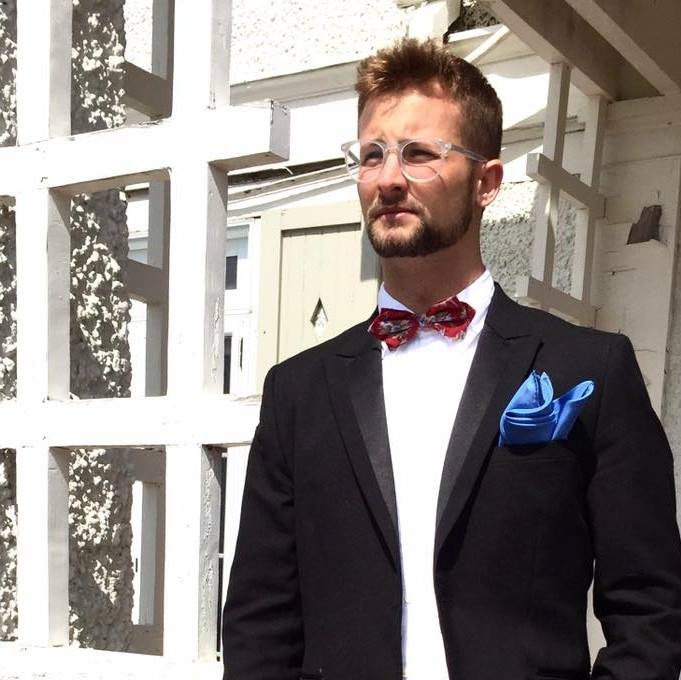 'Sink or swim' philosophy and attempts to curtail non-EU student numbers will not be good for Denmark in the long term, warns US health student

I am one of these fortunate students who has been granted a full tuition scholarship and monthly stipend approaching a net value of 1/2 a million DKK. Before I even go further, I need to express unfathomable gratitude.

First, thank you Denmark- you are my new home now and the only place I truly feel myself and like every day is full of possibility.

Thank you to DIS – Study Abroad in Scandinavia for providing such a fantastic introduction to a new culture and education system. And finally, thank you to my home country, the United States, for educating me well enough to qualify for the Danish Government Scholarship, which has been the ultimate blessing in my life.

I got into UCPH!

I got the news of my acceptance to the MSc programme in Global Health at the University of Copenhagen during an awful day at ‘work’ in the basement of a bike shop. I stood up at my desk, and felt a pang of excitement and relief from my current state of living and exalted “I GOT INTO UCPH!”.

The questioning of the data Søren Pind relies on is necessary

Now, how to pay? I emailed countless administrators at the University and every website seemed to say in bold letters, there are no funding opportunities for international students” save the option to take out additional American loans. You gotta love William D. Ford. The doors were all closed, even though the door I had been hoping for opened with embracing arms. After some waiting, I finally got an email from someone in the financial department at UCPH. All the email said was “you should actually open your letter of acceptance”. She was right.

In all my excitement and buzz, I hadn’t even opened the actual electronic acceptance letter on the admissions portal. After navigating through the maze, I got to the letter and there it was “It is our pleasure to inform you that you have been admitted to the two-year MSc programme in Global Health, Faculty of Health and Medical Sciences, University of Copenhagen, starting September 2015.” Great… but then the next paragraph, “The Faculty of Health and Medical Sciences has a very limited number of scholarships available for the 2015 international student admission. Due to your excellent academic standing, you have been granted a Danish government scholarship which includes: a tuition waiver for the two-year programme”.

No need for drastic measures

I cried and called every person I knew. Life shook me and said, “Zach, see? You are going to be alright”. There were a lot of times in that year when I didn’t think I would be; where I thought I had made a huge mistake.

I decided from that letter and on that I would stay here to have a family, to capitalise on my professional career, integrate into Danish culture and society, and grow my local and international network. The challenge was on and it was exciting.

I understand the allocation of funds for education becomes controversial when people take all that tax money and return home to their countries of origin. This is unfortunate and even makes me, a foreign national, wince in frustration. That in itself is not fantastic, but there are definitely solutions which should be considered before cutting all international funding and education programmes and taking the most drastic measures before considering what is truly at stake.

First of all, what is an “international” or a “foreign national”? Is the “1 out of 5” funded students who leaves the country after obtaining their “free” education (we still pay taxes by the way) non-EU? This data can easily be skewed to exclude EU foreign nationals and represent only non-EU minorities who have the largest legislative hurdles for remaining in the country after we graduate- not to mention financial. Yes, the Establishment Card scheme is fabulous, and you bet I have my eyes on it, but my wallet says differently.

That would be like saying I swept a bike shop basement for 6 months for nothing. It would be like saying my one-way ticket was a mistake. It would be like saying I didn’t actually have the qualifications to earn a scholarship in the first place- that it must have been a matter of chance or Danish roulette.  We would have left because the policies in place for foreign nationals to enter and remain in the country are incomprehensive and do not streamline the process for integration – they rely on a sink or swim philosophy and policy base. This is especially in consideration that foreign nationals have no definitive say in the formulation of any policies whatsoever and that it will now take 6 years (nearly a decade of someone’s life) to become a permanent resident.I don’t know any students who have 90,000 DKK disposable income after studying and earning the Danish Governments’ definition of the bare minimum for survival in the country for one year. If this data reflects 1 in 5 non-EU students, then yes perhaps you are right with us leaving, but it is not because we premeditated these gains in pursuit of our lives back home.

There is only so long we can prolong having a salary and being functioning adults before we need to throw in the towel and return home to make a living. For reference, my peers with Bachelor’s degrees in the United States have already had salaries for years and are growing their futures in confidence.

I have come from the basement of a bike shop to jobs within health policy strategy for the European Region at the World Health Organization within HIV/AIDS and Hepatitis and now Policy within Novo Nordisk, recognising I needed to make moves towards a Danish company if my future was to be certain in Denmark. We, being myself and my peers at university, have climbed the ladder from bottom to top and we are still told it is insufficient.

The questioning of the data Søren Pind relies on is necessary. I study Global Health and work closely with demography and epidemiology. We know better than anyone how to manipulate the data to convince people what we say is true. You taught us how to do it, after all. A favourite professor at UCPH, Siri Tellier, told us to always question the data quality. When you say the death rate is 1.5 you need to ask, “per what”? I do not doubt Danish economists to rely on strict and well-calculated data concerning educated foreign nationals, but I do question the phrasing of it and its manipulation when delivered to the media. I am asking Søren Pind to be specific and answer us, “per what”?

Next HIV vaccine. From Fyn?

Next, where do Danes go, and a vast majority of the world, when their R&D pipelines hit the roof? Or when their cancer treatments aren’t robust enough, or when they cannot treat rare genetic diseases during end-of-life care and need more support? They go to United States.

Where would we be without Harvard, Stanford, and Yale? Before I go on claiming this seeming “America first” attitude as my own, I will note Denmark’s own Ib Christian Bygbjerg phrased it this way to me. It would be wise to meet, especially Americans, with open arms during in this politically frightening time where countries are closing in on themselves. The future of R&D depends and relies on doors being open. Never has there been a time more necessary for mobility, internationalisation, educated young people, and academicians than now.

We, being myself and my peers at university, have climbed the ladder from bottom to top and we are still told it is insufficient

If the only alternative is that you do not want to pay, then how will you attract the young people you will need later to be your ambassadors and advocate for you? Every country, not least a small country relying heavily on imports and exports like Denmark, needs young well educated ambassadors who will advocate for them and give you what you need. If you can ensure that the next life-changing insulin, or the next crucial step in HIV/AIDS vaccines will come from Fyn or Jutland without a doubt, then by all means, close your doors, shut us out, and re-evaluate your HR departments. Suit up. However, if you can’t ensure that production, then I would ask yourselves, “per what”?

Time for more well-thought out solutions

When Søren Pind became Minister of Development in 2010, he called himself ‘Minister of Freedom’ and when he was Minister of Justice in 2015-16, he referred to himself as the ’sherif’. This time, Pind will become Denmark’s new ‘future minister’. But, how can he invest in a future for Denmark without treating highly educated and qualified people well?

I would urge, before coming to drastic solutions like immediate programmatic cuts, to consider well-thought out solutions which strike a balance between the nationalist political drivers in Danish government and the clear need for knowledge sharing and growth across borders in this politically frightening time. Some ideas we have thought of: include us in your A-Kasse scheme simply for job recruitment, not even dagpenge. We don’t want at this point, to give you more financial collateral against us, but it would be great to pay into an A-Kasse and receive a job counselor like our Danish counterparts.

Maybe you could lessen the financial requirement for an Establishment Card and evaluate how many of us actually find jobs and integrate sufficiently within two years; I can ensure your 1 in 5 proportion will go up. Stabilise your housing situation. Maybe if students didn’t have to move every 3 months on average, they would feel more comfort to remain. There are places to go which do not abolish what your peers before you worked hard to establish – like innovative and highly impactful programmes in Global Health and Global Development, which reflect global needs Denmark has made obvious academic and financial commitment to.

Zachary submits his thesis this August and completes a Student Assistantship in Novo Nordisk Regulatory Affairs shortly thereafter. He has intention to remain in Denmark and further contribute to Danish society, his own career and growth, and build a family in his home away from home.