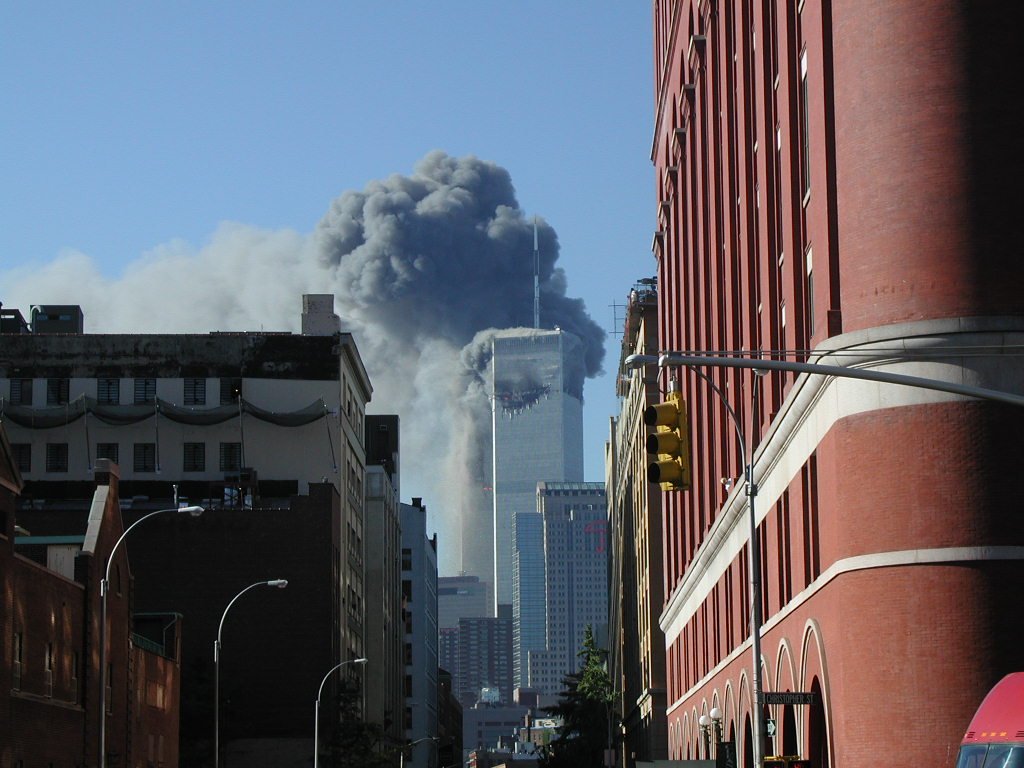 Ten years after 9/11, it is time for the Muslim and non-Muslim communities to reset their relationship, argues Ghanian-American student Gregory Agyeman Rockson

As I watched the World Trade Center collapse on television, I did not fully comprehend it. To me, it was like a movie.

People were jumping out of their windows. Whether they did so with the hope of saving their lives or because they thought it would be much better to die a fast death than to slowly burn alive is a question I don’t know the answer to.

More than 200 people jumped to their death that day. Families were broken, children became orphans and voice messages were left unanswered.

9/11 affected the psychology of my generation. We realized that though our aspirations may be infinite, the days of our lives are numbered.

We searched for answers to questions we did not know. What would make a group of people hijack a plane and crash it into the tallest building in the world was a question a ten year old could never understand, yet alone answer.

As common with pain, it turns into hatred. Hatred of anything that caused the suffering. We look for someone or something to put the blame on. In the case of 9/11, that something was not hard to find. The attacks ushered in a new era called the war on terror, construed by many as a war on Islam.

Today, our discourse on terrorism is filled with vitriol, hate and fear. When I moved to the USA, for the first time I encountered the acrimony between Muslims and non-Muslims.

Since 9/11, favourable opinion about Islam has declined in the US and in the West.

But what this trend reveals is the danger of a single story. These words were first voiced by Chimamanda Adichie, a young Nigerian writer, who said in a speech at TED: »Show people as one thing over and over again, and they become that thing.«

Islam has now become synonymous with violence and extremism.

The attack on the World Trade Center on 9/11 exacerbated many Westerners’ suspicions about Islam. Islam has become an exotic or foreign religion incompatible with Western values.

Non-Muslims are not the only ones with a dangerous single story mentality.

Many Muslims have also embraced a single story of the West. They see Western values as inherently corrupt and a threat to their religion. In Islamic media, the West is portrayed as a society that does not understand the larger meaning of life but one where greed, sex, and alcoholism are the preferred social norms. They construe the war in Afghanistan and Iraq as a war against Islam. They see their single story in the plight of the Palestinian people and not the attacks on Israel by Hamas or Hezbollah.

A Pew study conducted back in 2003 showed an overwhelming majority of people in Indonesia, Pakistan and the Palestinian territories had confidence in Osama Bin Laden to do the right thing, though these numbers sharply declined in another study conducted in 2009. Are these numbers surprising? No, because the single story ignores the atrocities committed by the Taliban or Saddam Hussein, but rather paints them as the true defenders and martyrs of Islam.

Both parties blame each other

In 2006, cartoons of the Prophet Mohammed were published in a Danish newspaper. This caused a huge uproar among the Muslim community in Denmark. Protests were held, properties were destroyed and death threats were issued. Muslims saw these pictures as an attack on their religion and supporters of the publication saw it as a defense of free speech. This incidence left many wondering if we can ever build a unified society.

I remember talking to a Muslim taxi driver in Denmark. He lamented what he saw as a deliberate discrimination of Muslim Danes. He had lived in Denmark for more than 30 years and had never felt foreign until these past few years.

But I also spoke with a Dane who complained bitterly about the unwillingness of Muslim Danes to integrate into Danish culture.

What I found interesting about these two conversations was how quick each side took to put the blame on the other party. At no time did they pause to ask if they were doing something wrong, or whether there were any merits to the criticism leveled against them. When I asked them if they had bothered to sit down with anyone from the opposing party to discuss their accusations, they said no. My encounter with both people reminded me of something may father once said to me: »Opinions based on prejudice can only be sustained by violence.«

A lot of the tension and violence we are witnessing today stems from the fact that people hold deep convictions about other cultures without even reaching out to them. We are all guilty of this problem.

As a Christian boy and someone who attended Christian schools I was made to think that Islam was a bad religion. It was not until I made the effort to talk to Muslims and make friends with them that I realized they shared some of the core values I had.

I would like to make a two-way proposal to get Muslims and non-Muslims in the West to improve the deteriorating relationship. First, moderate Muslims must be able to thoroughly articulate a modernized view of Islam. They must not be shy to talk about what is right with Islam and how it is different from what the extremists preach.

Muslim must also do a good job in embracing their ‘other’ identities. They must not continue to hold themselves to a single identity as ‘Muslims first’ in every situation.

Tariq Ramadan recounts a conversation he had with Amartya Sen on the question of identity in his book ‘What I believe’. During the conversation, Amartya Sen expressed his view on identity with this illustration:

Suppose, he said, you are a poet and a vegetarian. If you are a dinner guest, this is no time or place to insist on your identity as a poet, while if you attend a poetry circle, you are certainly not going to introduce yourselves as a vegetarian, for you would be seen as eccentric.

Identity not just one dimension

Muslim Americans must defy the temptation to limit their identity to a single dimension – their religion – that takes priority over every other identity. This is necessary for an honest conversation about Islam; because if this is not done, any criticism of Islam whether true or false shall be construed as an attack on Islam.

Non-Muslims must also embrace the pluralistic nature of their societies. Pluralism does not mean that we should ignore our religious identities but rather hold our deepest differences, even our religious differences, not in isolation, but in relationship to one another. Pluralism calls on us to recognize that we are part of a society that is much bigger than each of us. Immigration and an increasingly globalized society would require that we create a shared values system that recognizes the fact that no one religion holds a monopoly on morality.

When we look at a young Muslim, we should not first see the potential to be a terrorist. Instead, we should imagine him/her becoming the next Prime Minister or the next Einstein.

It has been ten years since the attacks on 9/11 that claimed the lives of 2976 people from 90 different countries.

Moral arc of the universe is long

Let us pause for a moment this Sunday, the 10th anniversary of the 9/11 attacks.

In the words of Martin Luther King Jr, »the moral arc of the universe is long but it bends towards justice.«

The death of Osama Bin Laden may finally bring closure to some families that lost loved ones in the attacks. However, the real closure will come not from winning the war on terror but on rebuilding the damaged relationship between Muslims and non-Muslims.