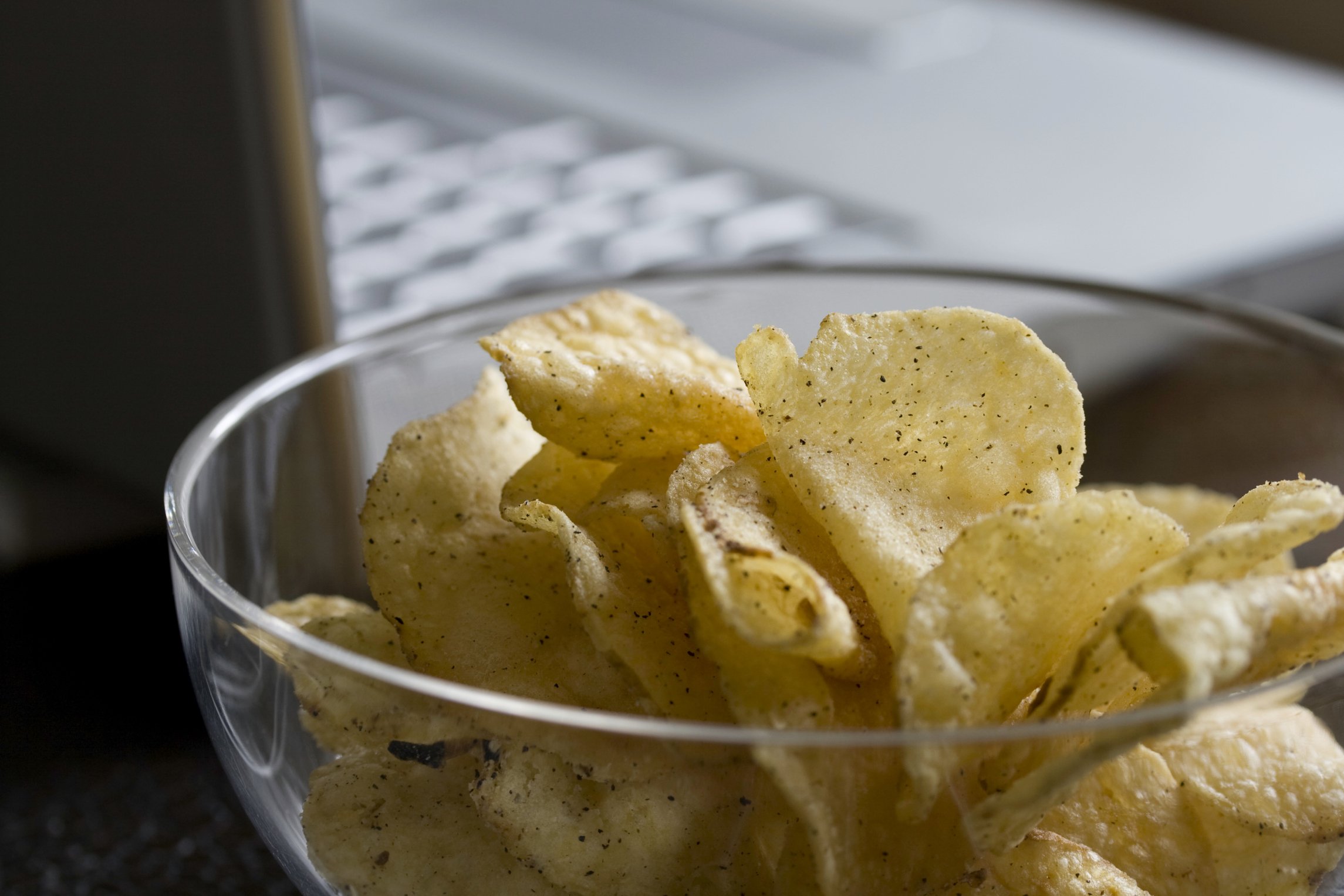 Computer use is a kind of mental aerobics, and tricks the body into thinking it has burned calories. This gives cravings for high-calorie snacks
image: photos.com

Staring at the computer screen makes you crave sweet and fatty treats, according to new University of Copenhagen research

As well as tired eyes and repetitive strain injury from the mouse, computer users have now yet another reason to fear spending the day at their keyboard. According to new research, they might also pile on the pounds.

This is according to a report by iVillage.com.

Research from the University of Copenhagen’s Center for Prevention and Treatment of Obesity and Appetite and Energy Metabolism shows that staring at a computer screen makes us crave sweet treats like chocolate and cakes even if youre reading a good-for-you weight loss article.

The researchers asked a group of female students to perform a task at a computer and another group to relax for 45 minutes.

Afterwards, when brought to a buffet, women in the first group consumed an extra 230 calories.

And the calories came from chocolate and fatty foods rather than the healthier options available.

The researchers believe hat computer work is interpreted by the brain as a form of mental aerobics.

The stress causes fluctuations in blood sugar and hormone levels and the brain is tricked into thinking it has burned lots of calories.

In order to replenish the calories the body thinks it has burned, you get the urge to eat more.

Computer games and TV have the same effect, say the researchers.

In order to combat this mechanism, researcher Jean-Philippe Chaput suggests taking regular breaks, during which stand up and move around.