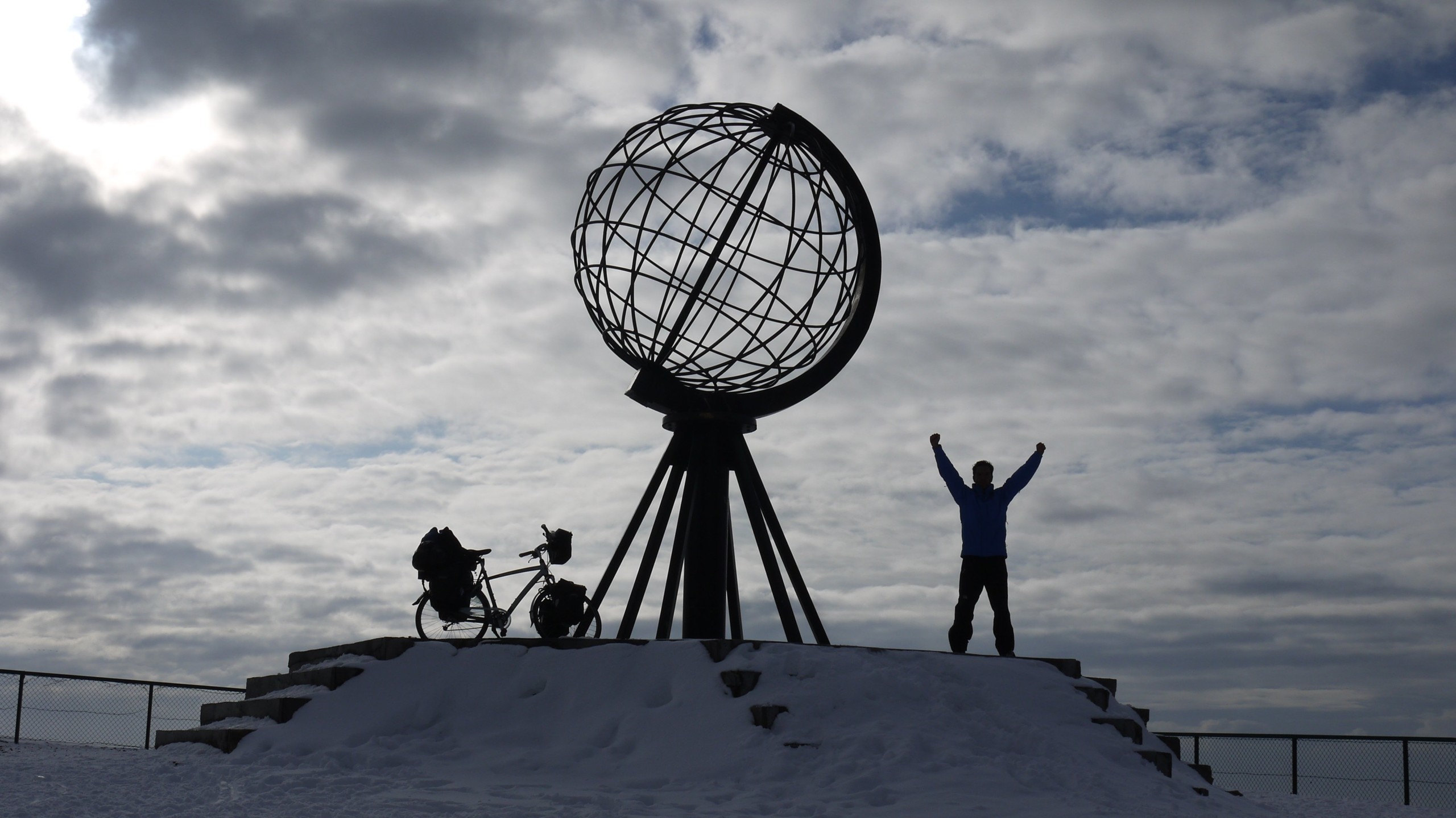 Gijs at his starting point at the Northern tip of Norway
image: Gijs Stevers

Intrepid alumnus of University of Copenhagen, Gijs Stevers will cycle from the far north of Norway, all the way down to the tip of South Africa on his battery-powered bike. We are receiving regular updates

His trip started just six days ago and he has already passed the 350 km mark, taking him well on his way to Sweden where he will finally start heading directly south. It is the first stage of his journey which will take him from the North Cape to Stockholm, a distance of 1,700 km.

Riding an electric bike that re-inforces his own pedalling power, Gijs Stevers aims to highlight the power of renewable energy by visiting green power stations along the way and exploring the environmental standards of the countries and areas he visits.

Along the way he has already stopped at the northernmost wind park in the world where they generate electricity for 7,000 households in extreme conditions. You can see pictures on his site here.

The entire journey of 22,000 km will take him from a place covered in snow for most of the year to places that haven’t seen snow since the last ice age. It will involve crossing three continents, Europe, Asia and Africa as well as ice, desert and savannah.

He will be travelling through countries that have undergone massive instability since his trip was planned and may have to do some creative thinking when he reaches Southern Turkey and Syria. And again when negotiating Kenya’s northern border between South Sudan and Somalia into more stable territory.

We will share his ups and downs and publish his reports from the journey.