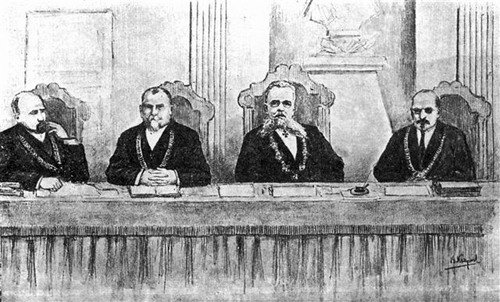 The University of Copenhagen team of law students was placed 18th out of 117 teams at the international moot in Washington D.C.

After a gruelling six day long competition in the US, the University of Copenhagen law team has come out in the top tier of the rankings. This is according to Miriam McKenna, one of the team members, who has e-mailed a report to the University Post from New York City, where the team is recuperating.

The Jessup tournament in Washington D.C., United States is a moot, or a competitive mock-up trial. It simulates a dispute between countries before the International Court of Justice. Teams prepare oral and written pleadings arguing both the applicant and respondent positions of the case.

According to Miriam McKenna, the Copenhagen team met Russia, Bosnia, Singapore and Brazil.

»Singapore in particular was a top seeded team. The judges on these moots said they were some of the best moots they had seen – and we all scored very highly as a result,« Miriam writes. She herself received a 97 score out of a possible 100 for one of her moots.

The University of Copenhagen received the »18th best written memorial overall out of 117 teams (from 79 countries),« Miriam writes, adding that »we all received lovely tax law books as prizes!«

Read how the Copenhagen team sharpened their skills here.