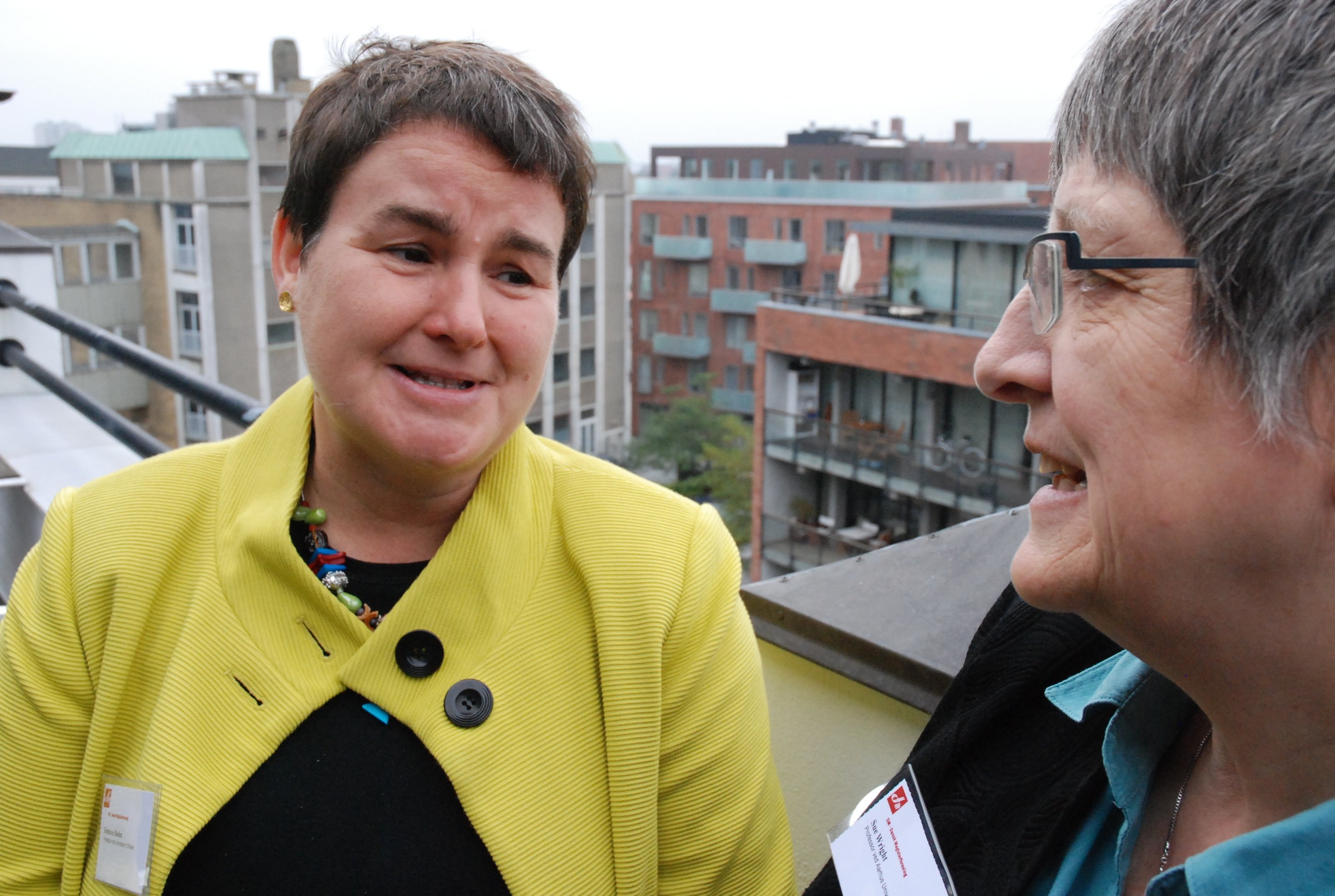 University administration costs have run wild, shows new study. No they have not, counters finance director

Danish universities, including the University of Copenhagen, have taken advantage of more government money 2005-2009 to hire an extra layer of high-salaried managers.

This is the controversial claim by a study presented at the Danish Association of Masters and PhDs (DM). The study, called ‘Follow the Money’, scores a direct hit on University of Copenhagen claims that its administration has slimmed down: The relative size of admin at Danish universities, including the University of Copenhagen, has actually increased over the last seven years, it says.

Professor Sue Wright of the Danish Pedagogical University and Rebecca Boden of the University of Wales Institute Cardiff have tracked the funding from the Danish treasury to the universities over the last seven years. Government financing of the country’s universities rose by 40 per cent between 2003 and 2009 in nominal terms. At the same time, and alarming to both taxpayers and academics, the proportion of Danish universities’ costs going to administration has gone up, not down.

And there is more.

In terms of the national average, Copenhagen is one of the university heavyweights. According to the two researchers, the University of Copenhagen’s cost of administration as a proportion of total costs rose from 21.49 per cent in 2005 to 24.13 per cent in 2009.

»If the 2009 proportion of costs going to administration had kept itself at 2005 levels, the University of Copenhagen could have hired 339 academic posts,« writes Sue Wright in an e-mail to the University Post and Universitetsavisen.

The higher costs for administration are not, or not just, a result of more admin staff being hired in support of academics, according to Rebecca Boden and Sue Wright. It is the result of larger salaries to a bigger layer of senior managers.

According to their figures, the average cost of each person classified as technical administrative personnel (TAP) at the University of Copenhagen rose from DKK 296,000 in 2005 to DKK 411,000 in 2009.

»This implies that the increase in expenditure on administration is not simply because more TAPs are employed, but because some are employed on very high salaries, to such an extent that the average cost per TAP has risen by 38.8 per cent,« Sue Wright writes.

Or, as Rebecca Boden put it at the conference referring to Danish universities as a whole:

»Rectors are being paid football player salaries, and their pay is sucking resources out of research and teaching«.

Århus University recently advertised for a new Dean in the Times Supplement for Higher Education. He or she will in this case be »better paid than the UK Prime Minister,« Rebecca Boden says.

The average Vice-chancellor (corresponding to Rector, ed.) salary among UK universities, including a number of small colleges, is DKK 1.8 million. According to a recent review by the Danish section of this newspaper, the University of Copenhagen rector earns DKK 1.98 million.

Director: They got it wrong

Boden and Wright have got their figures wrong, and their study is skewed, he claims.
Salaries to technical and administrative personnel (TAP) were 22.9 per cent of University of Copenhagen’s expenses in 2008, and it is expected to fall to 22 per cent this year. Academics, or VIPs in the terminology, have had their share of salaries rise, he says.

»This is a clear signal that things are not at all as bad as the researchers conclude, and that the study is out of line with University of Copenhagen reality. Expenses are being moved from administration directly over to research and education,« says Antonino Castrone.

University of Copenhagen management maintains that it has saved DKK 120 million in administration since 2007.

»In the survey, they have most likely not corrected for definitional and organisational changes,« he says.

In the case of Copenhagen, it seems the study authors and the finance director cannot reach agreement.

But if the study holds water, and manager salaries are boosting administration costs relative to research and teaching, the university has just been following Danish government policy, according to Sue Wright.

In line with trends from New Zealand, Australia the UK and the US, the 2003 University Law had universities develop as corporations with a highly paid professional management, turning universities into managed organisations within the ‘aim and frame’ outline set by government.

»In the UK and US there are now strong criticisms about the high percentage of taxpayers’ funding that is used to develop a new cadre of highly paid leaders and performance managers – paid more than the Prime Minister in the UK – rather than using public funding to increase the universities’ core public functions of teaching and research,« she says.