Copenhagen was a shock for disabled student 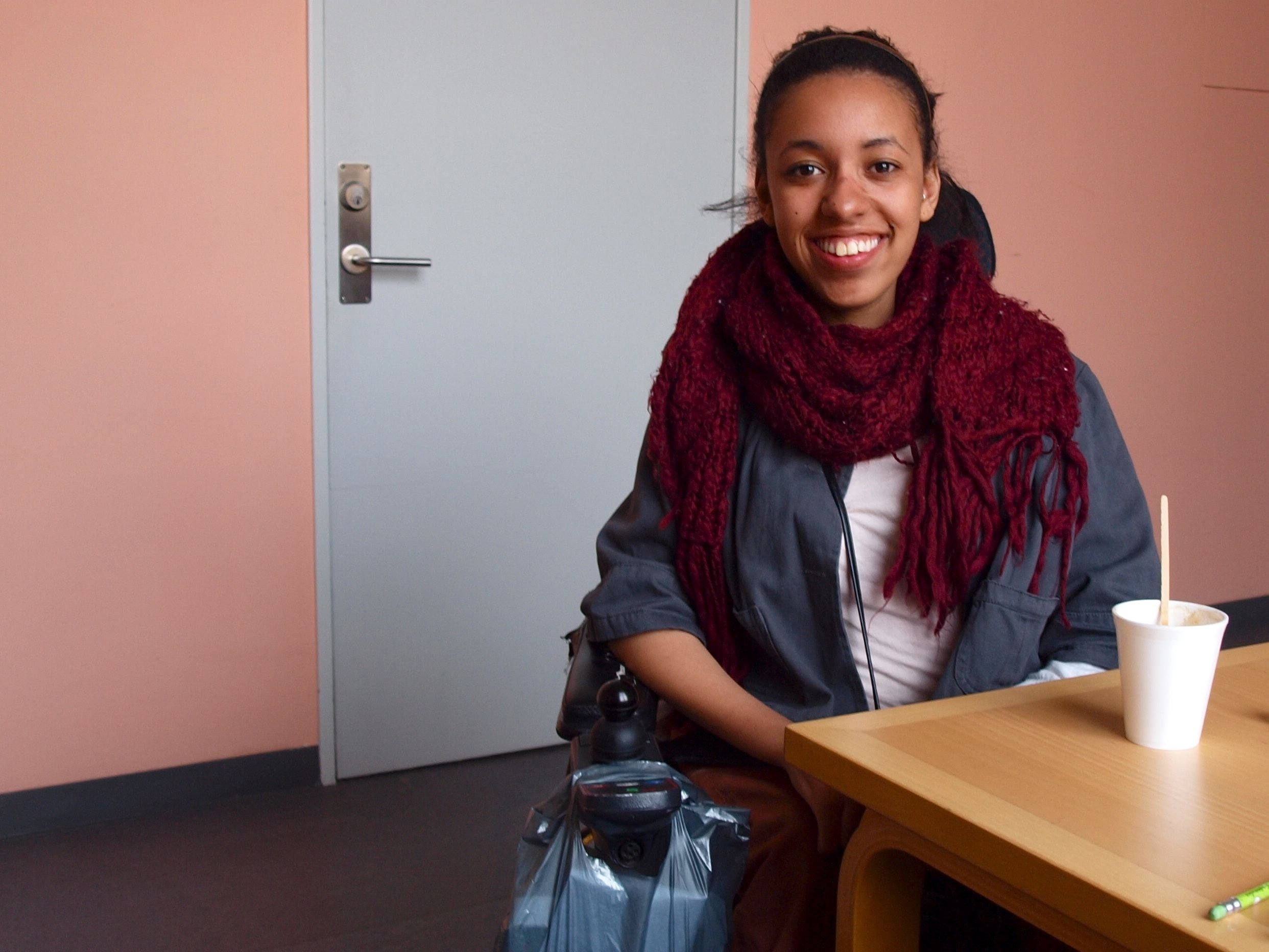 For most international students, studying abroad in Copenhagen is a no holds barred opportunity to experience the city and university to its fullest.

But for Tumu Johnson, a British exchange student studying psychology, such things cannot be taken for granted.

Tumu has spinal muscular atrophy, a genetic disease leading to the degeneration of her nervous system. At nine, her motor skills had drastically slowed and she moved to her first electric wheelchair.

Now twenty-one, Tumu is not one to let her physical condition slow her down. She’s upbeat and optimistic, and was determined to make her Erasmus experience a success.

Her university in England, Leeds University, recommended Denmark for exchange, based on its reputation for progressive social services.

The Leeds Disability Office, however, was unable to get a full profile on access at the University of Copenhagen, and lacking full information about accessibility, Tumu wasn’t prepared for the conditions awaiting her.

»To be honest, it’s been an absolute nightmare,« she admitted. »I was shocked when I arrived, I thought [accessibility in] Denmark would be better than England.«

Like all other international students in Denmark, Tumu is excluded from funding by the Danish State Education Grant and Loan Scheme, or SU in Danish, which also supports Danish students with disabilities.

Luckily, she receives grant money from the British Council, her home government, through a system of direct payments that enable her to hire two alternating caregivers, who provide 24-hour service, even while she’s studying in Denmark.

But Tumu, who studies at the campuses of CSS and KUA, has to find her own way around.

Going through the CSS buildings with her, as she skilfully navigated her way through the maze of levels and lifts, it was apparent how limiting the elevator service was to those who require wheelchair access.

»The system of lifts is really confusing,« she says, explaining that her first semester here was particularly challenging. »Now that I’ve got my head around it, it’s a lot easier though,« she says.

Conditions are worst at CSS, which used to be a hospital; very few buildings are accessible at the ground level.
»A lot of universities are old, it’s understandable… but everywhere here has stairs,« she says.

»Even at the social sciences library, there’s stairs at the front. So I have to go in the back… it separates you.«

While stairs act as a physical barricade, Tumu pointed out that there were other ways she could be limited from participating.

She is enrolled in the Danish culture course, where some marks are awarded for attendance, but she was prevented from going on one of the excursions because they couldn’t accommodate her.

»I think I’ll get my mark, but I missed out on that whole experience.«

Even though the Danish university system is designed to have disability issues as a private, individual concern, Tumu suggests that a more holistic approach should be incorporated at the university for all students.

She also proposes that the Erasmus programme improve its information for students with disabilities looking to study abroad.

»The limited access to public places – cafes, bars – shocked me the most,« she says, explaining that she’s made a habit of calling places before visiting them to make sure they have wheelchair access.
»You end up relying on the kindness of others – the people here are amazing,« she says.

»I haven’t felt any discrimination, except for the [public] buses,« she continues. »They’re awful…most drivers refuse to help me with the ramps.«

Despite the challenges, Tumu was glad she had chosen to study abroad, though admitted that it raised her appreciation of her home university.

»I’m not allowed to be complacent and I can’t take much for granted,« she states. »But this is my Erasmus, and I want to experience everything.«