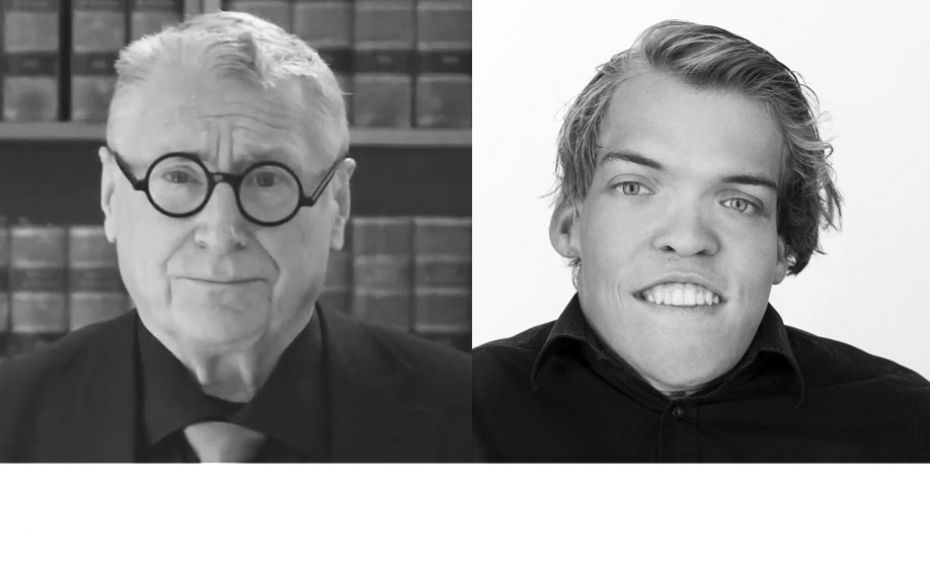 Monday had a judge presiding over whether or not lecturer Michael Bjørn Hansen had set up groups in his law class. A handwritten group list was presented in court as the smoking gun

Were groups set up for the lessons in Tax Law class 1 at the start of the semester in 2015? It is the question a judge will now decide, and the reason why lawyer and instructor Michael Bjørn Hansen has summoned law student Kristian Hegaard to the district court this first Monday in September.

Evidence presented includes handwritten group lists upon which the students of class 1 have put their names and e -mail addresses. The plaintiff’s lawyer sneers at the students’ scrawling letters. They are almost impossible to read. But the group list, according to the lawyer, is one of the most important pieces of evidence proving that Kristian Hegaard lied when he complained about the class 1 teaching.

For law student Kristian Hegaard the story started when he turned up for class in Tax Law at the beginning of September 2015. The Faculty’s administration has been slow to put him on a specific class, so he missed the first session. He quickly writes his name on the list that had been sent around one week earlier to divide the students into working groups.

Group work has been mandatory since the most recent master’s curriculum was introduced in September 2014. The idea is that a student should be placed in a group no later than the second teaching session, and that students, both in and outside class, should work cases in groups. This is according to Rasmus Feldthus, professor and study programme head for Tax Law who on this occasion has been called in as a witness by the plaintiff.

For lecturer Michael Bjørn Hansen, who did the teaching, the story goes back further. He has had a complaint case running since the autumn of 2014, where another student complained about the group work. A week before the start of the semester he is called to a meeting at the Faculty and is told to tighten things up.

So when he turns up for the first teaching session, he is determined that a complaint like this should not be repeated. The first thing he does is to send around group lists. And I don’t want any complaints, he says emphatically.

Law student Kristian Hegaard went to class twice before he sends his complaint to the study programme head Rasmus Feldthus. In his complaint he writes that the teacher seems unprepared, is lagging behind the curriculum, and does not write anything on the board. He also writes that the “teacher does not use groups, and has not even got them set up in spite of numerous student requests”.

For lecturer Michael Bjørn Hansen, who did the teaching, the story goes back further. He has had a complaint case running since the autumn of 2014, where another student complained about the group work.

At this time, several students were starting to trickle over and join the other Tax Law classes, Kristian Hegaard explains at the court hearing. And when students met up in other subject classes, they agreed that there was something quite wrong with the teaching on Tax Law class 1, and that something should be done.
It was particularly important for Kristian Hegaard that something was done about the teaching, as he is bound to a wheelchair. While other students easily could switch classes, this was virtually impossible for him, as there are only a few wheelchair accessible rooms in the old, twisty, Bispeanneks building.

It takes two weeks for Kristian Hegaard’s complaint to land on Michael Bjørn Hansen’s desk. This complaint hits him hard. It is no longer than six months since the faculty dealt with last year’s complaint.

Michael Bjørn Hansen is also thinking of his age. He has just turned 70, and he has no guarantee that he will get to keep his job. He has had over 30 years of university teaching experience, but the complaints could make it look like he is an oldie who can’t keep up with the times. And now it is written in black and white in Hegaard’s complaint that he is not ‘adaptable’. All this he explains to the court.

Complaint is based on a falsity

Kristian Hegaard’s complaint has led to the university imposing extra feedback and educational support on Michael Bjørn Hansen. “A nursery teacher,” his lawyer calls it.

Michael Bjørn Hansen has offered several explanations why he chose to sue Kristian Hegaard. One explanation is that he wanted to set an example. In another statement, he emphasized that Kristian was politically active, and that he sent his summons because he considered the complaint to be a political stunt.

In court, Michael Bjørn Hansen explains that he has sued Kristian Hegaard because he was shocked by the complaint, because the lawsuit would function as documentation towards the university, and because it would prove that he took the complaint very seriously.

He sent the draft of the complaint to the Faculty first. But when he after eight days had heard nothing, he sent the summons to Kristian Hegaard.

Violation with no penalty

The original suit has three separate points. First, Michael Bjørn Hansen wants Kristian Hegaard convicted of defamation, something that is punishable by law.

Kristian Hegaard’s complaint has led to the university imposing extra feedback and educational support on Michael Bjørn Hansen. “A nursery teacher,” his lawyer calls it.

Second, he wants DKK 2,000 in compensation.Third, he wants the claim that no groups were constituted in class as being declared unauthorised. That is, another way to say “take this back, and so there”.

When the two sides meet in court however, these points have been moved around. In fact several times, first in the plead – later in the claim – documents sent to the court before the meeting. This meant that a few explanations were in order to find out what was what. In the end it becomes clear that the judge is to rule on the question of whether groups were constituted, or not.

Michael Bjørn Hansen no longer wants to sue for libel which would entail a penalty and compensation. He just wants a legal cancellation. This means that he just wants Kristian Hegaard to prove that no groups were made in class, or withdraw his claim.

Kristian Hegaard’s lawyer insists on acquittal. And he rejects the idea of cancellation. He does not believe that you in accordance with modern legislation can be acquitted of saying something dematory and potentially liable to a penalty, while at the same time being forced to withdraw your words in a cancellation. It should be both or nothing.

The evidence is presented: A group list with Kristian Hegaard’s name is written on it, in his own handwriting, under the title ’group 8’. Michael Bjørn Hansen’s lawyer waves the piece of paper.
So why did Kristian Hegaard write in the complaint that no groups had been set up? Now things start getting meticulous. When is a group set up? When is a group ready to work? And who set up the groups? These are all questions that we hear in the courtroom.

Kristian Hegaard’s lawyer seems to imply that strictly speaking it was not Michael Bjørn Hansen, who had initiated the set-up of the groups. The names on the list were written by the students. And a typed out (by the teacher’s secretary) copy is first sent out by e-mail on 17 September. That is, two days after the complaint by Kristian Hegaard.

Kristian Hegaard emphasises that groups may have been set up on paper, but they were not, actually, workable. Group work was not a part of the teaching, and the groups did not present cases to each other, as they do in the other classes, Hegaard explains in court.

The court hearing lasts for four hours. The parties have to wait for the judge’s evaluation of the case. The district court has set aside a week to evaluate the set up of this group in Tax Law class 1. A verdict is expected in the case on 12 September 2016.