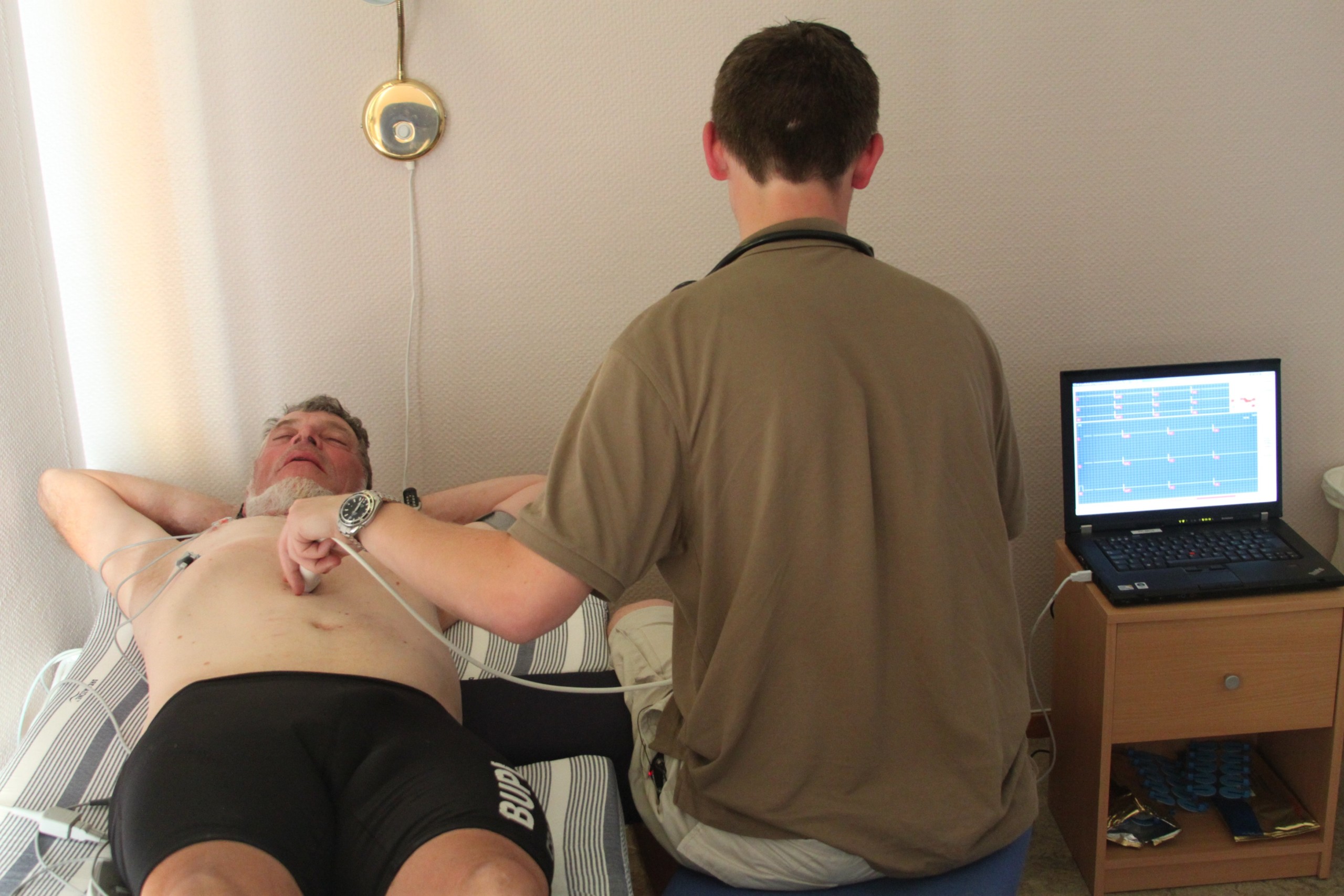 One of the riders undergoing tests at the end of 150 hours of cycling
image: Katja Kjær

Experiment group reaches Nordkapp after fourteen gruelling days of cycling. But it wasn’t over: A battery of tests awaited the hardy cyclists, writes experimenter Katja Kjær in her latest report

Finally, our group of riders achieved their goal. From Copenhagen to Nordkapp in just fourteen days of cycling.

The last stages certainly took their toll on the riders. But with the final destination slowly appearing in the horizon, motivation did not let the six cyclists down. Since the previous update, the riders have had some hard days along the west coast of Norway, with a series of gradients worthy of the Tour de France, and another almost unforeseen challenge.

The numbers of tunnels through the mountainous terrain turned out to be tougher than expected. Inside the tunnels, there was devastating noise from the traffic, severe temperature changes, and polluted air. Not exactly ideal circumstances for endurance exercise. But there were mostly no alternatives. At least if you were not counting on a detour of a hundred kilometres every time.

Lately, the weather got better than anyone would have dared dreaming of, and all the riders sported their hard earned tan lines, where helmet-straps and sunglasses cover their skin. Not surprising considering that the total sum of hours spent on the bike, is coming ever closer to 150.

Minor injuries were starting to show, and had to be treated to avoid worsening.

On the second to last day, an additional four researchers from the Biomedical Institute met us in the city of Alta so we were ready to conduct the final sampling and analysis once the challenge was fulfilled.

And now… the tests

Also escorting the brave pack were a couple of wives and friends, who had come to share the round up of the trip.

After popping champagne corks on the top of Europe, a strict routine for scientific investigations was carried out: Blood samples, muscle biopsies, heart-scans and a cycling test to exhaustion.

After having spent almost three thousand kilometres in the saddle, the cyclists (who now turned into subjects) complied amazingly well to the day in the lab, and everything went according to plan.

Head of the scientific team, Jørn Wulff Helge, says that it is »now time to evaluate all the collected data, and get the conclusions down on paper in order to see if our hypothesis correlated with reality«.

Hats off gentlemen for a job well done!

See the latest gallery from the trip here, and an earlier gallery here.