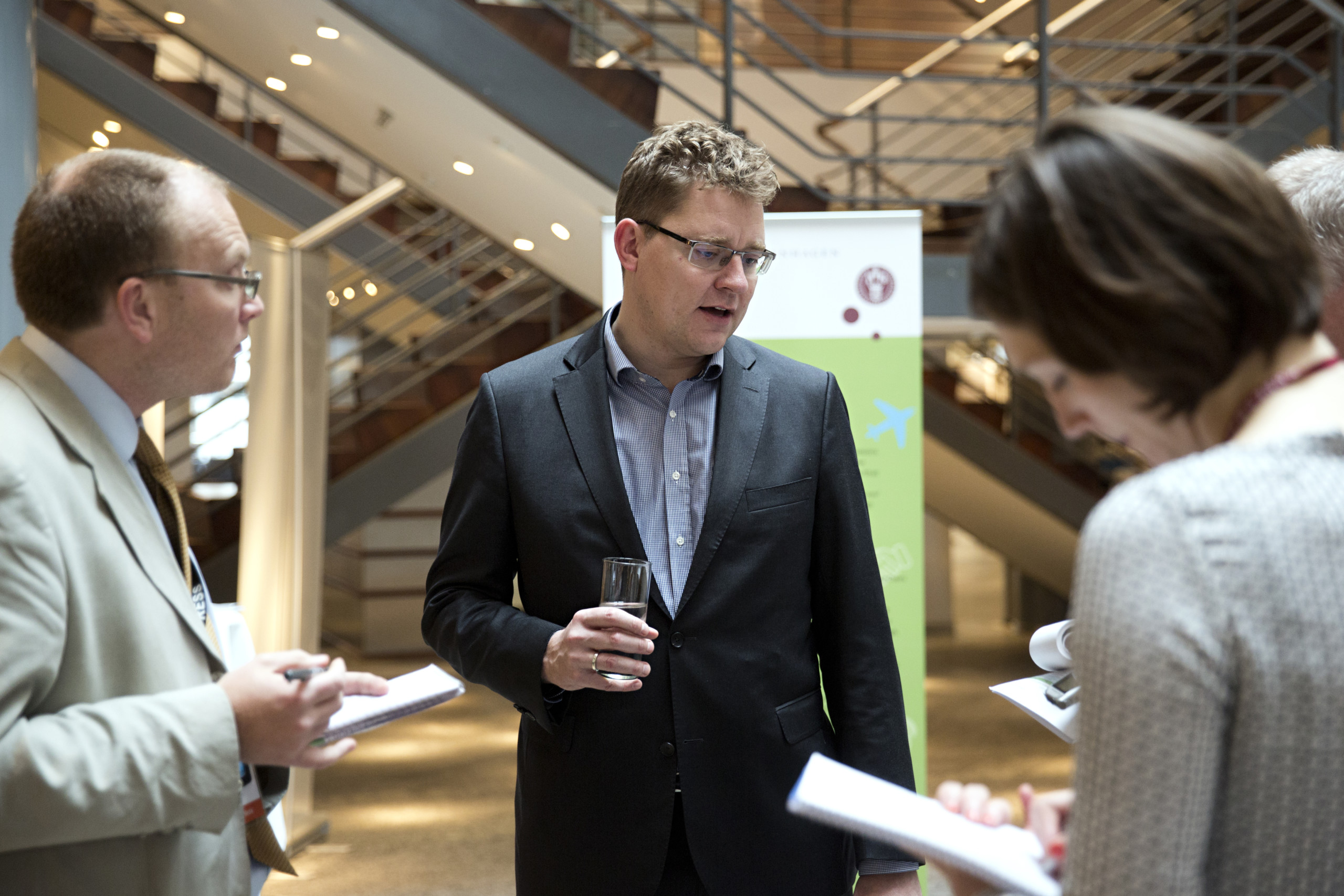 Minister of Climate and Energy Rasmus Helveg Petersen with the University Post and other members of the press at the IARU sustainability congress
image: Lizette Kabré

Climate change will have severe consequences without global action, Danish minister told the University Post at the University of Copenhagen-organised IARU sustainability conference

“We are going to see things that are very troubling.”

“The consequences of not acting will be severe for all of us,” he said.

His speech followed the announcement of a new EU agreement to cut greenhouse gas emissions by 40 per cent by 2030, compared with 1990 levels. Targets that have been criticised as unambitious.

Denmark “would have liked the targets to be stronger, and binding,” he explained. “We entered with goals and didn’t get all we asked for. But what we did get, we can use,” he said. A United Nations climate conference in Paris in 2015 is now the new focus. “we want to have a global commitment at these discussions,” he said.

Earlier this year researchers at the World Wildlife Fund (WWF) named Denmark as one of the fourth largest polluters. By way of response, the Minister pointed to the fact that Denmark was committed to a climate change action plan, setting and reaching the relevant milestones as they emerged.

“According to our energy plan, Denmark will be fossil fuel free by 2050. In the future, negotiating is also going to be easier and technologies will help.”

The Minister said that Denmark was a frontrunner in wind-powered energy. “Denmark is way ahead on wind power, thanks to a combination of good science and good companies.”

Wants to influence other countries

The shift to windpower started in Denmark decades ago.

“We’ve been in this since 1973″, he said, “and we are going to be in this through to 2050, maintaining an overall consensus in Denmark on climate change action.”

“We’ll make our mark by using that consensus to influence major developing economies to implement their own energy plans,” he said.