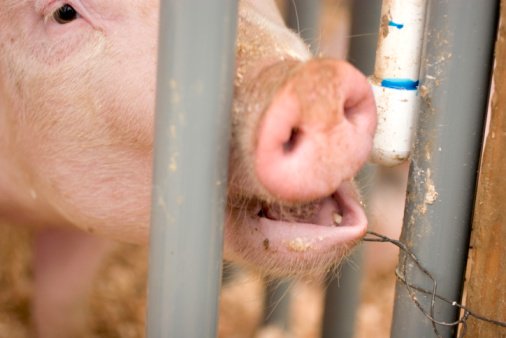 The last two years have seen the number of cases of pig abuse increase fivefold. University of Copenhagen researcher blames a new system, which rewards the speedy transport of pigs to the slaughterhouse

Over the last two years, the amount of pigs arriving at slaughterhouses with serious injuries has increased by 500 per cent. Professor Henrik Elvang Jensen of the University of Copenhagen’s Faculty of Life Sciences blames a new system which rewards faster transport times when sending swine to slaughter.

This is according to the Danish news site, the Copenhagen Post.

The injuries have caused an uproar at the Department of Veterinary Disease Biology at the U of C and Denmark’s largest slaughterhouse, Danish Crown, where up to thirty pigs at a time have been delivered with serious injuries.

Time is of the essence

After studying the injuries the pigs had sustained, Professor Henrik Elvang Jensen has concluded that most were sustained while the amimals were on their farm of origin, and that the damage was caused by blunt tools such as pipes, planks and chains.

»Such a system can provoke a violent reaction in the farmer, if he suddenly sees 30 pigs running in the wrong direction,« he says, referring to a system, introduced in 2006, whereby farmers are rewarded for the speed at which their pigs arrive at the slaughterhouse.

The head of Danish Crown’s pork production committee, Erik Bredholt, does not believe that the reward system is at the root of the problem. Instead, he suggests that the financial strain farmers are under is causing the injuries.

»Every farmer knows you don’t get your pigs loaded on to the truck faster by beating them,« says Bredholt.

He stresses that beating animals is completely unacceptable, in any situation.