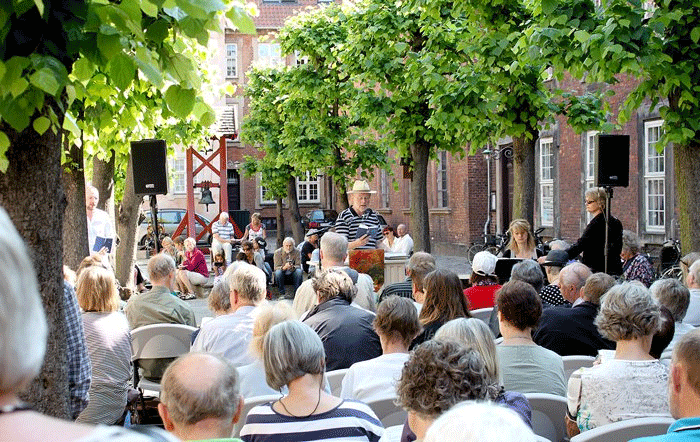 Denmark’s Constitution Day is celebrated all over Denmark on 5 June with open political meetings that combine political speeches and social events or what the Danes call ‘hygge’. But the meetings are usually held in Danish. Not any more, or at least not only any more for the internationally-oriented Social Liberal Party.

This year the Social-Liberals will be opening the traditional Danish Constitution Day up to the international community for the first time.

“The language of the meetings will be English this year. Partly because we also got a call from a member working at the University of Copenhagen (UCPH),” writes Jens-Christian Poulsen to the University Post.

For all political affiliations

His colleagues, many of whom don’t master the Danish language, had asked him, ‘where can we go and participate when we don’t understand Danish?’, he explained.

“Now we have decided to follow his call and setup a meeting where English is the language spoken,”

The meetings in Danish normally exclude international residents from the festivities. The Social Liberal Party in Copenhagen’s intention with the initiative is to welcome all members of the international community, regardless of political affiliation.

In addition to the meetings being held in English, the issues directly impacting foreigners in Denmark will be at the forefront of the discussions. The key topic this year will be the current refugee crisis in Europe and Denmark’s response to it.

Sofie Carsten Nielsen is vice-chair of the Social-Liberal Party parliamentary group, a former Minister for Education and a confirmed speaker at the event.

“Constitution day is as Danish as The little Mermaid and H.C. Andersen, but to most foreigners it is a well-kept secret democratic tradition. In the spirit of openness, democracy and European solidarity, we think it´s about time to invite non-Danish speakers to join the conversation.”