Denmark gets bottom score in freedom of research within the EU 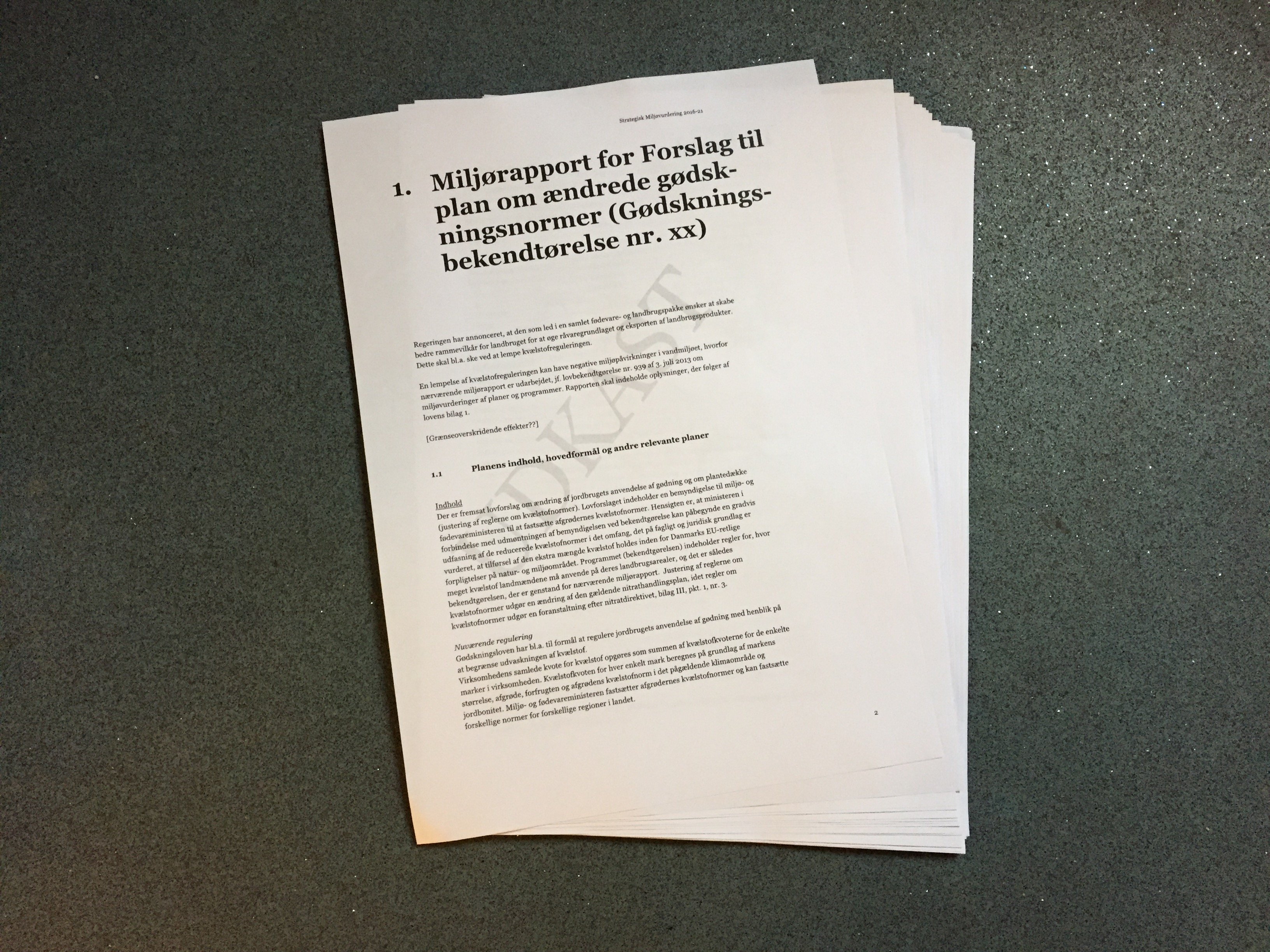 A new report shows Denmark is performing poorly in guaranteeing freedom of research for its academics. Depicted: an infamous environmental report by researchers from the University of Aarhus who found their research freedom curbed by politicians. The ensuing scandal led to the downfall of the Minister for the Environment, Eva Kjer Hansen
image: Dennis Christiansen

Karran’s study has been published in the journal Policy Review in Higher Education.

Researcher’s  rights are not protected

Thus, Denmark is at the bottom of the the European league when it comes to freedom of research. Since Karran last carried out the study in 2007, Denmark has only moved three spots forward.

Even though Karan’s study primarily looks at the formalities in relation to the laws of the various countries, it paints a picture of the fact that Danish researchers’ rights are poorly secured.

Danish university policy was reevaluated in 2009 after criticism from several international experts. 6,502 Danish researchers signed a petition to push the government to secure their rights.

Since the 2007 study, a revised university policy was implemented in 2011 aimed at better securing Danish researchers’ rights. However, according to Karran, the policy has not had the desired effect.

“Clearly, rights protection of academic freedom is still not sufficient in Denmark,” says Karran to videnskab.dk in a longer (Danish-language) article on the study.

Denmark is below average within all the report parameters, including freedom of research.

In the report, Karan builds on UNESCO’s definition of freedom of research from 1997. To meet the definition, it firstly requires freedom on three levels: individual, collective, institutional. It also requires that researchers can freely select the theme, theory or method of their research, and that they can freely speak out and publish during the entire process.

Karran measured the 28 EU countries against a range of parameters such as the universities’ self-determination and job security of researchers, for example their ability to express criticism or oppose the management of institutes.

Denmark’s position on the list is alarming, says professor emeritus Heine Andersen, author of “Freedom of Research: Ideal and Reality” which investigates freedom in Denmark, including several cases from Danish universities where freedom of research has been violated.

“Even though Karan’s study primarily looks at the formalities in relation to the laws of the various countries, it paints a picture of the fact that Danish researchers’ rights are poorly secured. There are no real sanctions, even though their freedom of research is being violated – as, for example, happened to Gyllegate, where the researchers behind it could not comment due to confidentiality contracts. There were no consequences for the University of Aarhus or the rectors who accepted the contracts,” says Andersen.

Researchers can be easily fired

Karran ranks the 28 countries out of 37 indicators based on UNESCO’s definition of freedom of research. Some of the factors which contributed to Denmark’s low ranking in academic freedom include:

Part of the work of union Danish Association of Masters and PhDs (Dansk Magisterforening) includes protecting the academic freedom of researchers. According to union chairperson Camilla Gregersen, researchers’ rights would be better secured if it were enshrined in the constitution, as it is in Spain and Luxembourg.

“I think it is critical that freedom of research is enshrined in the constitution like many other countries have done. Freedom of research should have a more central place as a fundamental element in a democratic society. But where there is no legislative train, you have to rely on other tools, including a collective discussion about the meaning of freedom of research, which is why we regularly raise the issue.”

I think it is critical that freedom of research is enshrined in the constitution like many other countries have done.

“At some universities, local politicians are now developing a code of conduct for how to ensure freedom of research, and I urge all universities to do the same. Problems can arise during the preparation work on a code of conduct which management should be aware of in order to secure freedom of research. It is crucial that researchers are involved in developing the guidelines,” says Gregersen.

Andersen agrees that a code of conduct to ensure freedom of research would contribute to greater clarification. He says it is striking that the Danish Code of Conduct for Research Integrity from 2014 only fleetingly refers to freedom of research in the preamble.

“And a code of conduct will not at all be sufficient. I believe that the only solution is to introduce a higher degree of collective control of management. This will require collegiate bodies to be assigned real executive powers, including the power to elect and deploy managers if they do not live up to the responsibility to protect freedom of research.”

The government is developing a code of conduct

Minister of Research, Søren Pind, has said in several interviews that he supports freedom of research. In an email to Videnskab.dk, he stresses that university policy ensures freedom of research, and that it is the universities’ responsibility to protect the rights of individual researchers. He adds that the government has allocated DKK nine million in 2016 /2017 aimed at illuminating integrity in research.

“We have also developed a new code of conduct and a new system for integrity, where universities play a larger role and have better opportunities to collectively protect integrity and freedom of research,” writes Pind to Videnskab.dk, referring to the code of conduct which Andersen considers insufficient.