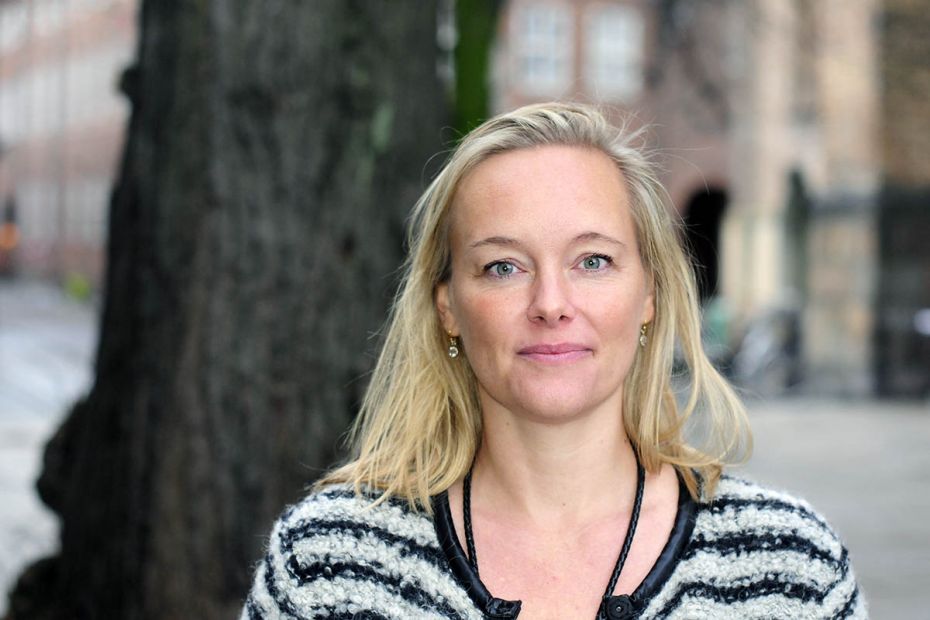 Tina Kaare has announced her resignation as of 31 January, 2017, with no further comment. The University says that the system of student ambassador will continue when a successor is found

“Dear All. 30th September I tendered my resignation as student ambassador with the job ending 31st January, 2017. The function will continue to operate until this date.”

This was the brief announcement from Tina Kaare, student ambassador at the University of Copenhagen (UCPH) on Facebook.

She does not want at this stage to comment further on her resignation, as she says she does not want to create uncertainty among students who have their cases in process.

The University Post has learned, however, that it is a disagreement over the content of her position, that is behind Tina Kaare’s resignation.

The question is whether a student ambassador should only offer guidance to students who themselves make a request regarding their rights, duties and complaints, or whether she should play a more active role.

According to the mandate defining her job, the student ambassador can provide impartial legal advice, but cannot make decisions in cases, act as a student lawyer, or be party to a case. Neither can she state an opinion on professional issues or resource issues, including whether a grade is correct.

But there has, apparently, been a debate over what the ambassador can and cannot do anyway, according to the 2015 annual report.

The issues include whether she should take part in students’ meetings with the university as an observer, and in the timing of her interventions in an administrative process.

“It is important to have a student ambassador with the muscle, space and right to be able to effectively advise and support students who get stuck in the system. As a student you are often left alone and can get lost ” – Alexander Thorvaldsen, student representative elected to the UCPH board

Starting in 2013, Tina Kaare made her own recommendations to the University’s administration in the light of her students’ inquiries.

In 2015, she stated that the University should focus on the rights of students with disabilities, on giving better statements in exam complaints, and on improving the availability of information on the university’s intranet system KUnet.

Evaluation on the way

According to Alexander Thorvaldsen, the student representative elected to the University’s Board of Directors, the function of student ambassador is to be evaluated during the coming months.

He himself believes that the student ambassador scheme has been a huge success in terms of number of queries and in terms of the counselling provided, and he expects the review to confirm it.

He believes that the system should never be watered down to the extent that the student ambassador only informs students about where they can seek redress and complain.

“It is important to have a student ambassador with the muscle, space and right to be able to effectively advise and support students who get stuck in the system. As a student you are often left alone and can get lost” says Alexander Thorvaldsen.

Resistance in the Board

When the University’s Board of Directors considered the proposal to establish a position as a student ambassador in 2011, a minority of members were opposed to allocating DKK 2.2 million for the purpose.

They feared then “that it was in the process of building up an unnecessarily large bureaucracy that will look in all nooks and crannies for new cases to take up in order to legitimize its own continued existence.”

“When you get a secretariat you also need to take on cases. But we didn’t request a lawyer so they could sit and wait in their office when we in the Board of Directors agreed to introduce a student ombudsman. A compromise could be to get a lawyer to take on the task in addition to his daily work,” said the now former board member Boel Flodgreen.

Her title should have been a student ‘ombudsman’, a uniquely Danish term which equates to complaints officer, but the title proved to be reserved for the Danish parliamentary ombudsman and the consumer ombudsman.

It was the case of the fraudulent neuroscientist Penkowa that paved the way for UCPH to be the first university in Denmark to have a student ambassador.

Media: Penkowa framing of student was known by uni

Penkowa falsified her student assistant’s bank details to make it look as if it was him and not herself who had cheated the Danish Society for Neuroscience of DKK 30,000. When the student asked for UCPH help none was available. Penkowa was suspended from her position a year later.

To hire new person for position

It has not been possible to get a comment from UCPH management, but deputy director Steen Ulrich writes in a comment on the student ambassador’s facebook page:

“The position will be advertised sometime in the new year. Exactly when this will happen, will be decided by the University Board, which supervises this function. Information will be forthcoming on this page and internally at UCPH on the hiring process and how the function will be covered from 1st February and until the new hire begins.”