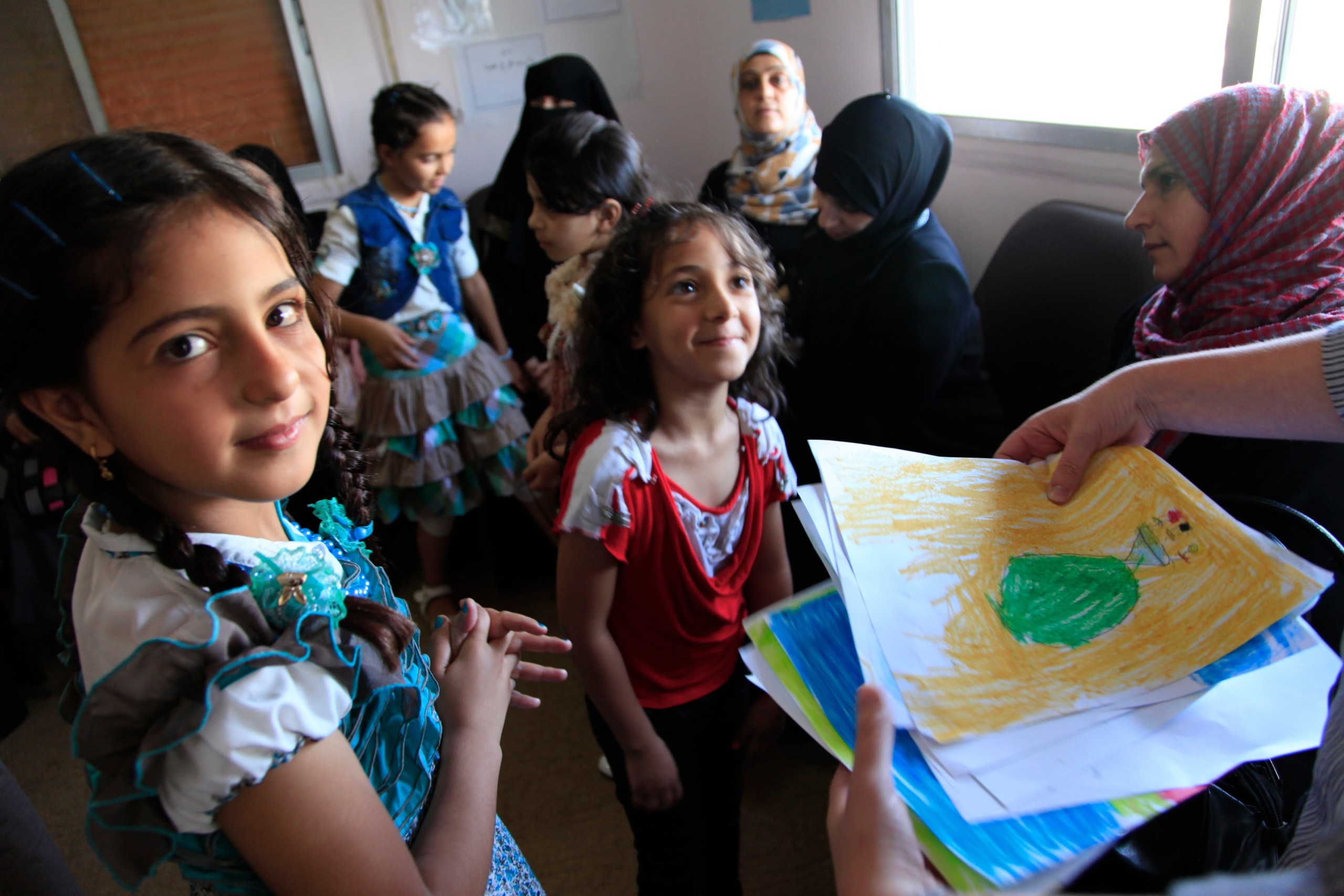 Syrian refugee kids in a camp. An often overlooked problem among refugees is dental problems. Now seven students from UCPH will go to Northern Iraq to treat toothaches and its like in two Syrian refugee camps.
image: Wiki Commons

This summer, seven students from the School of Dentistry at UCPH offer free dental work for some of the 250,000 Syrians living in Iraq's refugee camps. The students have organized the trip themselves as a humanitarian project together with their teachers

Refugees get toothaches like everyone else – but under worse conditions.

This is also the case for many of the 250,000 Syrians who have fled to Iraqi Kurdistan from the civil war in their home country. One-fifth of them are in urgent need of dental care.

This is why seven students and eight teachers from the School of Dentistry are spending their summer vacation travelling to refugee camps in northern Iraq to provide much-needed relief.

Chronic inflammations in the mouth can be fatal, because the infection can spread throughout the body and toothaches are debilitating. But this is often overlooked by humanitarian organizations.

A safe area to travel to – despite ISIL

The students have chosen to concentrate their aid effort on two cities in northern Iraq, Hawler and Sulaymania. Both cities are university towns and the Kurds, who control them, have a firm grasp of the two areas.

“We therefore felt it would be easiest for us to work there,” said Jibran Ahmed, a dental student at Panum.

The decision to travel to Kurdistan is also linked to the family backgrounds of four of the seven dental students.

“Three of us come from the Kurdish area in northern Iraq, while one of us is from the Iraqi part. Two of us are in regular contact with our families in the area, and they tell us that it is peaceful,” says Nina Abdullah, who is in Jibran Ahmed’s class at Panum.

The Islamist rebel group ISIL’s advance in northern Iraq has been garnering a lot of media attention in recent weeks, but Nina Abdullah does not feel that this is a reason not to go there. She would only cancel the trip if the airports in the area closed down.

“My family members tell me that they are doing well. They haven’t experienced anything beyond what is reported in the media,” she says.

Many more may need help

Niels Christiansen, who teaches at the School of Dentistry, is accompanying the seven students throughout their stay, while the seven other staff members will be with them for varying, slightly shorter periods of time.

Niels Christiansen believes in the Kurds’ ability to maintain relative calm in their part of northern Iraq and hopes to be able to help up to 5,000 refugees. However, there is much uncertainty about this number.

“The number of 5,000 corresponds to each of us having about 15 patients a day, but it all depends on how complex their problems are. If their needs are very complex, we will not be able to treat as many patients,” says Niels Christiansen.

He says that the working conditions in the refugee camps can be difficult and unpredictable.

“There is no way we can find out in advance what we are up against. We have tried, but we can’t possibly predict how much treatment the patients will require, or how many patients we have to deal with. Our estimated patient population was, for example, 250,000 Syrians – until a short while ago, when within two weeks 150,000 Iraqis came to the refugee camps after ISIL’s movements,” says Niels Christiansen.

Nina Abdullah, Jibran Ahmed, Niels Christiansen, and the others have gathered large boxes of relief goods that they have collected over the past year.

The equipment was donated by Danish dental companies who, among other things, have contributed with 4,500 toothbrushes, gloves and suture materials.

The flights back and forth for 15 people were paid by a Kurdish billionaire, while the Kurdish authorities are taking care of all the practical matters.

“They made clinics in Hawler and Sulaymania available to us, one of which is even a dentistry school,” says Jibran Ahmed.

“And we also get food and accommodation from the Kurds,” adds Nina Abdullah.

Only the humanitarian organisations did not help

All three have only positive things to say about the help they have received. Some staff at the school could not come with them, even though they wanted to, but they are supporting them from home.

The only ones who didn’t help them, were the humanitarian organisations.

“We actually contacted them in the beginning, to offer our help, but either they didn’t answer or they replied that they had no relief work in the area. It surprised me, also in a negative way, that this wasn’t easy. But apart from the contact with the humanitarian organisations, everything worked out,” says Niels Christiansen about the challenging beginning of the project in autumn 2013.

Hope project will lead the way for others

Nina Abdullah is looking forward to the trip.

“For me, it will be a huge experience, both that I can go there and help a lot of people and that I can develop myself professionally. I already feel good now, but it is going to push me even more, and it will also get me ready for work after graduation,” says Nina Abdullah, who like the other students in the project is in her final year.

“I think we students are going to learn a lot academically. This is something we want to continue doing, if it proves to be a success. We plan to go there again next summer and will expand it, if there is a capacity for it,” says Jibran Ahmed.

“We hope this can be an eye opener for other universities in the world. It would be great if we could leave a mark,” she says.