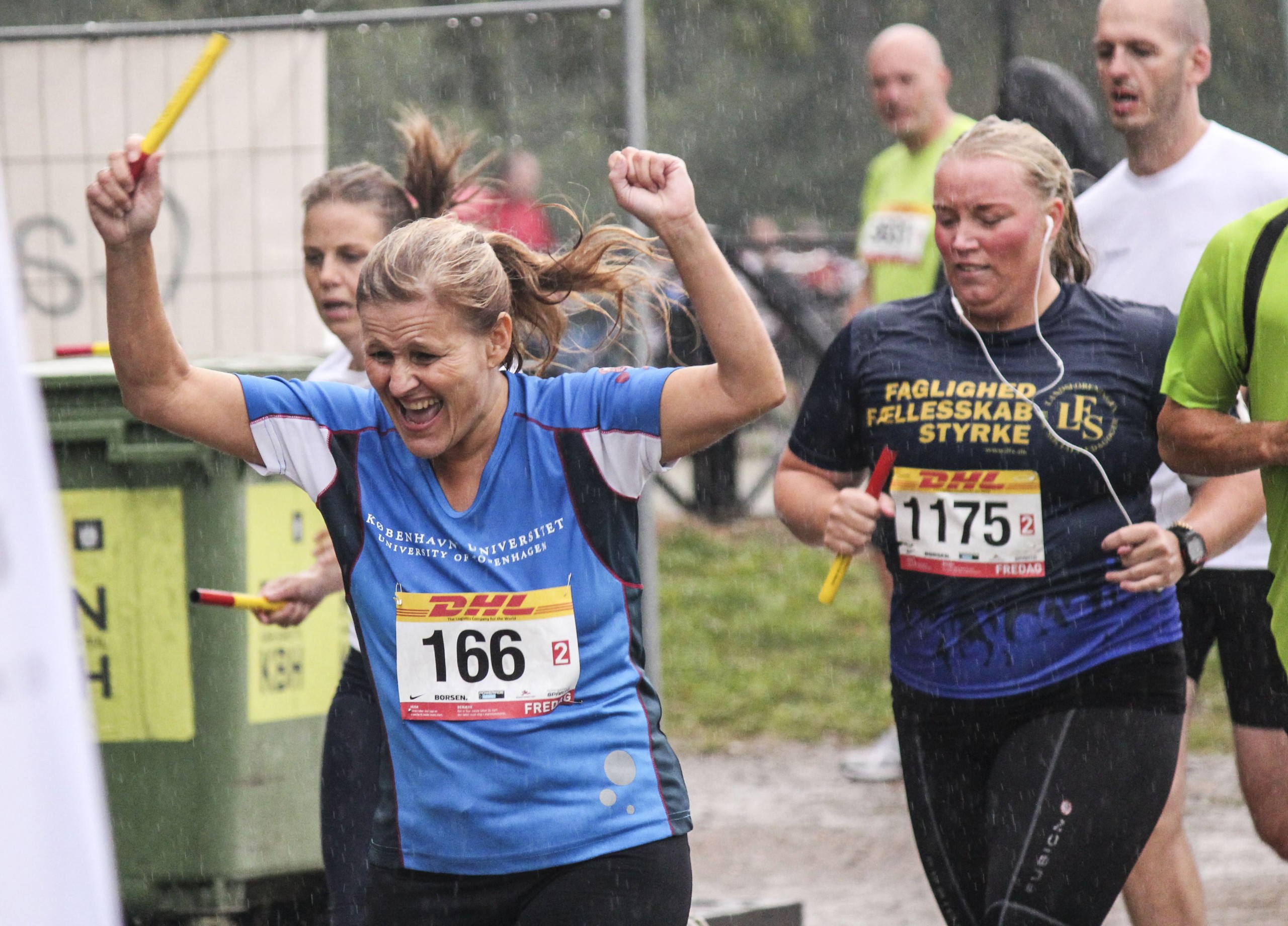 Some years it rains, like last year. And it can get very competitive too. But it is mostly fun
image: Alex Kostrov

It is all for fun. But a new trophy is bound to increase the level of ‘friendly’ university competition at the largest running race in Northern Europe.

The new trophy, and a 9 litre – magnum-size – bottle of prize champagne, will be awarded to the fastest university team this year right after the event on Friday 29 August.

“Last year DTU was on the same day as UCPH and we talked about making a joint university day. We then had a meeting between the organisers among the five Copenhagen universities. Sparta, the organisers for the event, then helped us,” explained Niels Wollesen, who organises the UCPH involment in DHL.

The university that wins the trophy is responsible for the engraving of their own winning team’s name before the next year’s event. Sparta, the running club that organises the massive five-day event, is interested in making Friday a university day.

Sparta will announce the winning university team at 9pm, and then the trophy ceremony will begin.

Based on past performance, the University of Copenhagen has a good chance to win the trophy, with a strong string of teams at the top level. Last year two UCPH teams were within four seconds of each other on the finishing line after the 5 times 5 kilometres.

The winning teams’ runners from UCPH averaged 19:30 for each five kilometre last year, but this may not be enough. So far, the University of Copenhagen has not started to co-ordinate elite runners from different departments to set up a dream team, and it is not known whether any other universities have done so.

However, if they did they would have the advantage, Niels Wollesen admits. But so far, “I have not heard of any co-ordination at that level”, he says.

The number of teams participating in the DHL reace has already surpassed previous years, according to the UCPH organisers. As of 21 August, 514 teams of five had signed up, 42 teams more than last year, meaning that more than 2,500 UCPH staff and students will be participating on the day.

The DHL race is on Friday 29 august.