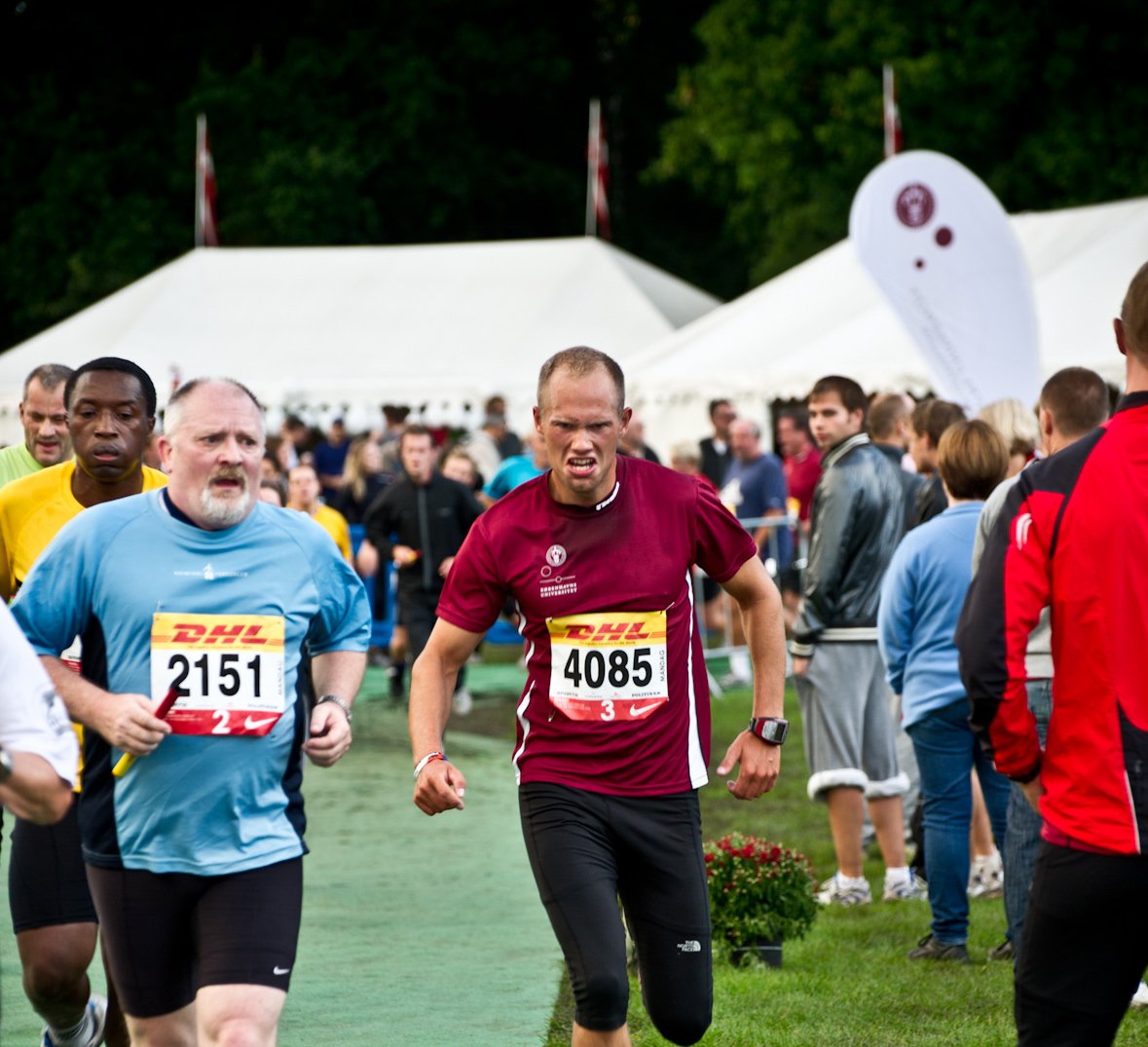 Food economists from the Institute of Food and Resource Economics, FOI 1, were the fastest university team, outsprinting ChemBiol 3 by only 14 seconds.

The food economists thereby vindicate last year’s win, which has since been rocked with controversy and allegations after the team was disclosed to have got an eight-minute head start.

Runners up to the winning FOI 1 in second and third place were, if anything, even more remarkable.

In third, and also with one woman on the team, were KU Systembiologisk Forskning 1, last year’s XLab, which came in only seven seconds after.

As flagged already Monday night on UniversityPost.dk, pre-race favourites from the Niels Bohr Institute, The Tachyons, were off form, finishing only fifth behind the university’s Team Ultrafast, after being forced to take on last minute team member replacements.