Director of new physics thriller: It is like Wikileaks in 3D 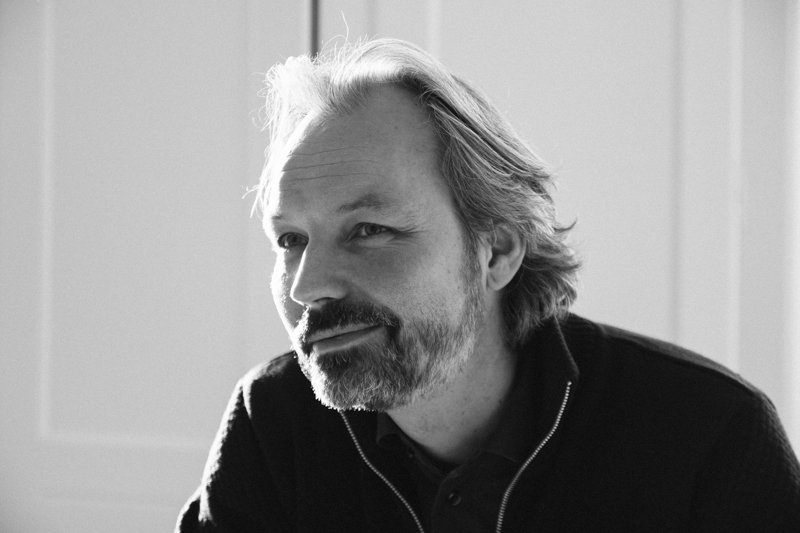 New multimedia web thriller Cloud Chamber is set at a fictionalised Niels Bohr Institute and is about 'seeing something that nobody else sees'. Interview with the director Christian Fonnesbech

by: Alberto Cereser and Martina Zamboni

A new multimedia web series has been filmed at the University of Copenhagen, inspired by the Niels Bohr Institute.

The University Post caught up with the director, Christian Fonnesbech, who is himself a University of Copenhagen alumnus, to find out what it is about ‘Cloud Chamber’ that makes it different from a normal film.

What is Cloud Chamber?
“Cloud Chamber is an online mystery. It works like a fictional Wikileaks in 3D. It’s an investigation where the user enters a confidential database and investigates what happened. Then, Together with other people, the user has to find, discuss their way through, much as you would do on Facebook. The confidential files are film clips, documents, emails and diaries… ”

“We wrote the scripts so that they’re open to interpretations. We wrote a big story, choosing to show little bits of it and leave it to the users to figure what happened in the parts they haven’t seen.”

You have a degree in Film and Media from UCPH. How was your time there?
“I already knew I wanted to be a director, so I started making short films. I think I did nine, and they were all terrible. I couldn’t understand why they were so bad, so I studied editing theory, acting theory, art history. And slowly my films got better. Freedom was the best thing about being at University: they’d let me do anything, as long as I could explain why I needed to learn it.”

Where does this ‘transmedia’ thing come from?
“Towards the end of my studies, I realized that whenever new technologies are introduced, the way stories are told changes. For example, novels come from the ability to print, and movies are a product of the chemistry and electricity that came out of the industrial revolution.”

“And that’s when I had this big brain wave: ‘Oh my god, the internet! The Internet is going to be the next storytelling medium!’ For me that has become the ultimate challenge. How can we tell stories about human lives on through the internet?”

Is she going bonkers?

What is the difference between a transmedia project and a standard feature film?
“When you make a film, you put it into the distribution system, then it goes out and you can’t touch it anymore. Doing something like Cloud Chamber is much more like opening a club. When you’ve opened the club, you start watching the guests. Are they enjoying themselves? When do they leave and why? Should you serve different drinks? Or should they be in a different order?”

Is it harder to make a transmedia project than a standard film?
“It’s difficult to make anything well. It’s easy to make a bad movie and it’s easy to make a bad transmedia project. The movie format is set: you know that every Thursday or Friday there are new movies. You know that if you go into that dark room, you’ll get out again after two hours. But there’s nothing like that in transmedia. Our biggest problem is that people have no idea what they’re getting into. That part of transmedia – managing people’s expectations to something so unfamiliar – is very difficult.”

What is the story behind Cloud Chamber?
“I wanted to tell a story about growing up in a science family, because that’s my story. My parents are both biologists, the least religious of all professionals. ”

“I also wanted the story to be about seeing something that nobody else sees. I grew up in a family where there were no other artists, and I wanted to be one. That’s why the signal only happens in Kathleen’s head. The big question is – is she lying, is she really seeing things, or is she going bonkers?”

Try out the mystery

In Cloud Chamber, Kathleen is only 23 and the Deputy Director of Research. What’s her career advice to budding scientists?
“Well, first you need to get two PhDs before you are twenty! But maybe Kathleen’s position is more a result of her family’s connections and the way she was brought up, than of sheer brain power. It is very much a story about the effects of your upbringing. ”

Do you think transmedia projects will kill books, movies and music?
“No I don’t. We haven’t stopped reading books just because movies came out and we will not stop watching movies because these new things came along. But from an artistic point of view, I think this is the most exciting place to be. The internet is the new frontier, and I am fascinated by the idea of exploring it.”

Here is the trailer for Cloud Chamber:

Want to try your hand at the mystery? Click Here.