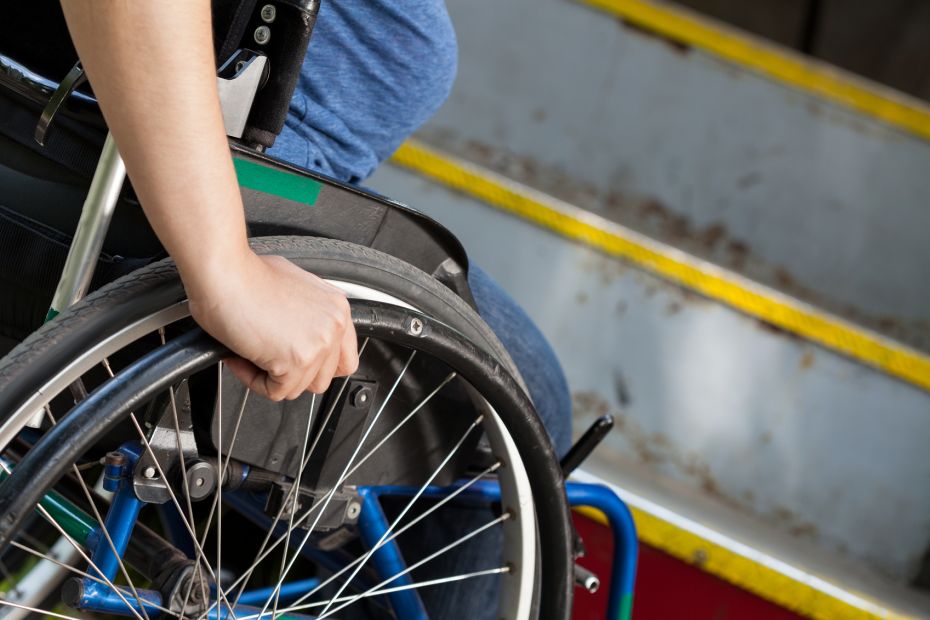 Students with disabilities are being hit hard by the Danish government’s Study Progress Reform. Even if they manage to get an exemption from the reform’s requirements to finish their studies faster, they lost their Danish SU study grant if they fall behind. ‘Disgraceful’ says a spokesman for the students

Repeated promises have been made that the Study Progress Reform would not hit students with reduced abilities. But even if they are allowed dispensation from the reform’s speeded up activity requirements, disabled students are deprived of their Danish SU study grants if they fall behind.

University of Copenhagen (UCPH) Prorector for Education Lykke Friis told the University Post in 2014 that “it is quite legitimate for some students with disabilities to need extra time to complete their studies. But the Study Progress Reform takes this into account. Students with disabilities may apply for exemption from the requirement that they register for 30 ECTS points a semester.”

But Lykke Friis’ promise does not take the Danish SU study grant requirement of activity into account.

“There are two sets of regulations,” according to Anni Søborg, Deputy Director for Education at the University of Copenhagen.

“The first is the education regulation set, which includes the activity requirement which the different boards of studies may grant exemptions from. The second is the SU-regulation set, and this is outside UCPH jurisdiction. ”

Anni Søborg points out at the same time that there is no 1-1 correlation between the education regulations and the SU-regulations.

This inconsistency means that there are two activity requirements. One requirement is from UCPH, which – pushed by the Study Progress Reform – requires a faster study completion time. The second requirement to speed up comes from the Danish students’ Grants and Loans Scheme Agency – or SU office. The problem is that you, as Prorector Lykke Friis said, can be exempted from the UCPH education regulations, but not from the SU regulations.

Instead, you can be offered something called re-compensation. But as can be seen on the Ministry for Education and Research’s guidelines on su.dk, it is unlikely that students with disabilities will be able to receive re-compensation.

“Disability is not considered an illness and will not in itself give you the right to supplementary [SU, ed.] instalments,” the page writes.

The Disabled Students and Graduates (HSK) association is unimpressed – to put it mildly – with both the Study Progress Reform and UCPH’s implementation of it.

“It is awful that there is no relationship between SU-law and the dispensation opportunities for activity requirements. This is not the University’s fault however, but only the politicians in parliament,” says a board member and advisor at HSK René Ruby.

He continues: “As far as we know, makes Education Services at the University of Copenhagen do what they can in terms of exemptions from the Study Progress Reform requirements. But it is not the Education Services or UCPH responsibility that SU legislation is lagging behind.”

This view is confirmed by Deputy Director for Education at the University of Copenhagen Anni Søborg:

“At the University of Copenhagen we only concern ourselves with the conditions under which students carry out their studies, not with student financing. This is SU-law, and we have no influence,” she says.

Not easier for disabled students

According to the Disabled Students and Graduates (HSK) association there is, however, something wrong with some conditions for disabled students that the UCPH can influence.

He explains that students with disabilities can only be exempted from the study requirement, if the extension of their studies is due to a deterioration in their functional impairment, and not the disability itself. He points out also that, despite the adjustment of the Study Progress Reform that was started in the Autumn of 2015, it does not look like there will be any real improvement in conditions for students with disabilities.

The University of Copenhagen recognizes that there is a problem with the conditions for students with functional disabilities. Both in terms of the Study Progress Reform and the SU-law.

“There is clearly a need for a greater priority to be put on the student affairs of those with disabilities at the University. This is why we in November 2015 adopted a strategy on supporting students with functional disabilities, but it takes time to implement the whole strategy over the whole of UCPH,” says Anni Søborg.

She also recognizes that UCPH has a tough communication problem in informing disabled students on whether they can get dispensation for Study Progress Reform activity requirements – and what it will mean for their SU study grants.

“It is difficult to convey the fact that there is no 1-to-1 correlation between education regulations and SU-regulations. This is probably why there is so much confusion about it, especially for the students,” says Anni Søborg.

The confusion is hardly cleared up by the fact that all the information for disabled students – on the Study Progress Reform’s activity requirements, their options for dispensation, and above all the consequences for their SU study grants – is not in one place.

Instead, disabled students have to dig up information themselves from a variety of different websites. Information about the extra instalments of SU grants they can find on su.dk, information on allowances for disabilities is on the Danish Agency for Higher Education’s
website, information on the dispensation from the regulations are found at the various study boards, and the list goes on and on.

And if the disabled students manage to track down all the pieces for this puzzle, the following picture emerges: It is possible to get an exemption from the University’s Study Progress Reform’s activity requirements, but it’s hard – and you cannot get a similar exemption which extends your SU study grant.