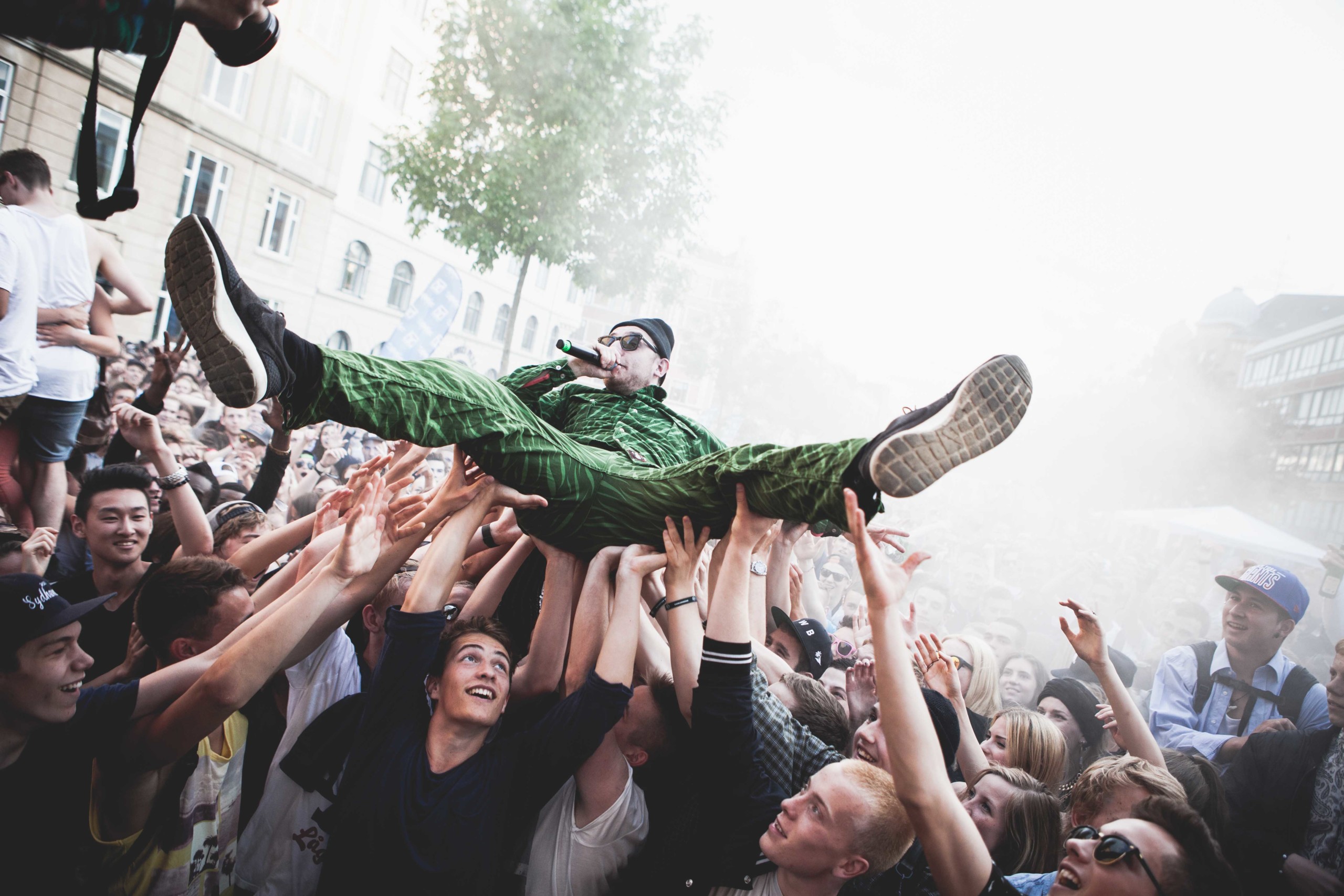 From the 2013 event. This year will be fun too, organisers promise!
image: Marcus Palm Andreassen

The Distortion festival hits Copenhagen 4-6 June. Here are some inside tips from the organisers

Distortion has been growing in all directions since its beginning in 1998. I know it’s a cliché to put it this way, but it’s nevertheless true, that there’s something for everybody now.

This means, there are as many routes through Distortion as there are people joining. This year, Distortion has an even greater focus on the music, but obviously lovers of perfomance art, great food and general madness won’t be disappointed either.

Wednesday begins on the streets of Nørrebro. There’s a BørneDistortion party for the kids. Michelin-starred restaurant Kadeau will host this year’s København Middag, where people will dine at a 80 meter long table in the middle of the street.

Obviously, there are all the different streets parties as well, but personally I’m looking even more forward to the Distortion Club party at Nørrebro Teater. Among others Hockeysmith, a really great semi-electronic pop duo are playing their first show outside the UK (see the video below), and one of Detroit’s most promising new techno talents, Jay Daniel, is DJing. He is a real genius and – at least in my head – one of the biggest scoops on the line up this year. Check him out on Soundcloud.

After Nørrebro, the street party moves to Vesterbro. Once again, there’s both BørneDistortion, København Middag, and a huge collage of different street parties.

This years biggest new stage is in Enghaveparken, where Distortion will present classical music way out of the environment in which you’d normally experience it. It begins at 16.00.

At 18.00, you should swing by Oehlenschlægersgade Skole’s school yard to see American psychedelic folk rock duo White Magic (check out the video below) and Family Underground, which is one of Copenhagen’s absolute best rock bands playing great mix of noisy rock and hypnotic minimalism.

Later, people can choose between five different Distortion Club events. Indie rock entusiasts can go see Cosmonauts, Elephant Stone and more in Pumpehuset, Disco fans should go see Todd Terje and take a swim at DGI Byen, and followers of experimental electronic music can experience Matmos at the Jazzhouse. And so on and on.

The biggest event on Friday is the harbour party on Refshaleøen from 14.00-22.00. There are eight stages and more live acts and DJs than I can count, but don’t miss the energy around rising hip-hop stars such as Højer Øye and Gilli! (see video below). If you’re in the mood for techno, the Swiss duo Echo 106, who have released great records on labels such as Jamal Moss’ Mathematics Recordings, will be amazing too!

Later, acts such as dubstep legend Skream and Kanye West’s beatmaker Evian Christ are playing in the huge climbing hall at Refshaleøen. The Distortion Club party at Culture Box will be another alternative. I’m gonna try to make it in time for Blawan.‘s DJ set.

On Saturday, it’s time for the Final Party. With eleven stages, there are once again many more shows than you can possibly see. Personally, I don’t want to miss the amazing dub vocalist TIkiman’s live show with German techno legends Scion (listen here), noisy rock outsider Gary War(see video below), and italian house-techno-disco DJ and musician Mr. Ties, who will get his own stage and play for 12 hours.

After the Final Party, I guess the “Hygge” event with soothing music on the grass in Ørstedparken will come in handy for many. The Distortion Club event at Charlottenborg between 15.00-17.00 is also a huge scoop, though. It will be very interesting to see the premiere of a performance written by the great Danish Fluxus artist Henning Christiansen.

From 22.00 to 04.00, you get the last chance to use any remaining energy in the Dome of Visions, where the amazing German techno and electro DJ Helena Hauff will DJ. Before her, Danish drum duo ToTo is playing one of their intense live shows.

Finally, there is only to repeat the advice given by my Distortion colleague last year: