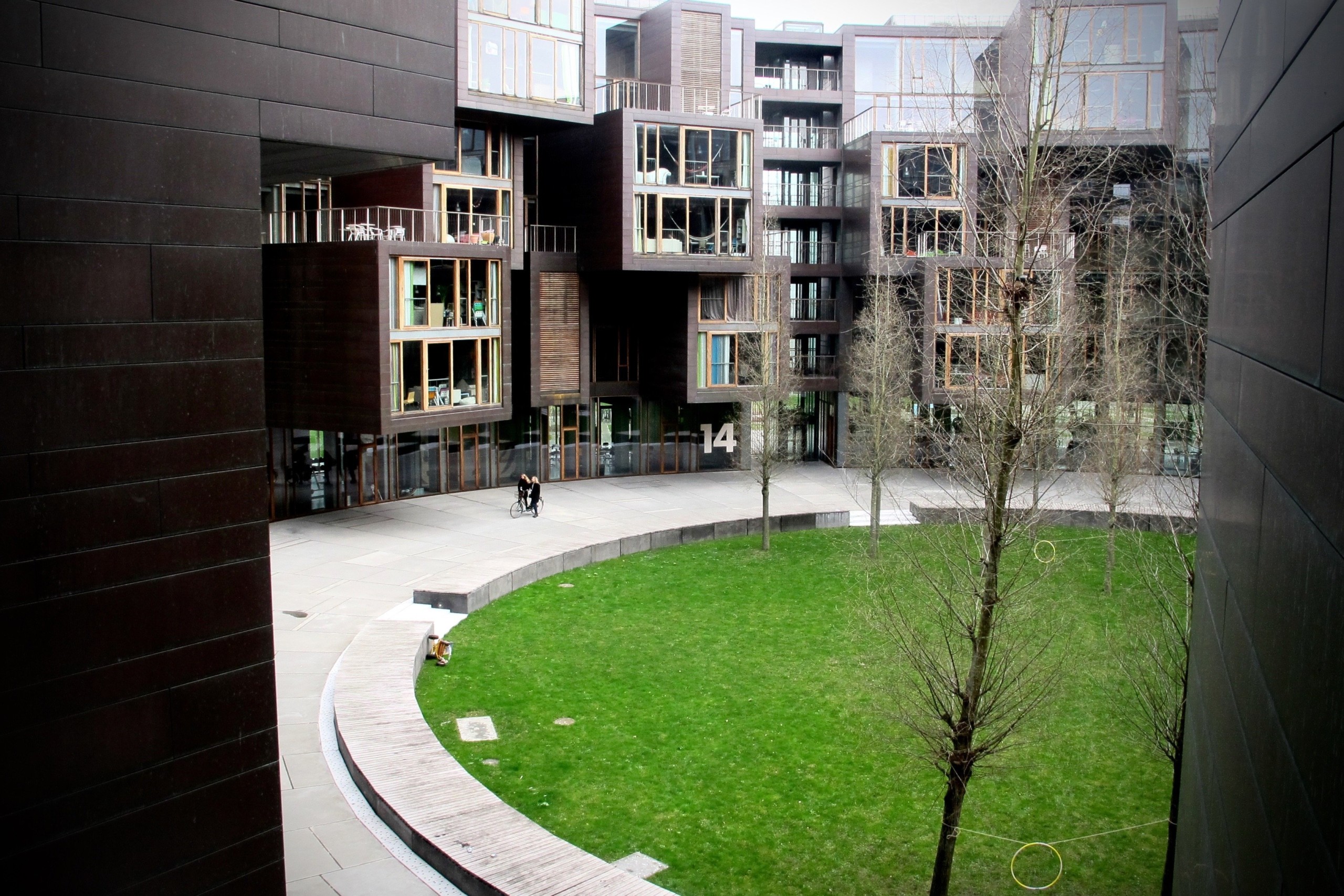 Danes sure know how to party and Tietgenkollegiet is the best place for it, writes our student reviewer

The University Post has done it before, but it is time to revisit the famous Tietgen dorm, as I want to share my story after living there for six months.

Tietgenkollegiet is known for being one of the best dorms in Europe mainly for its outstanding architecture and appealing design, but also for its positive reputation. Despite being more than 10 years old now, its appearance is still impressive: a brown, circular six-story building organized into five blocks ordered with even numbers from 10 to 18, which are painted big and white outside each entrance.

All the dorm’s kitchens and the common rooms face inwards, while the private rooms face outwards. The ground floor is dedicated to dorm facilities, namely the dorm’s administration, a study room, a computer and printing room, a small but well-equipped gym, colorful laundry rooms, two music rooms, and a bike shop, plus some other rooms used for group work and workshops. Even if you stayed there 24/7, you wouldn’t be able to use them all.

Each block and each floor defines a group of residents sharing a kitchen (for example, 18.2 stands for block eighteen, second floor), and students strongly identify themselves with it.

Every kitchen and the common room located next to it is shared between students living in the same corridor. There are twelve rooms per corridor, all of them with a private bathroom and a big window. However, the room’s configuration differs in size and whether there’s a balcony or not. One room per corridor is destined for couples and is notably bigger in size, but it can also be rented by one student only. There are 30 kitchens and 360 rooms at Tietgen in total.

In addition to the kitchen and the common room, every corridor also has a refrigerator room where students can dry their clothes, keep extra kitchen utensils, and store food in freezers.

The dorm is located on Amager, just next to Islands Brygge metro station and University of Copenhagen’s KUA campus, and is mainly surrounded by university and residential buildings. It is also very close to DR Byen, the headquarters of the Danish national broadcasting corporation, where you will also find DR Concert Hall – an impressive cubic building completely lightened in blue at night.

In the University Post Dorms Disclosed series, student residents write a review their own dorms and residence halls in English.

Here is an overview of all the Copenhagen residence halls, collegiums and dormitories.

There are at least three different supermarkets open until late in comfortable walking distance, many bike shops, and a small shopping center, as well as bakeries, restaurants and varied shops. Tietgen’s location is the ideal balance between the city centre and its periphery. It takes 5-7 minutes to bike to the city center, and about as long to go the opposite way to the modern living area called Ørestad, where you’ll find the Signalhuset dorm.

For students studying at North Campus or Danish Technical University (DTU), Tietgen’s location is not favorable. It is also not the best place for those, who don’t want to socialize in the common areas or get involved into party organization, decoration and cleaning.

Living at Tietgen will get you closer to the Danish culture. Since there’s only two out of twelve rooms in each corridor reserved for exchange students, you’ll mainly be living with Danes, learn their habits and try to speak their language (this doesn’t mean you won’t have other nationalities in the ten remaining rooms, but it is highly unlikely).

This dorm is one of the few where your contact with Danes will be real! You’ll find that there are organized committees for everything. Students gather to do what they like the most: play football, do yoga, cook, plan parties or events, and even welcome foreign students (you’ll sure be well-received by the exchange students committee).

­­­­­For sure the best parties will take place at this dorm: Tour de Tietgen, Tour de Chambre, Tour de Cuisine, Pre-semester start party, Semester start party, Julefrokost… the list of good parties is endless. Despite the crazy drinking on weekend nights, you’ll see most residents at the gym quite frequently or going for a run in Amager Fælled, as healthy and active lifestyle is very popular at Tietgen.

The design of Tietgen works well. It is quite easy to see where’s the fun and join it, as the interior of the circle contains big windows showing the activity of each kitchen. Also, the residents tend to be very friendly to new students, and it is easy to blend in (not so easy if you don’t speak Danish at all).

The Facebook groups and the internal administration page is very active and on top of everything, which makes the communication of events, trades, parties and any kind of problems very simple and easy to participate in. However, the rooms here are expensive, especially for exchange students.

To appreciate Tiegten to the fullest, you should be outgoing and eager to make Danish friends, learn their culture and respect their habits. After all, you are just another exchange student who’s moving into their kitchen from a period of six months to a year, while some of them have already been living there for more than three or four years. But be certain that if you are lucky enough to have your exchange there, you’ll probably have Danish friends for life, participate in the best events, and learn more informal Danish expressions than your exchange student friends in other dorms.

If you want to write an English-language review of your dorm write to uni-avis@adm.ku.dk and mark it ‘Dorms Disclosed’