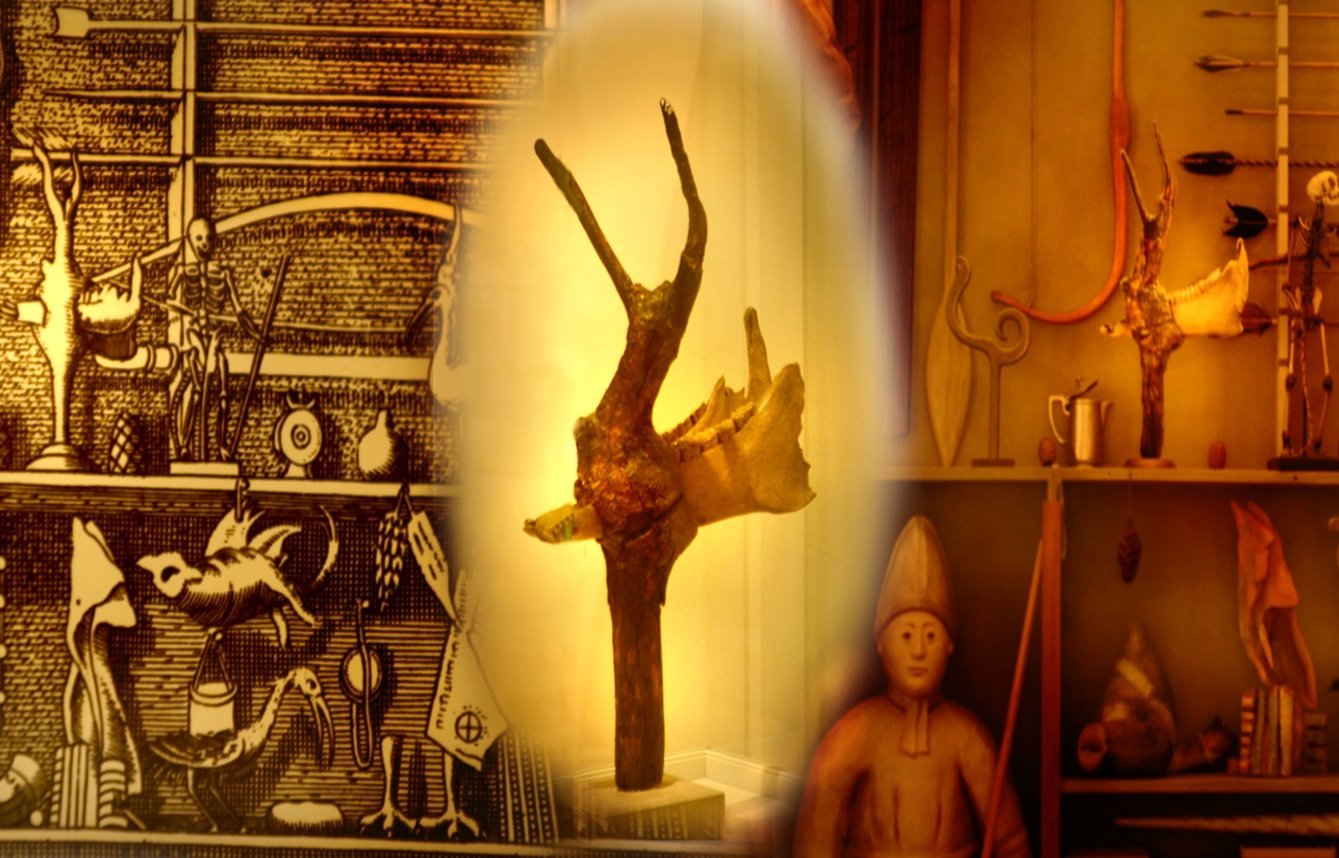 So how did this happen? A horse's jaw stuck in the root of an oak tree

A ‘horse jaw grown into a tree root’.

The object is part of the ‘Museum Wormianum’, an exhibit at the Geological Museum, part of the Museum of Natural History, University of Copenhagen.

Ole Worm was a Danish physician who lived 1588-1654. Driven by pure curiosity of how nature works, he collected animals, plant and curios from all over the world. After Worm’s death, the Danish King Frederik III bought Worm’s collection and incorporated it into his own. This was known as the Kongelige Kunstkammer or Royal Cabinet of Curiosities.

It included things like a horn of a unicorn, a stuffed polar bear, rare plants and metals and this, a horse’s jaw grown into an oak tree root. All his natural history objects were subsequently, in the 19th century, transferred to a museum. In the attic of an old museum building in Krystalgade, the horse jaw was rediscovered in 1898.

According to Kristian M. Gregersen, assistant curator, conservator at the Natural History Museum of Denmark, “the only reason why we hail the horse jaw as anything special is because it is the only object that we can trace back to Ole Worm with 100 per cent certainty.”

“We probably have several objects from his collection – we just can’t be sure which are which since they are not as easily identified as the jaw bone,” he says.

All things wild and beautiful

The present exhibit comes from an artist Rosamond Purcell, and is called ‘One Room’. It is a reconstruction of the Museum Wormianum based on research at the zoological museum where the specimen was found.

Rosamond Purcell saw the manifold or horse’s jawbone, in the mid 1980’s, next to the engraving by G. Windedorp with the title ‘Worm’s Museum or the History of Very Rare Things’. She was inspired and started to reconstruct the room with the curiosities after the illustration.

As she is quoted in the information at the museum: “The startling effect of seeing the artifact, and so near a likeness of it, led, some years later, to my reconstruction of this place – Ole Worm’s museum as drawn by G. Wingendorp”.

As for the actual object, the ‘horse jaw grown round by the root of a tree’ survived more than 300 years of existence.

How on earth did a horse’s jaw get into a tree root? Well nobody knows. But the natural explanation could be simply the following: the horse jaw was covered by sediment through the years. Then for whatever reason the seed of an oak tree, an acorn, sprung into a tree, with the roots, encountering the bone, growing down and around it.

As Kristian Gregersen of the Natural History Museum explains, this is a likely explanation. ”A fluke encounter between a root and a jaw. Lots of bones that get buried in the ground are affected by roots of plants and trees, but in this case it is quite remarkable how the root has grown around it.

”We do have other objects, like deer antlers, that have become embedded in tree trunks,” says Gregersen. ”This is something that most people recognize from old houses where trees have grown big and almost devoured a nearby fence, a branch from another tree, or the string of a swing. These objects were actually so sought after that they could very well have been man-made. An object, an antler, was somehow positioned on a tree as to promote the tree to grow around it. It would have taken a long time though.”

As Worm himself said, ”Nature works in wondrous ways…’I consider it to be a delightful occupation for a gentleman to investigate the nature of thing,s and how they come to be.”