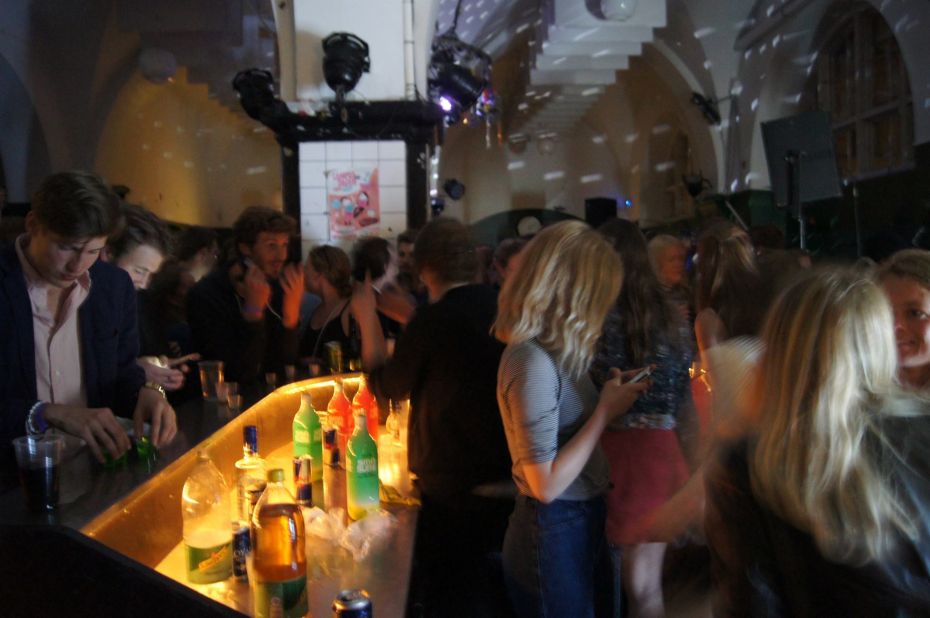 Students of political science had been forced to stop all parties on university premises since an intro celebration went off the rails in early September. Now their enforced break is over and students can once again turn up the music and dance the night away

In early September the University Post reported that political science students had partied themselves into an enforced not-so-festive shutdown, with all planned celebrations canceled.

At a party for new students, damages worth DKK 10,000 and a burned-off power line insulation had been subsequently discovered.

This had meant that the 1,800 or so students at the department have had to put their dancing shoes away indefinitely.

In the days and weeks after the introduction of the ban, several meetings were held between department management and the 132 student tutors to find a way forward. The mood among students was then mostly critical. There was a feeling of injustice at them being collectively punished, and anger that there was never a check-up on who it was that actually had been responsible for the vandalism.

The students ended up having to make an action plan for parties with a higher level of safety before they yet again were allowed access to the campus buildings.

Now, two months later, the students’ initiative, which includes a greater use of campus service personnel at parties, has been approved by department management.

“The concept has been discussed in various management units at Department and Faculty level. This has resulted in the Dean’s approval from today, repealing the ban on parties at political science.”

In the future, all students who are responsible for larger parties need to meet with Head of Department Anders Berg-Sørensen at the beginning of the semester and present the semester’s planned celebrations.

In addition, the students’ initiative includes a plan to inspect the premises before and after parties and optimize the use of guards to keep an eye on risk areas on campus.

When the University Post recently talked to Head of Department Mikkel Vedby, he praised the student-led process, but could not yet confirm whether there was an approved agreement.

Emilie Kirstine Heide from Active Political Scientists has also been happy with the process and feels that the students’ work has been given recognition from management and the preparation of the plan has been taken seriously by students.

Both the management, the study board, and representatives from the Department’s student union, revue organisers, as well as the study programme’s tutors have been involved in the process. It now finally looks like it is time yet again to fill up the fridge with cold brews.

It is rare that the University of Copenhagen put such harsh restrictions on students’ beer intake and social activities.

If there has been a debate it has been about the study intro camps for freshmen.

However the Faculty of Humanities introduced a new, restrictive, alcohol policy in the fall semester of 2013. Beer sales were banned on all weekdays except Friday, where beer can be purchased beer after 17.00.

One of the reasons for this move at the time was, according to faculty director Kristian Boye Petersen, episodes of ‘actual vandalism on buildings and equipment.’