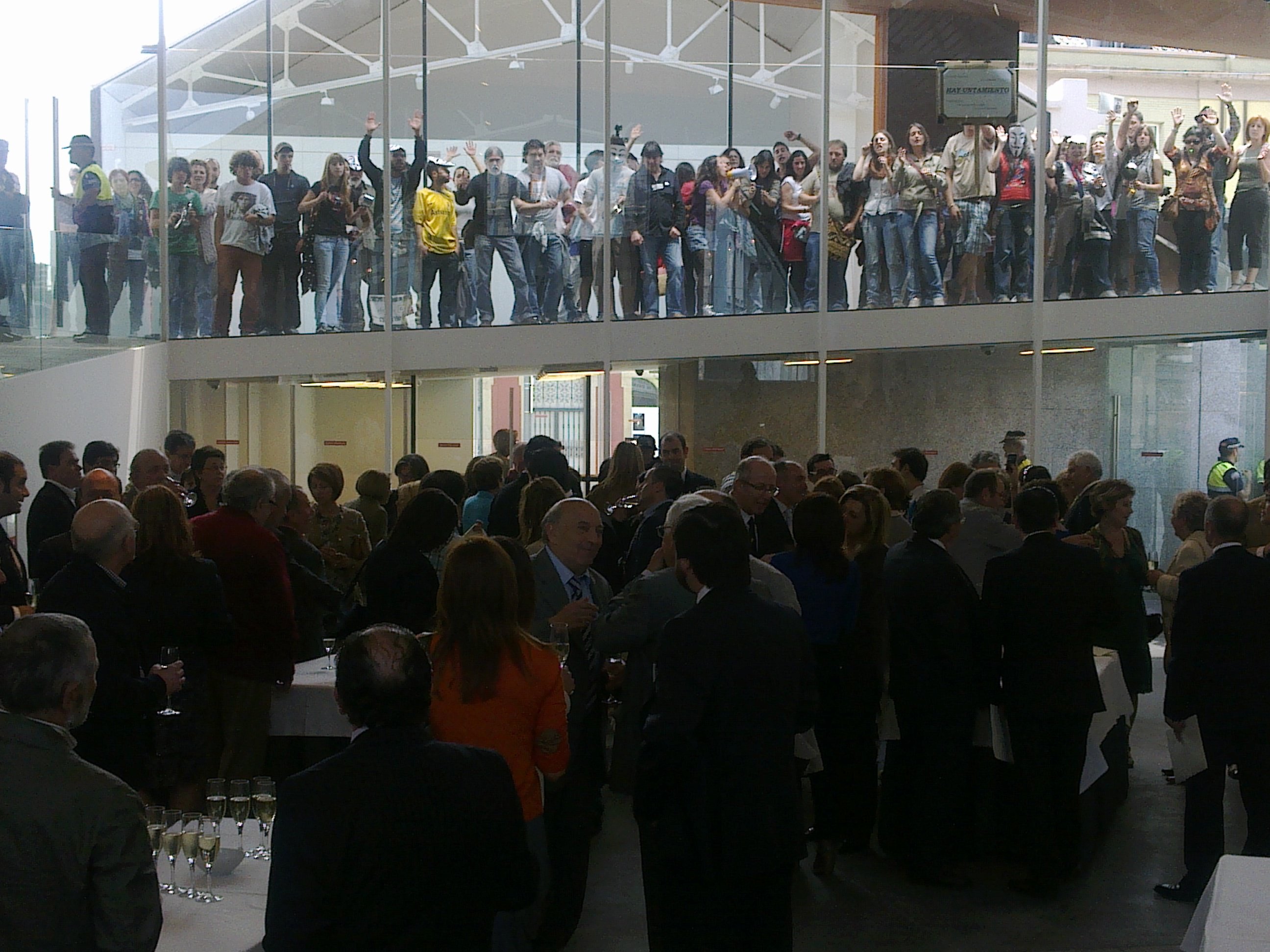 Local bigwigs toast with champagne after a local election in Avilas, Spain in 2011. Behind, the 'indignado' protesters have had enough
image: Jesusito, creative commons license

Students and graduates that leave university now are being cheated out of their future, writes the editor of the University Post

In German, the term is Generation Praktikum.

You could also call them a ‘precariat’, a generation of interns that only have a precarious toehold on the job market.

As Europe wades through economic mud, university graduates coming out now have little chance of landing a job.

It is the harsh, boom and bust logic of generations and job markets: In boom times, new students are hired by businesses and institutions. In times of bust, the few jobs that are there get snapped up by those who already have the network and experience.

In these countries, as well as up here in northern Europe, real jobs are kept for the lucky, previous, generation of graduates. It is now a privileged clique of workers and staff, unionised and with high job protection, services and privileges.

Time to be ‘indignant’

Now and in the coming months, the University Post, will put a special focus on what we call the Lost Generation.

It will not be all gloom. The ‘Indignado’ protests in Spain show that this generation will not go dying into the night. And disparate protest initiatives like the ones in Britain against university cuts, Occupy Wall Street in the US, and the anti-ACTA movement show that this generation is not one that will be bludgeoned by a spoilt 1990s graduates’ cohort holding on to their privileges, copyrights and paychecks.

We at the University Post will offer stories of graduates’ pain and suffering. We will urge graduates to find common cause. We will also offer tips for extending networks, for making a life halfway in to that elusive, paid job market, and (who knows?) maybe, sometime in the future, landing that cool job.